The reports of England's demise are greatly exaggerated

England entered the 2019 Cricket World Cup as the No.1 ranked one-day side and the favourite to win the trophy.

England had played a brand of forceful, aggressive cricket over the past two years that laid waste to all who dared face them. Even among the oft-pessimistic English fans, there was a belief that England could win it all.

Tuesday’s loss to Australia has transformed that slight doubt into a nation-wide gnashing of teeth. The English press, always willing to rummage up a bit of panic, has stated that the team is “teetering on the brink of calamity” and “heading for another World Cup shambles”.

In spite of these concerns, it is too early to call time on England’s campaign for the cup. There are a few things in England’s favour that lead me to believe they will comfortably qualify for the final four.

England’s batting tactics are premised upon an aggressive attack at the start of the innings, which is then taken up by each of the batsmen to come.

Without a successful, belligerent platform at the start of the innings, each following English batsman is less able to commit to their desired style of play.

Since the start of 2017, Roy and Jonny Bairstow have opened the innings together 29 times and averaged an opening partnership of 62 runs at over seven runs per over.

In the three games England has played with James Vince opening the batting, the opening partnership has averaged 15 at a net rate of 2.55 runs per over. So not only is England losing wickets earlier, they are struggling to get runs on the board at the start of their innings. 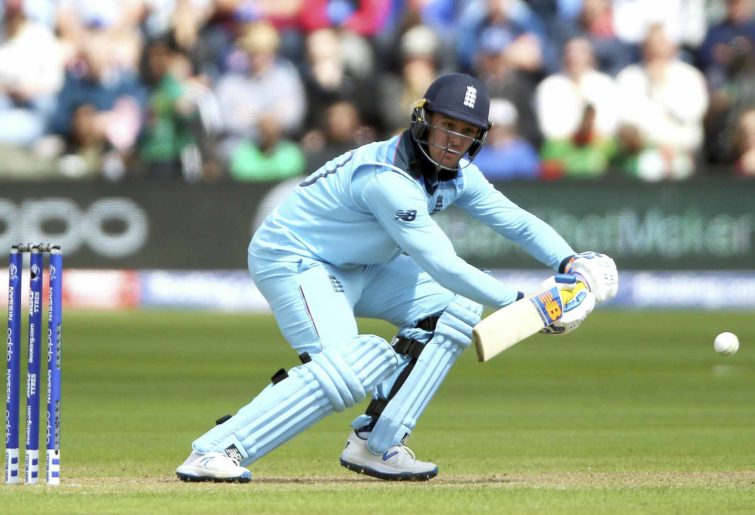 The good news is that Roy is likely to return for their next match against India on Sunday. Having Roy replace the underwhelming Vince in England’s line-up could supercharge their batting for the key games against India and New Zealand.

A return to form by Buttler and Bairstow
Jos Buttler and Jonny Bairstow have been the beating heart of England’s recent strong batting. Buttler came into the tournament averaging 69 over the last two years, and Bairstow averaged 73.

In the World Cup so far, Buttler and Bairstow are averaging 37 and 35 respectively. Those are solid averages, but below the standards you would expect of players of that quality.

A look at their recent innings does not demonstrate any major technical flaw which opposition bowlers are exploiting.

To use the recent game against Australia as an example. Both Buttler and Bairstow got started and made their ways reasonably comfortably into the mid-twenties. But instead of consolidating those innings both were soon dismissed.

Bairstow struggled to control a pull stroke and holed out to Pat Cummins, while Butler played a well-timed flick that was brilliantly caught by Usman Khawaja.

In both cases, a promising innings was ended by a slightly loose stroke. Given their recent records, it is much more likely that those promising starts will turn into something far greater. If either Buttler or Bairstow re-establish their dominance.

Then England becomes a far harder team to beat.

In this World Cup, England has won a much lower percentage of their matches. England is largely the same team that produced those strong results.

Outside of Roy’s injury and Alex Hales’ suspension, the players that produced those results are still there. It is unlikely that they have gone through some catastrophic Space Jam-style event where their talents have been taken by aliens.

At some point, England will revert to their recent mean level of performance. The question is whether this can happen soon enough to prevent elimination.