Don’t get rid of the score review, just review it

At what point in this AFL season will the focus be on what’s happening on-field, rather than off it?

It seems to me that week in, week out we are discussing what amateur series of events took place at AFL HQ.

When Essendon met the Giants on Thursday night at Marvel, the entertaining encounter was overshadowed by a questionable score review decision.

Late in the fourth quarter, Essendon’s Shaun McKernan kicked a goal that levelled the scores against the Giants with just over two minutes remaining.

The problem? The Giants’ Adam Kennedy just touched the ball as it sailed through.

That was clearly picked up by viewers at home immediately after, in vision replayed by Channel Seven and Fox Footy.

But the professional behind the score review gave it the all clear, and the ball returned to the centre.

It found its way forward for Essendon again, into the hands of Cale Hooker who kicked the winner.

Which leads us to this point. Another week discussing the flaws of the AFL’s systems and one we spoke about in depth just a few weeks ago.

This was the second time in three weeks the Giants had been involved in the controversy surrounding the score review system.

Against North Melbourne in Round 13, a Ben Brown goal was overturned by the score review that determined it was touch.

It was in fact, untouched and a goal.

And now the roles are reversed and unfortunately for the Giants, it might have cost them the game.

But we do know if the goal had been overturned, the Giants would’ve been five points up and had possession with about two and a half minutes to go.

It’s ridiculous to suggest that the Bombers would’ve still been a certainty to win from that position.

They did, however, deserve the win.

Coming back from 19 points down early in the last to claim victory against one of the best teams in the competition is everything to boast about.

Especially because the last meeting between these two saw the Bombers on the receiving end of a 72-point thrashing.

While the Giants have been the focus of yet another score review debacle, it’s ridiculous to say this is “karma” for what happened a few weeks earlier in Tasmania.

Nor is this “good karma” for Essendon after the Dane Rampe goalpost incident.

None of this is about luck or karma…it’s about a system that was put into place for accuracy that is constantly failing us.

This was the eighth blunder made by the score review system this season alone.

Sure, we’ve been delivered timely responses but that shouldn’t be at the expense of an accurate reading on the play.

Amazingly, the NRL, football and tennis all have a score review system that is filled with professionals that almost never fails us.

What was worse (and often is) was the response that followed by AFL CEO Gillon McLachlan.

Speaking to 3AW Mornings on Friday he said, “They (the score reviewers) had to make a decision on whether the ball was touched beyond reasonable doubt – that’s the standard to overturn a decision,” he explained.

“They had specific training this week, had gone through vision about what reasonable doubt was.”

This is the first time I’ve ever heard that the ball must be touched to a certain degree to be judged a goal or behind.

Sorry, but what sort of explanation is that?

I would’ve thought it is pretty black and white.

Ball is touched = a behind.

Ball is not touched = a goal.

But now, in order to cover yet another blunder made by the AFL, the CEO has just randomly decided to introduce a “how much was this balled touched” metre?

Why has no one mentioned that before? Is it only relevant now that the score review is coming under fire?

Then, to add further insult, AFL football operations boss Steve Hocking told SEN’s Crunch Time, “Not in my view, not in the vision that I’ve seen (was the ball touched).”

So now you have one AFL official saying the ball was touched but no enough to have an impact and another who says it wasn’t touched at all?

You can’t script this stuff.

And those comments were just the beginning.

Gillion assured Morning’s host Neil Mitchell the decision was made by one of the AFL’s “best” in the game.

Later on Friday, Fox Footy’s Tom Morris revealed that “the rushed call was made by two of the league’s most inexperienced operators”.

I guess it’s up to you who to believe.

But regardless of which side you’re on, everyone can agree that the system needs reviewing and the “training” that the reviewers apparently undertook during the week is not sufficient.

And it is worth pointing out that many commentators questioned the touch ball within seconds of viewing the replay.

It’s simply something that must be fixed.

Start with taking this seriously.

Employ professionals in every state who are up for the job.

There are existing procedures to test attention to detail…find them and implement them in the recruitment stages.

Then, give the score reviewers comprehensive training over a number of months – not just over between rounds.

Finally, don’t hide these people away in the dark. Bring them to light and hold them accountable for mistakes made.

Not for the purpose of them being slaughtered week in, week out, but so we can hear from them, like we do the MRO and the umpires, why there was one decision made over another.

Rather than having Gillon and Hocking scrambling to cover their tracks once again.

And while you’re spending so much time and effort investing in the right personnel, invest in better cameras or proper technology to get a timely, more accurate reading.

At the present time, we are judging these split-second decisions on terrible frame rates and 2D footage.

There is certainly better technology out there that will make this job a lot easier and more accurate.

Because here we are, once again with the professional Aussie Rules competition looking amateurish compared to the others in Australia.

Acknowledge that this current system isn’t working, instead of trying to cover it up with bizarre justifications and then get on with fixing it.

Because what is the point of a score review if we aren’t reviewing goals properly?

Don’t get rid of the review, just review it. 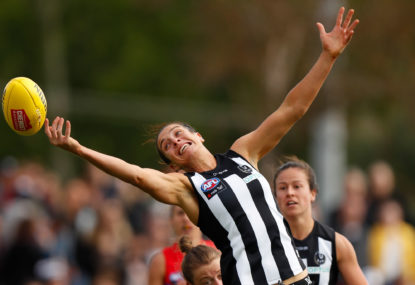 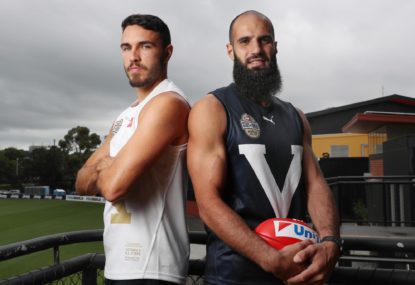 Does it mean less for the All Stars than for the Victorians? 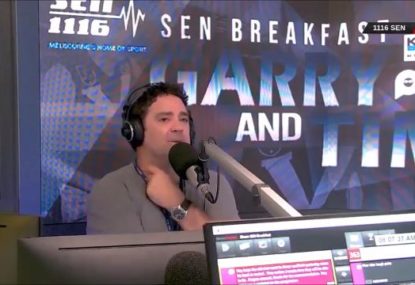 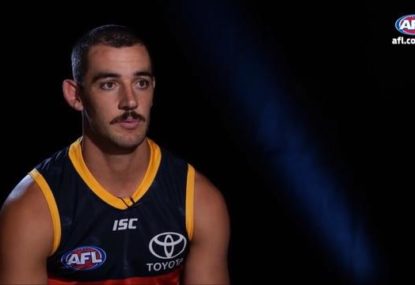