I hate Melbourne Victory — and I love them for that

There’s no better club in the A-League at setting the narrative and upstaging their rivals than the most talked about club in the land, Melbourne Victory.

I have a confession to make. It’s so stupid to admit I’m almost embarrassed.

I admire their success. I appreciate their fan-base. I think they’re the club every other A-League outfit should aspire to be.

I’ve felt this way for years. And I’m so obsessed with what they do I watch virtually all of their matches.

But I don’t watch them because I want to see Victory to win. Quite the contrary.

I’m on the edge of my seat whenever Victory play, maniacally imploring their opponents to push forward, displaying the same sort of intensity Kevin Muscat once employed on the sidelines in the hope of conjuring an opposition goal.

Maybe ‘love’ wasn’t the right word to describe how I actually feel about Victory.

The truth is I can’t stand them.

But like a hopelessly hooked addict who can’t stay away from the misery that consumes them, I hate-watch Melbourne Victory in the hope of seeing them lose.

And when they do get beaten in a domestic fixture, I feel like my day gets a little better as a result.

Forget the trophies. Ignore the marquees.

If you want a ‘proper’ football league – and let’s have it out and decide how we should even define that – it goes without saying it should include a big club we can all come together and collectively dislike.

So hats off to Victory for firing the first salvo of the new A-League season and nicking arch-rival Adelaide United’s erstwhile coach Marco Kurz.

Not because he’s the best coach in Australia, or because they genuinely conducted an exhaustive worldwide search that ultimately led them to Adelaide.

Signing Kurz as just the second foreign coach in Victory’s storied history is the biggest wind-up since the dying days of Gold Coast United.

Talk about dedication to the bit!

Pressed with the need to name a new coach following Muscat’s departure, Victory officials simply narrowed their gaze, looked out towards the South Australian border and said: “let’s just annoy Adelaide United instead”.

And in naming Kurz – the combustible, quasi-unhinged German tactician whose idea of motivating his team seems to only stop just short of running head-first through a wall and directly into the opposition’s dressing room – Victory have stolen a march on their crosstown rivals Melbourne City as well. 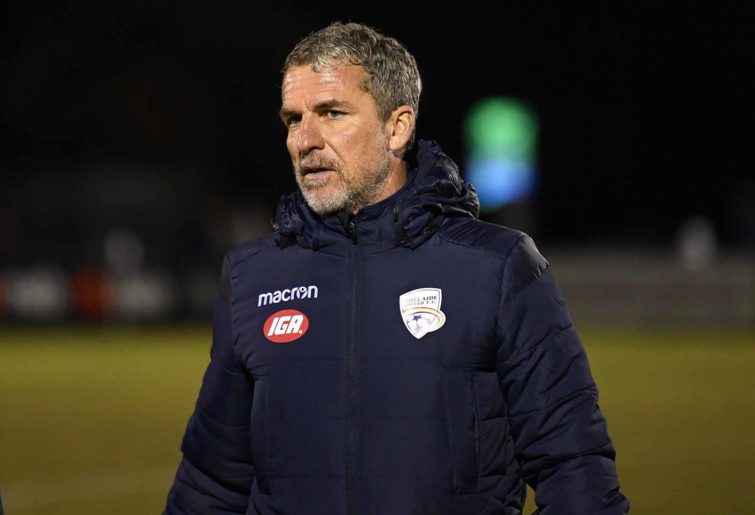 Mombaerts comes with a reputation for moulding young players – based mainly on a couple of stints in charge of some underage French national teams – but does he play the sort of free-flowing football City fans are crying out to see?

Let’s just say Japanese giants Yokohama F. Marinos are a lot easier on the eye under Ange Postecoglou than they were under his predecessor Mombaerts.

But that’s all part of football culture. Coaches come and coaches go. Players swap clubs. Fans fill their days with petty squabbles about why any of this matters.

And we need more of it in Australia.

Because as of today, we’re supposed to have an independent A-League.

And the truth is the game’s interminable governance issues have taken away from the one thing we’re all supposed to be focussed on – football.

So you’ll forgive me, I hope, for the fact I’ve already pencilled in next month’s FFA Cup clash at AAMI Park.

I just want to watch some football.

So kudos to Melbourne Victory for reminding me what’s important heading into the new domestic campaign.

I can’t stand the club. And I love them all the more for it.