As the 2019 World Cup rolls on, we continue our five-part series on the matches that shaped the 1999 edition of the tournament.

Tendulkar’s courageous century – India vs Kenya, Group A, Bristol
Following defeats to South Africa and Zimbabwe, India’s chances of going past the group stage had been severely dented. Their third fixture, against Kenya, presented them with a good opportunity to get their campaign back on track.

Making a return to the playing eleven was batting lynchpin Sachin Tendulkar, who had rushed home to attend his father’s funeral and hence had to skip the match against Zimbabwe.

Batting at No.4 instead of his usual opening position, Tendulkar came in at 2/92 to join Rahul Dravid. He reached his half-century in 54 balls, and went on to complete his century from 84 balls. Upon reaching the landmark, an emotional Tendulkar looked skywards, dedicating his brilliant effort to his late father. He eventually finished with 140* from just 101 balls, while Dravid scored 104* from 109 balls.

The pair put on an unbeaten 237-run stand to take India to a powerful 2/329, creating a new record for the highest World Cup partnership for any wicket. The previous highest was 207 between Mark Waugh and Steve Waugh for Australia, also for the third wicket against Kenya, at Vizag in the 1996 edition.

Despite fifties from Kennedy Otieno (56) and Steve Tikolo (58), Kenya were never in the chase, and were restricted to 7/235.

A see-sawing contest in Leeds – Australia vs Pakistan, Group B, Headingley
Australia’s pacers began brightly after Steve Waugh elected to field, reducing Pakistan to 3/46 in the 13th over. Inzamam-ul-Haq (81 in 104 balls) joined Abdul Razzaq at this stage, and the duo revived their team’s fortunes by adding 118 in 27 overs.

Razzaq’s wicket for 60 brought to the middle Yousuf Youhana, who combined with Inzamam for a rapid fifth-wicket stand of 52 before falling for a 16-ball 29.

Moin Khan built on the gains by slashing 31* off just 12 balls. Pakistan finished at 8/275, with the last ten overs fetching 108. Captain Wasim Akram (4/40) castled Adam Gilchrist for a duck in the first over, before Mark Waugh and Ricky Ponting put on 91 for the second wicket. 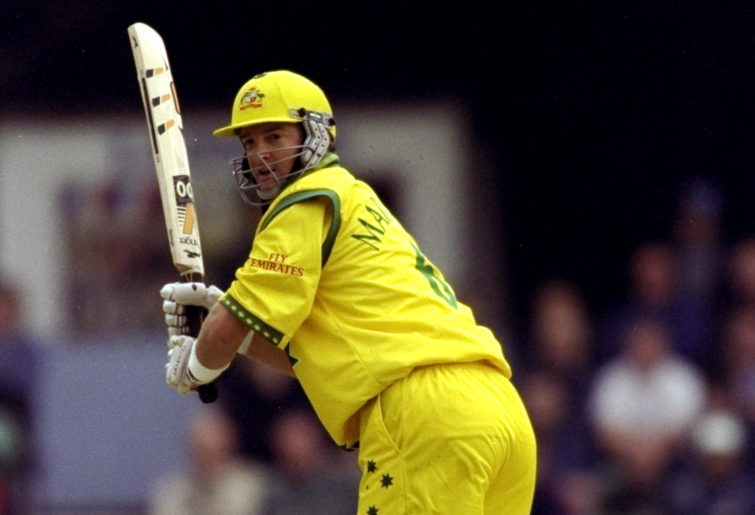 Saqlain Mushtaq induced a wobble though, as he scalped Ponting and Darren Lehmann in the same over to make the score 4/101.

Shoaib Akhtar gave Pakistan the upper hand by bowling Waugh for 49, and Australia were ultimately left with a tricky 13 runs to score off the final over with two wickets in hand. Wasim kept it tight, and took the last two wickets to seal a tense ten-run win for Pakistan.

Tigers prevail in an all-Associate clash – Bangladesh vs Scotland, Group B, Edinburgh
This was the first ODI to be played in Scotland, and only the second time that two Associate nations were facing off in a World Cup match.

Bangladesh endured a disastrous start after being put in to bat in windy conditions, as seamers John Blain (4/37) and Asim Butt sent the score crashing to 5/26 by the 11th over. It was left to No.6 Minhajul Abedin to show some fight, and he duly rose to the challenge.

Minhajul found a willing ally in Naimur Rahman, with whom he put on 69 for the sixth wicket. Though wickets kept falling at the other end, he held the fort by shepherding the tail, finishing with a pivotal 68* from 116 balls that pushed Bangladesh’s total to a fighting 9/185.

Scotland’s batsmen also got off to a poor start, what with the score falling to a dire 3/8 in the sixth over, which soon became 5/49.

Gavin Hamilton, who would go on to play his first and only Test for England six months later, waged a lone battle with 63 from 71 balls. Having put on 55 for the seventh wicket with Alec Davies, Hamilton was seventh out at 138, and his dismissal proved to be the telling blow for Scotland. The innings terminated at 163 in the 47th over, giving Bangladesh only their second ODI success in 33 matches.

Little did the defending champions know that a wicket would elude them for the next 45 overs, as the partnership record that was created by Tendulkar and Dravid against Kenya just three days earlier was bettered, this time by Sourav Ganguly and Dravid.

Ganguly and Dravid sent the fielders on a leather hunt, putting together a staggering 318 for the second wicket. This alliance not just broke the World Cup record, but also the all-wicket ODI record, which was an unbeaten 275 for the fourth wicket between India’s Mohammad Azharuddin and Ajay Jadeja against Zimbabwe in the 1997/98 season.

Dravid was the first to be dismissed, for a sparkling 145 from 129 balls. Ganguly went on until the final over before perishing for rampaging 183 from 158 balls, striking 17 fours and seven sixes on the way.

This knock went past Kapil Dev’s 175* (against Zimbabwe in 1983) as India’s highest individual ODI score, and also steered India to their then highest ODI total of 6/373. A deflated Sri Lanka were bowled out for 216 in the 43rd over, with medium pacer Robin Singh taking 5/31.