The 2026 World Cup is set to be the first to feature 48 teams. This has already caused much controversy, but could FIFA expand further to a 64-team format?

The World Cup has been expanded a number of times over its history, with the first edition having just 13 teams due to the European sides not wanting to cross the Atlantic to get to Uruguay. Nine of these teams came from the Americas and just four were from Europe. None came from Africa or the Asia-Pacific.

The move to expand beyond 32 teams started during Sepp Blatter’s 2013 re-election campaign. He started talking about how places should be redistributed so that African and Asian confederations could be better represented, writing in The FIFA Weekly, “It cannot be that the European and South American confederations lay claim to the majority of the berths at the World Cup.” 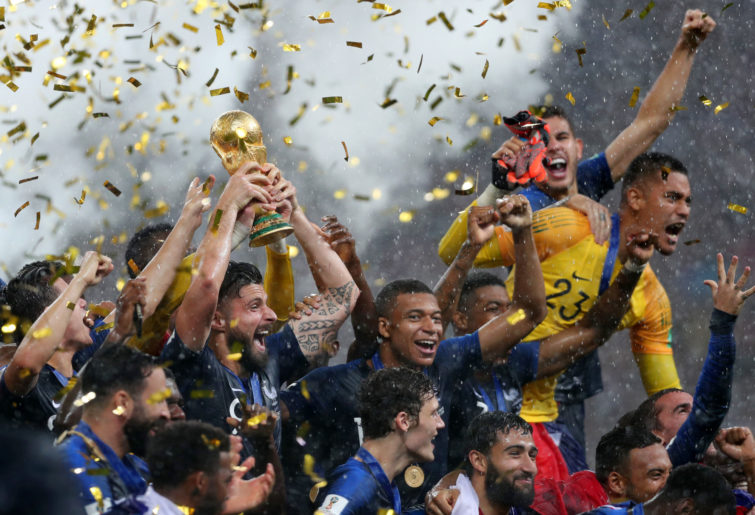 In response to these comments from his rival and chasing votes in the Caribbean, UEFA President Michel Platini called for the World Cup to be expanded to 40 teams, saying that the World Cup is “not based on the quality of the teams because you don’t have the best 32 at the World Cup … but it’s a good compromise. … It’s a political matter so why not have more Africans? The competition is to bring all the people of all the world. If you don’t give the possibility to participate, they don’t improve.”

Then, finally, in 2016 it was FIFA President Gianni Infantino who was the one that made the big push for a 48-team World Cup, which was confirmed for the 2026 tournament by FIFA in 2017.

Although it’s easy to dismiss this push for expansion as simply appealing for votes, it has at its heart the problem of fairness in the allocation of World Cup places. To see this, you only have to look at the number of members in each region and how many places they get in the finals.

Europe and the Americas, which have 100 members between them, get 20 to 21 places out of the 32, while Africa and the Asia-Pacific which have 111 members between them get only ten to 11 places, with the host receives one. If you wanted to split the places equally, you could merge South America (CONMEBOL) with North and Central America and the Caribbean (CONCACAF) and merge Oceania (OFC) with Asia (AFC) to create four confederations and then give each of these confederations eight places. But there are problems with this however.

Since it is unlikely to go down well with UEFA members if they have their World Cup places reduced from 12 down to eight so that they can be redistributed to Asia and Africa, it’s unlikely to get their approval. This then leads to the push for expansion; it’s only a matter of which format.

This provides two extra places each to Africa, Asia and North America and one each for Europe and Oceania. But if you were to merge CONMEBOL with CONCACAF and give the host’s place to Oceania, you could do something like this instead:
Europe: 14
Africa: eight
Americas: eight
Asia: eight
Oceania: two

That doesn’t look too bad. In terms of the format, Platini’s 40-team World Cup would have eight groups of five with each team having four group matches and a bye round. Then the top two in each group would go through to the round of 32. However, this would extend the tournament by three to six days and leave it open to match-fixing, so an alternative format could be to have ten groups of four with the top three from each going through to the knockouts.

But Gianni Infantino wanted to go further than Platini and was successful in his campaign to expand the tournament to 48 teams, set for 2026. But a 48-team World Cup may not be as appealing for fans. With three teams in each group and each playing just two matches, your team could be knocked out after just two matches after a long campaign to get there. At least with the current 32-team format you’re guaranteed to see at least three.

As you can see, this will clearly have an appeal to minnow nations, especially in the Americas, who get 12 places between them. But there is still the problem of potentially having your team knocked out after just two matches in the group stage, which would be terrible for the hosts.

The answer to this may be to expand the World Cup further to 64 teams.

While this is a large number, it does offer advantages. Firstly, as you only need the same number of stadiums as you would in a 48-team tournament, there’s no extra requirement here. Another advantage is that there are four teams in each group, so if you drop the third-place play-off to accommodate the new Round of 32 in the knockout stage, then the World Cup can be run in the same amount of time as it takes for a 32-team tournament.

But perhaps the biggest advantage of a 64-team World Cup is simply that it allows more nations to compete and take part. As Michel Platini pointed out, the World Cup isn’t based on the 32 best teams because we don’t have the 32 best teams right now. Instead the FIFA World Cup is a festival of football for the world to unite around in their shared enjoyment of watching.

When you then think about how many votes there could be for ambitious individuals at FIFA when running for the top job, it’s not entirely unthinkable that it could happen, especially when they could face resistance if they try to reduce it back down again to either 40 teams or even back to 32 once more.

Given its history, FIFA could well be on the path upwards instead, towards a 64-team World Cup.