After 18 rounds and two weeks of knock-out contests – and with only mixed success among it all – the final week of tipping Super Rugby in 2019 is upon us.

Like Super Rugby this season, it’s been a rocky old journey for the tipping panel, with success rates ranging from OK to, ahem, just barely passing.

But it’s been a really enjoyable exercise putting it all together every week, and has proven to be the ultimate two-day preview into any given weekend of rugby, with terrible takes and great banter the constant companion.

So while I obviously need to thank Geoff, Nobes, Digger and Harry for another great year, I want to pay special tribute to all of you out there who keep coming back in numbers – and in increasing numbers – week after week. Thank you.

We’ll be back next week to wrap up the season, and stay tuned for what format the panel takes over the international season.

SEMI-FINALS: Nobes and The Crowd 2; Geoff, Digger and Harry 1, and I don’t want to talk about it…

PERFECT ROUNDS: Anyone who picked the two home sides last week, of which there were many!

Finally, we arrived at the last game of the Super Rugby season and with it the last round of our tipping panel and with the leaderboard tied. There are difficult decisions to make since our friend “Canes by plenty” is sad but has the possibility of the consolation prize of a not less than a difficult but exciting season.

As my partner Geoff told me, you have to do the right thing and prioritise the honour over the prize. It is impossible for me to go against the Jaguares in this final even though all the indicators see the Crusaders as champions.

The Jaguares have already won regardless of the result of this weekend. It was only two years ago they were questioned for not being competitive enough and now they are in the final, facing the most feared side since the birth of Super Rugby thousands of kilometers away from home. The odds are not good, but I will try to justify the triumph. 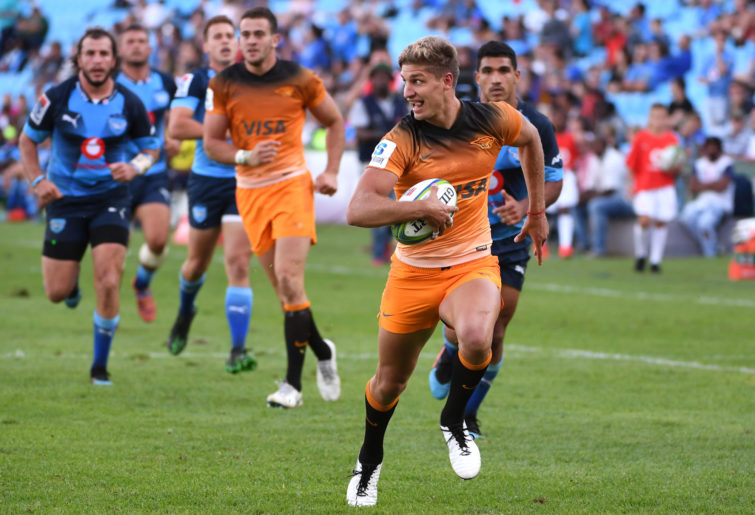 The Jaguares have won three of the last four games on New Zealand soil. I also think they are in very good physical shape and could build a bench maybe as good as the Crusaders. Both defences are the best of the season. It is a team that has a very strong mentality and has already demonstrated several times this year when they were under pressure. Not having faced each other this year means they do not know each other so well.

Crusaders will be tested for sure. If you care to have watched the Jaguares in their last few matches you will notice they are a team on the rise and hopefully did not peak last weekend because they will need to scale up if they are going to win this one.

The Jaguares have the resources, the confidence and the form to ask this Crusaders questions that hopefully cannot answer.

Probably all this is wishful thinking in a fairy tale script, but a man lives on hope.

Jags by 3 in overtime. Pablo Matera with the first try.

SURE THING: I will be wearing warm clothes in Christchurch.

It is an exciting time when we have a bold new challenger fronting up to take on the tried and true, certainly two very different flavours and plenty to savour for this match-up.

The news of the notable absentees from the Crusaders line-up certainly adds value to the Jaguares cause, their own international pairing at lock will see an opportunity there, as will the back line without the dependable rock of Ryan Crotty helping to guide the ship. The consistency of the Jaguares line-up through these knock-outs is an advantage.

The Jaguares line-out is certainly a weapon for them and the scrum looks to be a weakness, while the breakdown looks to be an all-out war. Pablo Matera is the man in form and how the red-and-blacks negate his influence will be one of various keys in this match – a match where the visitors certainly have a reasonable shot with plenty of high-level experience to call on, despite this being their first Super final.

In the end, perhaps my Kiwi bias is playing up but it is too hard to look past the Crusaders, the whole been-there-and-done-that along with playing at home has me in their camp for this tip. After an awful fright last week, I doubt there will be any complacency heading into Saturdays finale.

A penalty to Joaquín Díaz Bonilla will open the account for the Jaguares after a fiery start, and George Bridge to cross out wide for the first try-scorer.

SURE THING: Controversy will reign, hands in the ruck a must and the orange and red clash will provide bad optics but, in the end, it will be a fitting finale to a very good Super season no matter the result.

Saders vs Jags. This is the final that everyone has secretly been hoping for – including, let’s be honest, the beaten semi-finalists, crusty Canberran public servants and Hurricanes tragics, still to wipe the mist of Christian Cullen from their eyes all these years later.

The Crusaders have come back to the field a wee bit this year, and the Jaguares have advanced from the same ruck. But is that enough to deliver an upset result? Poring over the team lists suggests, maybe.

The Jaguares have real scoring power and more than one way to use it. And we know that they have the hard bodies and (now) clearer minds with which to win a final. They will also benefit from having Scott Barrett and Ryan Crotty watch on from the sidelines.

But the Crusaders have three big things in their favour. They do not have to travel halfway around the world to the match. They have the better scrum and the nous to convince referee Jaco Peyper to reward them for it. And they are 23-0 in home play-off matches. Nothing in itself to automatically guarantee them 24-0, but an unarguable indicator of the culture of excellence within their organisation, and their ability to win big matches. 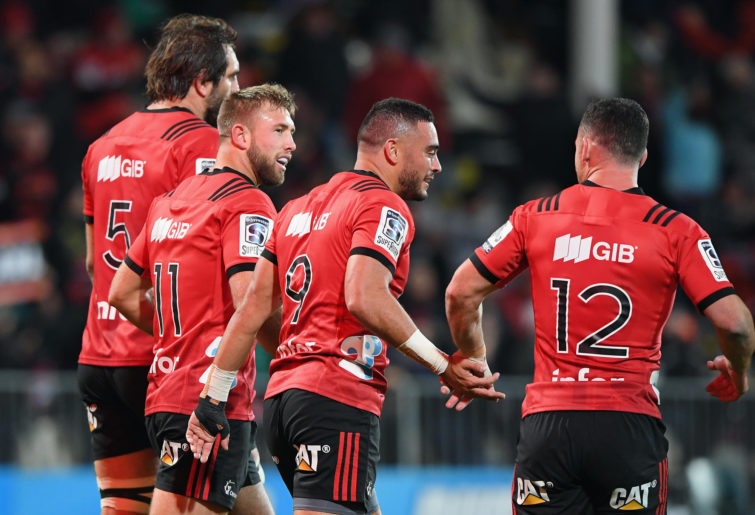 By how many? Let’s say ten points, with halfback Bryn Hall first across the chalk this week.

SURE THING: Rassie and Cheik will love every minute of the final, watching so many All Blacks and Pumas belting the tripe out of each other, while their own teams continue to quietly organise themselves for week one of the Rugby Championship.

I had a dream. I took the dream and made a plan. The dream was to meet my hirsute hooker Kiwi friend Diggercane at an appointed place and time on the broad avenues of Buenos Aires, eat dulce de leche and dance salsa with him (and two achingly lovely and dangerous porteñas dressed in red), awaiting the Black Cat of BA: Jaguarito Juanito.

Then, we would play polo to the death, and ride motorcycles and hunt Uber drivers down. Finally, we would inflict ourselves on Nobes’ extended family, before watching TJP not knock on, and Lavanini not foul. To that end, I scheduled a trip to the other side of the Andes this week to pacify a furious sushi chef with a sharp tongue and an old-fashioned sense of revenge. I would then hop over in a Latam jet, and enact the grand plan.

The Crusaders have a grand plan, and a three-peat dream. But I think the South African conference winners, hardened by Saffa props, heightened by Saffa locks, speeded up by Saffa wings, and wronged by Saffa refs, will triumph. SA wins. Yes, you heard it here. First. Or second.

The teams will combine to score five tries: the Saders three, but Richie Mo’unga will miss all the conversions, because the ball don’t lie. The Jags will score two converted tries, the first by the best forward in the forward-friendly conference, Pablo Mighty Matera. Both sides will nail one long-range penalty, but Sam Whitelock will be binned for interfering with Tomas Cubelli and the Jag mascot.

Mo’unga will score the first and last Sader tries. His misses will be to the left.

George Bridge will show his sensitive side.

SURE THING: Argentina will rule.

Well, the dream was great while it lasted last week. It just didn’t last that long.

I got a bit of a work-out running between my desk and a radio studio for regular updates to the listening audience in Canberra last weekend, and sadly, it was just a constant stream of bad news. Suffice to say, I’ve not been asked back.

All teams have had their up and down moments in 2019, but the Crusaders fixed their issues at half-time. No other team has been as consistent, or as ruthless, or as clinical in dispatching opposition from any country in any country.

If there are two players they wouldn’t want to lose the most, I can imagine that the inspirational Ryan Crotty and the utterly dependable Scott Barrett would be toward the top of the list.

Will it be enough for the Jaguares to take an advantage? Only maybe. And certainly not ‘by plenty’.

But what a result it would be. And that’s the story I’m backing this weekend.

Richie Mo’unga will get things started from the tee, but Agustin Creevy will pilot a scything line-out drive across the stripe first to get the party started in Argentina.

SURE THING: Well, Digger had so much faith last week that he booked no-refund tickets to Canberra, so he and I are going to watch the final together while swearing at the TV like men.

Get your votes in now – The Crowd’s tips will be revealed before the final.