Bangladesh will end their World Cup campaign at the iconic Lord’s ground, looking to finish off on a high.

Their opponents – rivals Pakistan – on the other hand, are looking to bat first, score over 400, and win by more than 310 runs to overtake New Zealand on net run rate to make the semis.

The two sides have met once in the World Cup, 20 years ago in the English town of Northampton.

The Tigers were just an associate nation then and were looking for a big scalp in their first ever World Cup. Sent in to bat first, things looked ominous for Wasim Akram’s men when Shahriar Hossain and Mehrab Hossain put up an opening partnership of 69.

Bangladesh couldn’t really get going following their opening partnership though and finished off with 9-223 in their 50 overs – their highest score in the 1999 World Cup.

However, Pakistan were in trouble following seamer Khaled Mahmud’s (now Bangladesh team manager) devastating opening spell, as they crumbled to 5-42 in the opening 13 overs.

The Pakistanis never recovered from the early slump as the Tigers won by 62 runs – their first victory over Pakistan since their independence from that country in 1971.

At Lord’s Bangladesh’s openers need to give their team a solid foundation, which they have only done against the West Indies and South Africa. Tamim Iqbal and Soumya Sarkar both got starts against India, but neither converted to give their middle order a better platform to chase 315.

Shakib Al Hasan has been class this tournament and will be looking to overtake the leading run-scorers – if only temporarily.

Shakib Al Hasan is in rare form at the World Cup. (Photo by Tharaka Basnayaka/NurPhoto via Getty Images)

Bangladesh sorely missed Mahmudullah and his experience against India, but he should come back with a bang.

While spinners Al Hasan and Mehedi Hasan Miraz have done their job in tying up an end and taking wickets when required, the seam attack need to do more at Lord’s, a venue that doesn’t assist tweakers much.

Mohammad Saifuddin and Mustafizur Rahman have been a tad expensive, however they’ve backed it up with wickets at crucial stages. Mashrafe Mortaza needs to up his game and it’s a shame the captain’s form has waned.

Pakistan will be relying on one of their top three to score a big hundred. Fakhar Zaman has looked out of sorts against off-spin, while Imam Ul Haq keeps on getting starts, getting out, and then getting accused of nepotism due to his uncle – the legendary Inzaman Ul Haq – being on the selection panel.

But the big fish will be Babar Azam, who just keeps getting better and will be regarded as Pakistan’s greatest white-ball player of the 21st century once he retires. If he gets out early, that will be a massive dent to Pakistan’s unlikely hopes of a 310-plus-run victory.

From now on, Pakistan should play Mohammad Amir in England only – the bloke just seems to find a breakthrough out of nowhere in these conditions. He and Shaheen Shah Afridi will be looking for wickets with the new ball, while spinners Shahdab Khan and Imad Wasim will be tying up the batsmen in the middle overs.

How could I forget about Wahab Riaz though? He has to bowl thunderbolts at the rib cage or else he’ll be smacked back to Peshawar and Lahore.

Bangladesh haven’t lost an ODI against Pakistan under the captaincy of Mashrafe Mortaza – they are no longer the underdogs – and without any pressure to make the semi-finals, the memories of Northampton 1999 could be recreated at the home of cricket.

Bangladesh has many talented cricketers, but the lack of investment in domestic cricket by the Bangladesh Cricket Board has seen many of them fade away. I enjoyed doing this segment for Bangladesh, as they have some gems yet to be unearthed. Test XI 1. Tamim Iqbal First-class record: 7125 runs, 43.98 average, 16 hundreds Test […] 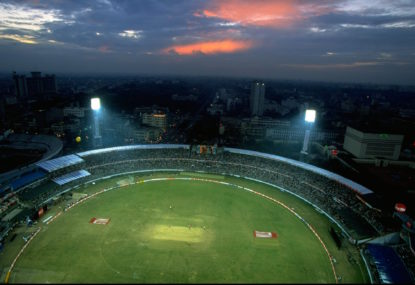