Has the latest Wallabies squad heralded the end of a selection era?

With a Super Rugby championship and World Cup final under his belt, you’d think Michael Cheika might get a little more love from Australian rugby fans.

But alas, nothing is that easy in an age where everything is under a microscope.

Once heralded as Australia’s saviour of the masses, a mastermind in the good book of rugby, Cheika’s aura has faded thanks to poor results and a general frustration with the game in this country.

One of the reasons he’s fallen out of favour with many pundits was his approach to selection. However, the latest Wallabies squad announcement for the upcoming Rugby Championship looks to have turned the tide. 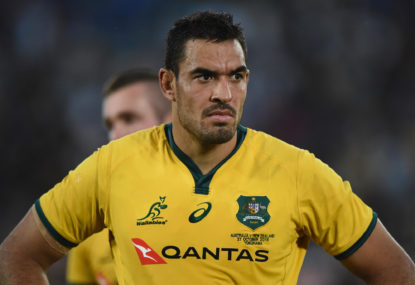 VOTE: Pick your Wallabies XV to face the Springboks

That’s thanks in part, or due entirely, to the new three-man selection panel set-up that has mediated Cheika’s power.

The running joke that’s latched onto the former Randwick number 8 that he picks his old charges from the Waratahs, then fills out the rest of the team sheet regardless of form. It does the rounds and gets a few chuckles from most whenever a new squad is revealed.

That theory has had its ups and downs over the years, verging from fair criticism to silly myth fueled by disgruntled rugby fans. Either way, the fact that it exists isn’t a good look.

Truth is, in every single tournament since Michael Cheika’s appointment before the 2014 Spring Tour, the Waratahs have made up more or as many players in the Wallabies squad than any other Australian Super Rugby club.

Only on two of those occasions did the Brumbies manage to have an equal amount, but when it came to the final 23 to take the field, the Tahs would again win out for the sheer presence of numbers.

Coming in off the back of his Super Rugby success with the Tahs, it’s easy to see why he stuck with what he knew was working at the time, but as the years have gone on and the Waratahs have slipped away as the main power in the Australian Conference, his backing of the New South Welshmen seemed to hold strong.

Even in 2017 when the Waratahs finished with an embarrassing four wins from 15 games, coming in second last in the conference, Cheika still picked more Waratahs in his Spring Tour squad than any other side.

But the new three-man selection panel of Cheika, director of rugby Scott Johnson and former Wallaby Michael O’Connor has brought about a first: Cheika has a Wallabies squad with fewer Waratahs than another team.

While not quite the fewest he’s selected as a whole, the nine men from New South Wales have been trumped by the ten from the Brumbies. It was impossible to ignore the contributions and success they found at such crucial points during the second half of the season.

Their selection numbers are a just reward for their stellar late-season push to the finals and record winning streak, also an immediate impact of the influence the new selection panel system has.

The question has to be asked then: is the Waratahs obsession finally over?

The omission of 70-Test veteran and usual Cheika favourite Nick Phipps could be the answer to that. Even if he wasn’t in the starting 15, Phipps was usually always good for a bench spot and a shoo-in for squad selection. Not this time.

Polarising Waratahs back-rower Ned Hanigan always seemed to have the backing of Cheika regardless of his good or bad form. Not this time.

Another halfback, Jake Gordon, was in Cheika’s sights as a Wallaby of the future when he made the squad and subsequent international debut in 2018. He, too, has been left out.

While not quite as obvious as the others, Curtis Rona has fallen out of favour after just three caps in the green and gold. No mention of him in the squad.

You get the point.

It might look a little innocuous and circumstantial, but this is a big deal for Australian rugby. This latest squad is one that looks balanced. It has a mix of youth and experience and it looks to be the most in-form Australian line-up that’s been presented in a long time, something the selectors wanted to point out after the squad announcement.

“We tried to look at Super Rugby form, what players can bring and what they’ve done before,” Cheika said.

“It’s a bit of a mix and I suppose that comes in with the form of the Super Rugby teams this year.”

He even mentioned the changes that the new system has on the selection process, one that has seen a dip in the Waratahs Wallaby presence.

“It was very tough, it’s the first time we’ve really worked in earnest as a selection panel.

“There were differing opinions, we were really challenging one another and I think we’ve come up with a better outcome for that than maybe if I’d have picked it by myself.” 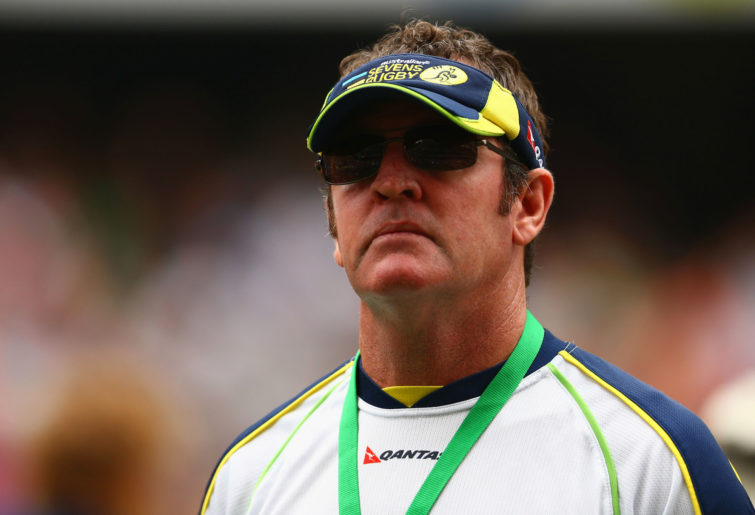 The last half of that sentence is insightful. Cheika seems aware of his past selection issues and habit of falling back onto the Waratah sword at times.

The Brumbies were rewarded, especially in the forward pack, for their recent charge. Maybe they don’t have the most experience in the country. Maybe there are players elsewhere with more games or a more fruitful past, but this crop are the best players in their positions right now.

That’s something we’ve not always been able to say after recent Wallabies squads have been announced. It’s a welcome change.