After an action-packed first week at Wimbledon, there is so much to talk about as the men’s Big Three and Ashleigh Barty close in on glory at the All England Club.

After breaking through for her maiden Grand Slam title at Roland Garros last month, new world number one Barty has continued on her merry way on her much preferred surface of grass, as she bids to become the first player since Serena Williams in 2015 to complete the Channel Slam.

Any fears the Queenslander would suffer an immediate letdown after her win in Paris were quickly extinguished in the first week as she won her first three matches in straight sets, including dropping just two games in her win over British wildcard Harriet Dart on Saturday.

She had been handed a tough draw which would’ve seen her face dual former major champions Svetlana Kuznetsova and Garbine Muguruza in the second and third rounds respectively, but saw her draw open up after those two dropped their opening matches.

Still, she remains on track to face seven-times Wimbledon champion Serena Williams in the quarter-finals, but must first get past another American, Alison Riske, tonight (AEST) before she can think about tackling the 37-year-old American in the final eight.

The other major obstacle to be removed from Barty’s path was defending champion Angelique Kerber, who saw her title defence ended by American lucky loser Lauren Davis in the second round.

The defeat continued what has been a dismal season at the majors for the German, who lost to Danielle Collins at the Australian Open in January and also fell on the first day at the French Open to Anastasia Potapova.

Add in the fact that she also lost to Dominika Cibulkova at the US Open last year, and that is now four consecutive majors where she has failed to reach the quarter-finals.

The 31-year-old was one of five top ten seeds to crash out inside the first week, others being Naomi Osaka, whose form has regressed since winning the Australian Open in January, tenth seed Aryna Sabalenka and former US Open champion Sloane Stephens. 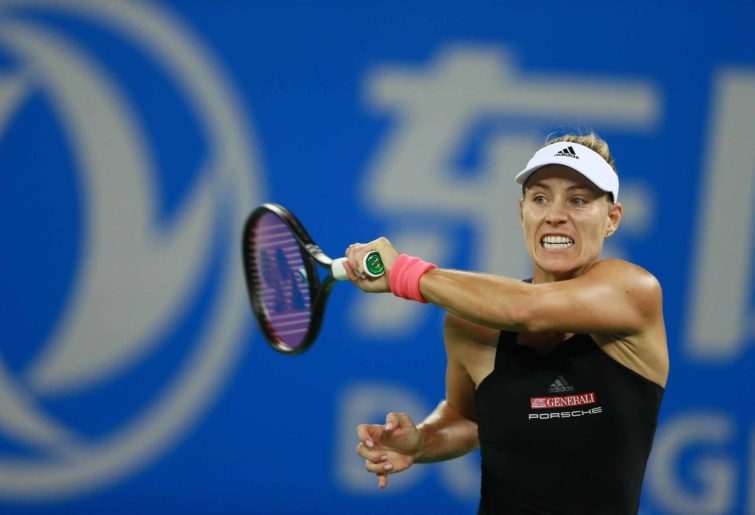 Another former champion at SW19, Maria Sharapova, was forced to retire in a Grand Slam match for the first time when she trailed 0-5 in the final set of her match against France’s Pauline Parmentier in the first round.

The 32-year-old Russian has struggled with injuries this year and it has become very clear that she has become a shadow of her former self since returning from a 15-month suspension owing to the illegal use of meldonium in early 2016.

But the biggest story of this year’s Championships on the women’s side has been the run of 15-year-old Cori Gauff, who has turned heads in her major debut by upsetting Venus Williams, who is more than double her age, and reaching the fourth round.

Gauff, who won last year’s junior French Open title and finished runner-up to Amanda Anisimova at the 2017 junior US Open, proved that her win over Williams was no fluke, going on to beat Magdalena Rybarikova and Polona Hercog (saving two match points in the process) in her subsequent matches.

Another huge test will await the 15-year-old when she faces another former world number one, Simona Halep, in the fourth round.

Halep has so far disposed of two Belarussians, including fellow former world number one Victoria Azarenka, on either side of needing three sets to defeat compatriot Mihaela Buzarnescu in the second round. 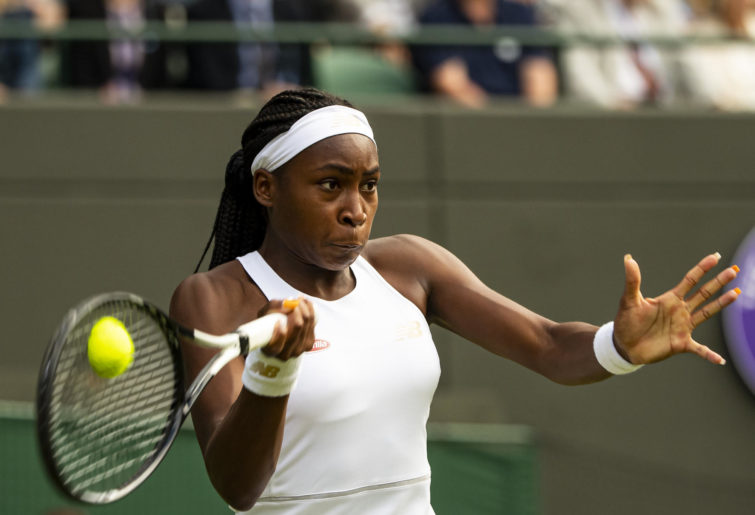 Cori Gauff of the United States (Photo by TPN/Getty Images)

On the men’s side of things, the Big Three of Novak Djokovic, Rafael Nadal and Roger Federer are heading for a potential collision course at the pointy end of the tournament, with all three safely through to the last 16 for the sixth time in the past seven majors.

All three have dropped one set each en route to reaching the second week, and it appears inevitable that the men’s championship match will feature Djokovic and either Federer or Nadal, who are drawn to face each other in the semi-finals.

Some of the supposed challengers to the trio, namely Dominic Thiem, Alexander Zverev and Stefanos Tsitsipas, were among the early casualties, while former finalists Kevin Anderson and Marin Cilic also departed early, ending their hopes of a first Wimbledon title.

There was also major controversy when Bernard Tomic was stripped of his first round prize money after appearing to give little effort in his first round loss to Jo-Wilfried Tsonga, with Wimbledon officials deeming his performance as unworthy of the cash on offer.

He had also been fined following comments he made about “being bored” in his defeat by Mischa Zverev at the All England Club in 2017, receiving a $US15,000 fine for that.

He was the second player to cop the wrath of Grand Slam officials after Zverev was slapped with a $US45,000 fine for his own unprofessional first round performance when he retired down 2-6, 1-4 against Korea’s Hyeon Chung at last year’s Australian Open.

Another Australian, Nick Kyrgios, again showed his bad side in his short time at Wimbledon, pulling off several unruly antics in his first round, five-set win over Jordan Thompson as well as in his second round loss to Rafael Nadal on Centre Court.

Still, he displayed some of his best tennis in the match against the Spaniard, blasting a 143 mph second-serve ace before being booed by fans for appearing to deliberately aim a shot at the 33-year-old later on. 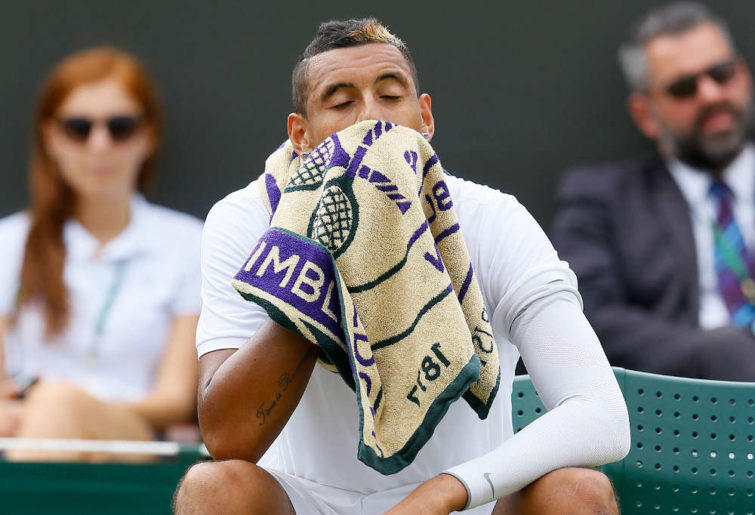 There was much to like about Alexei Popyrin, however, as he qualified for the main draw and made it to the second round where he pushed Russian Daniil Medvedev before falling in four sets.

And while this year’s Wimbledon tournament might not see the last of Andy Murray just yet, it has sadly seen the last of Marcos Baghdatis, the 2006 semi-finalist bowing out of professional tennis following a second round straight sets loss to Italian Matteo Berrettini.

Roger Federer, who beat the Cypriot to win the second of his six Australian Open titles in 2006, touched upon his impact on the ATP Tour, labelling him as one of the sport’s nice guys.

His aforementioned run to the semi-final at the All England Club included taking out a future two-time champion in Andy Murray (who’d put out Andy Roddick in the previous round) and 2002 champion Lleyton Hewitt before bowing out to Rafael Nadal in the final four.

Those were just some of the storylines to come out of the first week of Wimbledon 2019. Play resumes tonight (AEST) with the likes of Ashleigh Barty, Serena Williams, Roger Federer, Rafael Nadal and Novak Djokovic all bidding to reach the quarter-finals.