When you play like the USA, you can say whatever you want

Each and every player at the Women’s World Cup in France did both their nation and the game of football proud.

The final result was an expected one, with the might of the United States proving too powerful for the Dutch in an exciting and compelling final in Lyon.

The 2-0 score line reflected their dominance despite some controversy around the VAR involvement that put the USA into the lead.

It was a clear statement to the rest of the world that there is considerable work to be done if anyone dares dream of knocking the cocky Yanks off their perch.

True to form, the Americans swaggered and strutted through the tournament, both with their physical celebrations of goals and their tongues, as they talked the talk of champions. To their credit, that brash confidence was backed up on the pitch.

Amid a busy international sporting calendar, it was interesting to compare their resolute and steadfast determination to the frailties of some athletes around the globe when faced with stress and expectation. 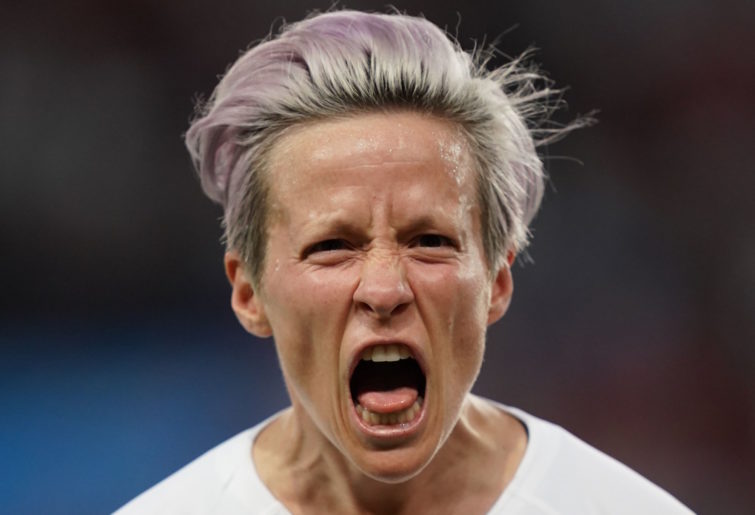 While Australian ‘wham, bam, thank you, maam’ tennis player Bernard Tomic failed to muster the concern and/or courage to be competitive in his first round match against Jo-Wilfried Tsonga at Wimbledon, the greatest women’s football team on the planet showed nothing but a hard-edged determination and focus.

The chasm between what goes on in the six inches of space between the ears of winners and within the grey matter of the perennial losers always looking to lay blame elsewhere is vast.

Despite controversy and much public debate around Megan Rapinoe’s public statements during the tournament and Alex Morgan’s controversial impersonation of the tea-drinking British, the Americans never wavered.

Culturally they appear to savour the attention that in turn piles more and more pressure onto the team. What makes them special is their preparedness to take on that pressure and their ability to lay bare and exposed before a sports-watching public, much of who would love to see the arrogant tall poppy fall.

Psychological weakness is not part of the US women’s team’s DNA. Four World Cups, four Olympic gold medals and eight CONCACAF gold cups since 1991 are testament to that statement, as are the 499 wins they have amassed from their 639 competitive matches. 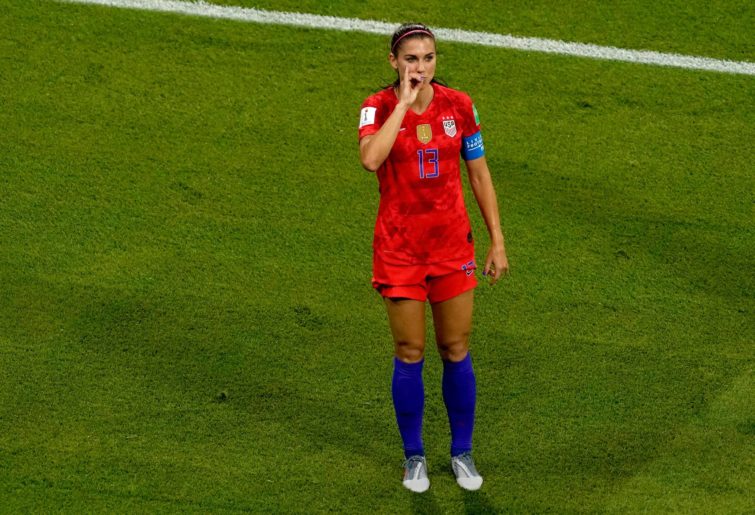 With just 70 losses in that time, the consistent level of excellence they have been able to maintain is arguably the most sustained in the history of international football.

On Monday morning (AEST) the show continued, with a dash of controversy included to give VAR haters something around which to get their teeth.

An electric atmosphere met the players as they took to the pitch and the sense the razzmatazz and pomp was exactly for what the Americans were hoping. Rapinoe smiled as she stood waiting for the toss of the coin. it wasn’t a nervous grin or a token gesture to the French referee or opposing captain; it was a genuine expression of pleasure laced with utter confidence and calm.

It was as if Rapinoe was eloquently smiling the words, “Can we get this game going? I have a World Cup trophy to lift”.

Contrastingly, the faces of the Dutch players appeared nervously tight and etched with the subtle imprint of crosshairs.

On cue Rapinoe created the first meaningful moment, winning a corner after a run to the by-line just after the ten-minute mark.

Sari van Veenendaal’s day in the Dutch goal became increasingly difficult as the half progressed and the Americans began attacking in waves. By the end she was exhausted. America’s 17 shots on target had kept her busy throughout.

Despite the Stars and Stripes dominating the majority of the first half by the length of the straight, the script was strangely wrong. No goals and a late surge from the Netherlands in the final five minutes was to test their sturdy resolve.

The hour mark proved decisive, when a high boot that made solid contact with Morgan in the area was deemed penalty worthy.

Rapinoe was given the task of converting from the spot. She spat on the ground, looked at the referee and slotted the goal expertly. What followed was arrogant and self-congratulatory, as she celebrated with a heroic and graceful performance that produced a distant sound of boos in among the din of US celebrations.

It was fabulous to watch.

Rose Lavelle’s goal in the 69th minute was far better, and after it the Americans had both hands on the trophy. The waves of attack continued and without Van Veenendaal’s efforts four or five goals could have resulted.

The final whistle brought emotional scenes, and when the entire squad finally took possession of the trophy those unhappy with the open confidence of the USWNT had probably already switched over to the Tour de France or Wimbledon.

The single digits raised in the air by the players said all there was to say about the United States women’s football team. They are indeed the best in the business.

They told us they would win it, insulted the old dart and caused a political debate along the way with open activism.

However, when it comes to women’s football, their ability to walk the walk allows them to do pretty much whatever they want.