Footy is in a funk

Fifteen rounds into this season and it’s fair to say it hasn’t been a good one.

Round 15 was the perfect storm. In the week’s premium slot, Collingwood and Hawthorn produced one of the worst games in memory: a dour, unimaginative rock-fight that hardly managed to be the least bit interesting, despite a tight finish and an upset result.

Things didn’t get much better the next day.

As I sat in the front row of the top deck of the Southern Stand, enjoying a beer in the glorious winter sun, the Bombers and Swans again played a game of frightened, conservative footy that for three-and-a-bit quarters tried all it could to spoil an otherwise delightful afternoon.

And then something brilliant happened: Sydney realised they were about to lose.

Suddenly, the stodgy Swans were bold and aggressive, sprinting up the wings, biting off long and risky kicks and – gasp – trying to score.

Essendon seemed more than happy with this development, suddenly they had more space and freedom when the ball was in their control.

The ground seemed to get bigger, the players and the ball moved faster – hell, the beer even tasted better.

It was a reminder that you don’t have to scratch too far beneath the surface to find good football, and also that most players want to play this way – there has to be something in that part as well.

The men in charge are placing extreme value on maintaining possession. After all, your opponent can’t score without the footy.

But there’s a difference between smart and conservative ball movement and defensive ball movement. Too many teams are going with the latter and it’s sucking the life out of games.

The parity of the league is another factor, though I’m not sure if it’s a cause or effect.

Is the competition so even because lesser sides are so often able to drag superior opponents down to their level?

If you’re outclassed, it makes sense to slow things down and, in essence, shorten the game.

The Bulldogs successfully managed to do so against the ladder-leading Cats. Muck things up for three quarters and then hope a 20-minute edge is enough to earn the four points. 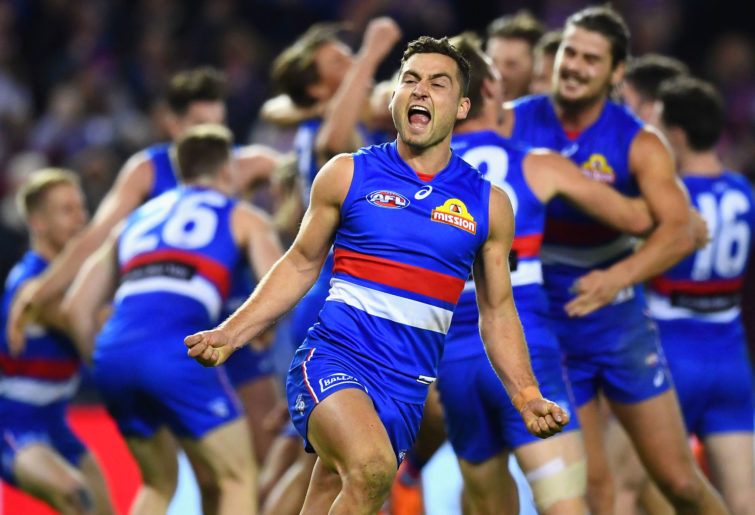 Perhaps the Hawks deserve the same credit for their win against Collingwood.

Why two evenly matched teams in Sydney and Essendon would revert to such tactics is more confusing; perhaps it’s in those coaches’ DNA.

Or perhaps this season is so even because of a flood of mediocrity and not enough teams have the talent of the confidence to take on their opponents.

Regardless, it’s important to maintain some perspective. Not every game can look the same, nor should it, and it’s unreasonable to expect every match to be a good one.

It’s also important to make a distinction between good football and good contests. It’s possible to have good football in a bad contest – see Port’s Showdown win for an example – and the opposite is also true.

You have to wonder, too, if we’d be hearing the same complaints about the state of the game if the Sunday twilight match – consistently one of the best games of the round – drove the weekly narrative as strongly as Friday night does.

There are teams playing good football most weeks – the Lions, Power and Giants spring immediately to mind – it’s just that few of them live in Melbourne, where the game’s loudest voices reside.