Are Sydney FC just trying to annoy their A-League opposition?

If life is moving a little too quickly for you right now, come and spend some time in Sydney. Things are always a little on the slow side in the Harbour City.

After decades of bandaid solutions to infrastructure problems, recent state governments have committed to monstrous projects that, despite their long-term appeal, have brought the city to something of a standstill.

Anything with an M in front of its name has been affected, with roadways experiencing widening or restructuring. A train line in the north-west has finally been delivered and the controversial light-rail project in the CBD crawls ahead with no end in sight.

Add in the Western Sydney Wanderers’ new home, Bankwest Stadium, and the demolished and soon-to-be demolished Allianz and ANZ Stadiums, and the depth of disturbance and interruption to infrastructure is clear.

The city is choking in development and about the only thing moving briskly is its most powerful and successful football team.

As champions and with a clear determination to improve, Sydney FC manager Steve Corica has been active and annoying in the transfer market.

While the A-League hibernates, there is little time for managers and administrations to do the same. The June-July period is frantic and potentially even more important for those clubs coming off successful seasons.

Winning leads to talent being placed under close scrutiny from opposition local clubs and big-spending Asian teams looking to poach some of our best talent or snare a marquee for a reasonable sum. 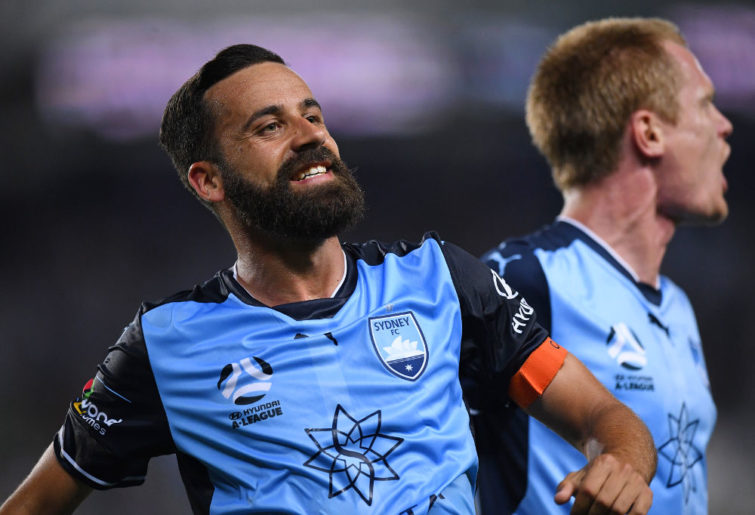 With an additional four players released, it meant Corica had some serious work to do rebuilding a squad capable of threatening in the 2019-20 season.

At least he has experience in such a task, having brought in Adam le Fondre and De Jong to join Milos Ninkovic in the front third last season.

However, Sydney have gone about things a little differently this time around. Not satisfied with quality new signings that add to their already impressive cast, they appear to be attempting to take the ‘you know what’ out of their opposition.

It started in the first week of June, with the announcement that Kosta Barbarouses had switched Big Blue allegiances. The man long lampooned by the Cove was now one of theirs.

It was the ultimate insult to Melbourne Victory and one can only imagine the reception the Kiwi will receive when he takes to the pitch on his return to AAMI Park.

But Sydney were not done. After adding fuel to the fire that is their rivalry with Victory, the Wanderers were next.

Signing Alex Baumjohann on a two-year deal seemed to come from nowhere. A souring relationship with Markus Babbel appeared to lie at the core of the German’s decision to part ways with the red and black.

I’m sure I saw Corica smirk as Baumjohann addressed the media with the Sydney Opera House in the backdrop. Similar to Barbarouses, the 32-year-old said all the right things, citing satisfaction with his new home at such a powerful and successful club. 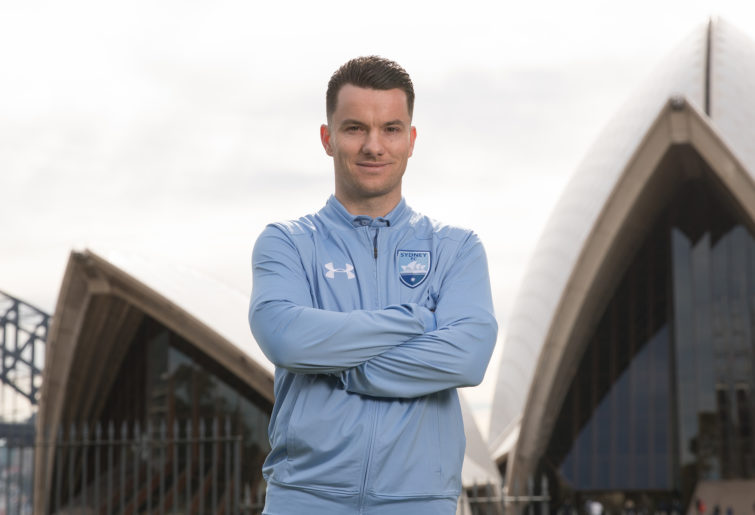 I think he borrowed Barbarouses’ script and the Red and Black Bloc could be heard in the distance, plotting and planning for Baumjohann in his first Sydney derby for the other side.

Both signings are stunning and layered with immense potency when it comes to bragging rights and the psychological warfare played between the Sky Blues and their two arch-enemies.

Brandon O’Neill reminded both Victory and Western Sydney of that fact last week, when the midfielder fired an early barb, “They’ve come to the biggest club in Australia.”

Melbourne City fans may also be a little peeved with the champions. After two loan periods from his parent club, Manchester City, Anthony Caceres played 13 matches for Sydney FC in 2018-19 while on his third loan period in the A-League.

Picked up in the January window, any permanent home in the A-League for Caceres would surely be at Melbourne? However, sneaky Sydney struck again and the 26-year-old joins experienced defender Ryan McGowan as newly signed Australian talent.

There is potentially more to come and the recent announcement that Sydney’s kit will be produced by global sports brand Under Armour was another to evoke envy from their rivals.

It has been a busy off-season in Sydney. The roads are still stuffed and the season yet to start, however the title holders still annoyed their rivals.

Something tells me they will probably aggravate a few more before the season starts in October.