It’s the spiritual home and the birthplace of Formula One, and now the historic Silverstone circuit will continue to play host to the British Grand Prix for another five years.

“We are really pleased to confirm that the British Grand Prix will stay on the FIA Formula One World Championship calendar for at least the next five years, with the event remaining at its longstanding home, Silverstone circuit,” announced F1 CEO Chase Carey in a statement.

The confirmation of Silverstone’s future as the venue for the British Grand Prix ends a lengthy spell of speculation dating back to 2017, when the circuit owners triggered a break clause in their contract due to significant financial difficulties.

Since Liberty Media’s takeover of the sport in the same year, the intention was to broker a new deal with hosting fees significantly less than the previous commercial management headed by Bernie Ecclestone. 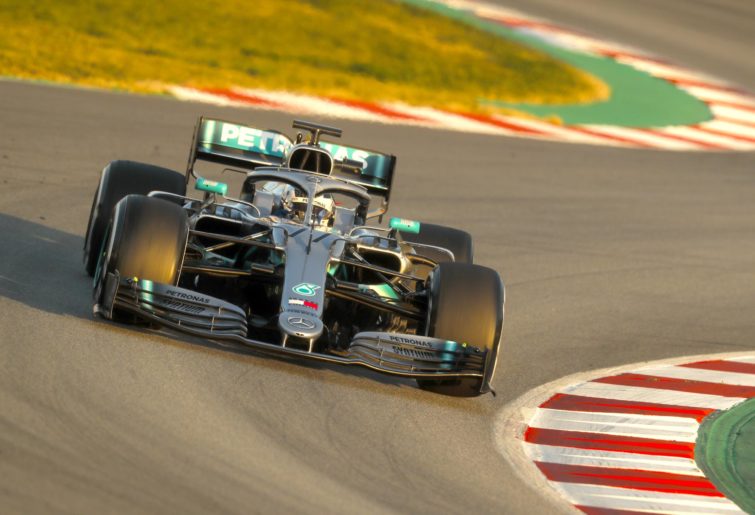 With several races making positive steps in renewing their places on the Formula One calendar with Liberty Media, there was a real concern that Silverstone may not find a place in the bustling schedule. A threat from a possible grand prix in downtown London also loomed large, though for now at least seems to have been quelled.

“Silverstone is one of the most iconic grands prix on the Formula One calendar with such a rich heritage it would have been disastrous for the sport and fans had we not managed to find a way forward,” said British Racing Drivers Club CEO John Grant.

“2020 will be the 70th anniversary for the first round of the world championship which took place at Silverstone on 13 May 1950 and will make next year’s event all the more special.”

Silverstone indeed holds a special place in Formula One history, and with the recent dominance of Briton Lewis Hamilton, who between 2014 and 2017 won four consecutive British grands prix, interest from fans couldn’t be higher.

The 2018 season saw the highest ever attendance figures for the event, according to Motorsport.com, with 140,500 having attended on race day and a record 340,000 across the weekend. The race itself was widely regarded as one of the best, having seen heavyweights Mercedes and Ferrari lock horns and Hamilton race chief rival Sebastian Vettel wheel to wheel.

It would have been a shame to have lost the British Grand Prix from Silverstone given its significance to the sport – though while it would have been a travesty for Formula One, Silverstone would still have had a huge presence in world motorsport, playing host to MotoGP and the World Endurance Championship events.

That said, with Liberty having more of a vested interest in growing the sport globally than the previous commercial rights holders, who brokered most of the current circuit agreements, it would have looked worse on Silverstone’s behalf had they been unable to reach an agreement with Formula One.

Races in Malaysia and now Spain and Germany are the casualties as F1 finds balance with its calendar, though the reintroduction of the French and then the Dutch grands prix from 2020 is making for a renaissance of European events.

Announced last week were the dates for the fan-favourite Australian Grand Prix in 2020, which will host its 25th race at Albert Park in the modern era and retain its position as the season opener. Vietnam is another exciting addition to the calendar, with a street race in Hanoi also to feature in the early part of next season.

So with Silverstone now locked away, it seems Formula One’s historic events seem secure for now. The question now is: with Liberty continuing to explore events globally, who’s safe and who isn’t within the desired 21-race calendar?