The Stokes deflection and the spirit of cricket

It’s the last over the final of the Cricket World Cup of 2019.

Ben Stokes has just hit a six over midwicket, so England need 9 runs from three balls. Difficult but achievable.

Trent Boult runs into bowl, his face strained with concentrated effort. Stokes opens his body and resembles a southpaw baseball striker; which is just as well because the ball is hurtling, on the full, towards his off-stump.

Swinging hard, across the line, Stokes heaves the ball to Martin Guptill at deep midwicket.

Despite going almost directly to the fielder, Stokes has – somewhat incredibly – turned by the time Guptill fields the ball and is heading back for a second run to retain the strike.

So, as he scampers towards the keeper’s end, with big powerful strides – and as the ball converges on the same target – Stokes dives with bat extended in his left hand.

He couldn’t have timed it better if he tried.

Searching ball connects with stretching bat and it speeds at pace – at terminal velocity if you are cheering for New Zealand – toward the now unprotected boundary at third man.

To his credit, Stokes immediately puts his hands up in abject apology. But, surely, in his heart, he is singing.

Instead of scoring two runs, England are credited with 6. Instead of requiring 7 runs from the last two balls of the tournament, they now need just 3.

As we now know, England only scored two and the World Cup Final of 2019 was sent into a thrilling Super Over which England ultimately won.

Doubtless Kiwis and neutral fans alike will bristle at the last sentence because England tied the Super Over and were awarded the match, and the Cup, because they scored more boundaries in the primary contest. That’s a controversy in itself, about which others will surely write, tweet and bleat. 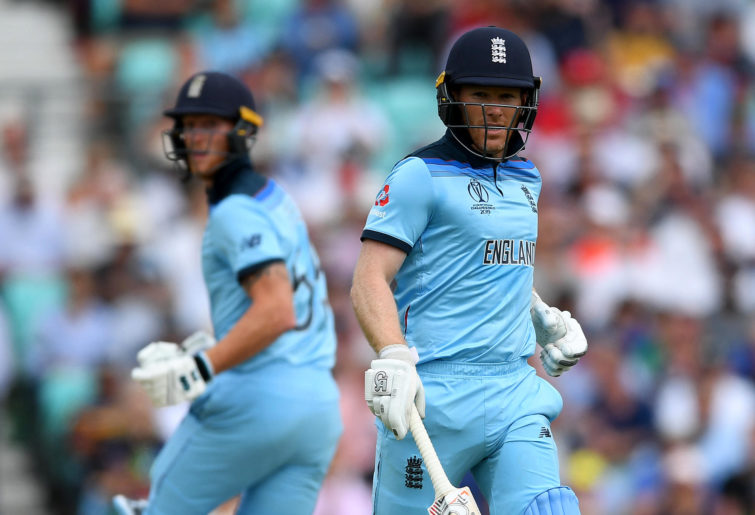 But back to that critical moment when the deflection from Stokes’ bat essentially gave England four bonus runs which proved crucial to the outcome of the World Cup Final.

What do the Laws of Cricket say?

Let’s start with Law 18, which deals with “Scoring Runs”.

Barring penalty runs, Law 18.1 says that runs are scored “so often as the batsman, any time while the ball is in play, have crossed and made good their ground from end to end” or when a boundary is scored.

For our purposes, the critical issue is whether the ball was “in play” after it hit Stokes’ bat as he dived to make his ground.

Clearly none of the circumstances cited in Law 20.1 apply to the situation where the ball hits the batsman, or their equipment, and is deflected to the boundary

Importantly, the Laws also include a catch-all provision, in Law 20.1.2, which states that the ball shall be considered dead “when it is clear to the bowler’s end umpire that the fielding side and both batsman at the wicket have ceased to regard it as in play.”

Unfortunately, for New Zealand, it would not have been clear to the Umpires that the batsman ceased to regard the ball to be in play after it hit Stokes’ bat and commenced its epic journey to the boundary.

But here’s the devilish doosra.

Had Stokes declared that he considered the ball dead once it hit his bat, could the Umpires have invoked Law 20.1.2 to declare the ball dead and disallow the additional four runs?

Should Stokes have made that declaration? There is a custom, after all, that batsmen will not run when a ball, thrown at the stumps, instead deflects off the batsman.

Would you in the same circumstances?

Let me be clear: I am not saying that Stokes cheated. As was the case with the infamous underarm infamy, Stokes – and England – adhered to the rules of the game by accepting the additional four runs.

But did they adhere to the spirit?

Ultimately, it’s easy to adhere to personal or group values when doing so doesn’t come at any cost. Values are only truly tested when adhering to them might cost you something.