Was Kane Williamson the right choice for player of the tournament?

The Roar
15th July, 2019
13
Join the conversation
Advertisement
Write for The Roar

Another amusing video did the rounds on social media of him reacting with disbelief upon learning he was the player of the tournament.

But was he really the right choice for the award?

There’s absolutely no denying he had a superb tournament, with the Black Caps skipper amassing 578 runs at an average of 82.57 and strike rate of 74.96.

He also chipped in with the ball, taking two wickets at an economy of 4.26.

But were there other more suitable candidates to take home the honour?

Our Cricket World Cup special episode of Game of Codes saw Roar cricket expert Glenn Mitchell join – and he thought the award should have been given to someone else, while also suggesting a separate ‘player of the finals’ award be created to recognise incredible knockout stage performances like Williamson’s.

That wasn’t the only player-specific topic we covered on the episode, with some of the most disappointing individual performances – not just from certain Australians – also going under the microscope. 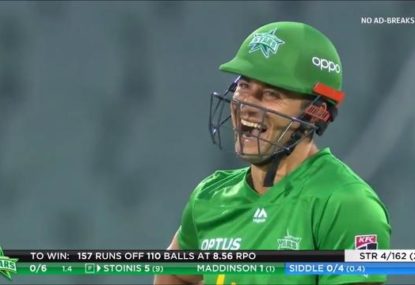