Thursday night games are back for the run to the finals, and naturally enough the Brisbane Broncos feature again. In 2018 they played on Thursday eight times, this year it’s seven.

It’s an historic Thursday for the NRL, with Belinda Sharpe to become the first female referee in 111 years of rugby league in Australia.

Sharpe will work alongside lead referee Ben Cummins. It’s a great reward for a lot of hard work and angst off-field as she moved to Sydney from Brisbane to become full-time.

We wish her all the best!

Last time Brisbane met Canterbury met it was Round 21 2018, a 36-22 win to Canterbury who were in control for the whole occasion. It’s 6-4 Brisbane’s way in the last ten match-ups. And Dean Pay has two losses from two games against Anthony Seibold.

Usually 13th vs 15th wouldn’t be cause for much stirring of excitement, but both teams are coming off decent performances in Round 17.

Brisbane (13th, six wins one tie nine losses) fought back from 6-16 down to tie with New Zealand 18 apiece after golden point couldn’t determine a winner.

It has been a stinker of a season for the Broncos under new coach Anthony Seibold, and now he’s conceded defeat by switching players around and bringing through younger blood. 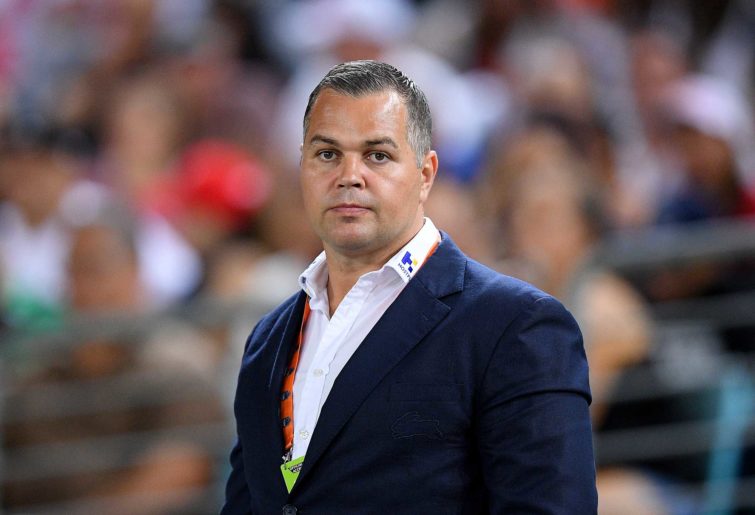 If Seibold had permission from the head honchos to miss finals this year for ‘rebuilding’, you can bank he won’t have that same leeway next year and on.

Brisbane have been a shell of the team which finished a hair away from the top four in 2018. Their defence has weakened considerably, with 281 ineffective tackles the most in the competition.

Queensland State of Origin hooker Andrew McCullough is playing his 250th match. for the Red Hill crew. McCullough leads the Broncos for tackles (550 at 93 per cent effectiveness) and has been on his bike out of dummy a fair bit, averaging 47 metres each game.

Canterbury (15th, five wins 11 losses) went to Newcastle and pulled off a famous 20-14 win on the back of a determined defensive effort. It was their second win on the bounce after another gutsy effort to beat Cronulla in Round 16.

Brisbane brought back State of Origin winger Corey Oates, while the Bulldogs lost Sauaso Sue to a season ending knee injury and forward Aiden Tolman is out with a rib complaint.

Tolman and Sue are replaced by Ofahiki Ogden and Adam Elliot in the run-on side.

There’s a lot of new faces in the halves for both teams, a mix of youth and Darius Boyd.

Canterbury have the second-worst defence in the NRL, conceding 364 points and in a differential hole of -154, far and away the worst of the lot.

In attack they value the ball (completing sets at 79 per cent), but it’s not turning into points. The Dogs 210 points scored is far and away the NRL’s worst. They’ve only topped 20 points three times, conceded more than 4330 five times. A big contributor to this is being third overall for average missed tackles, with 34 whiffs per game.

It’s Brisbane’s sixth Thursday night game. They’ve played two at home and lost them both in the last moments, a field goal against the Dragons and a late, late Wests Tigers try. They’ve got one more Thursday game away to the Cowboys in Round 21.

Prediction
Neither team is any danger to the top eight, but sometimes knowing your fate is sealed can result in a pretty good show for the neutrals.

Canterbury were exceptional in defence last week but still made too many errors when they managed to get the ball. They’re too unreliable to tip for the away win here. The Bulldogs will fight, but Brisbane should be able to sneak home.