Tonight the Australian Women’s cricket team re-commence their fight to retain the Ashes when the first (and only) Test begins in Taunton.

Australia head into this Test in a strong position holding a 6-0 lead in the series. For Australia to retain the Ashes, only a draw is required in the Test whereas for England to reclaim the Ashes they need to win the Test – as well as the three T20Is which are still to come.

Australia are yet to name their squad for the Test and coach Matthew Mott certainly has some selection headaches. The positive news is that this is a headache of the good kind – this Australian team is stacked with talent and Matthew has plenty of options to choose from.

There are six women in Australia’s squad that, if selected, will be Test debutants. Each of these women put a strong case forward in their warm-up match against the England Academy and some were stand-outs during the ODI series which Australia won in a clean-sweep.

Sophie Molineaux has put her hand up for selection after being selected as part of the Australia A squad heading over to England as she recovered from a shoulder reconstruction. She has been declared fit and is ready to play if selected and was unbeaten on 65 and 33 and took 4-30 in the second innings of that warm-up match.

At 20 years old Tayla Vlaeminck is also looking to make her Test debut. She is easily the fastest bowler in the Australian squad. According to those who are travelling with the team, has been terrorising her teammates in the nets, particularly Alyssa Healy and even Ellyse Perry who has looked visibly uncomfortable when facing her.

Her pace could be a much needed weapon to slice through England’s top order and after suffering several injuries including two knee reconstructions and a dislocated shoulder (all before age 20), it would be a very special moment for the speedster to be selected.

The other women vying to make their debuts are Georgia Wareham, Ashleigh Gardner, Nicola Carey and Delissa Kimmince.

There is also still a question as to who will open the batting in the Test match. Nicole Bolton and Alyssa Healy were selected during the ODI leg of the tournament, but Bolton failed to reach double figures in any of her innings.

My guess is that Healy will retain her spot but may be joined by some one else; potentially Beth Mooney or Rachael Haynes.

On the other hand, Healy may not be a certainty to open the batting with her workload needing careful management ahead of this Test match. 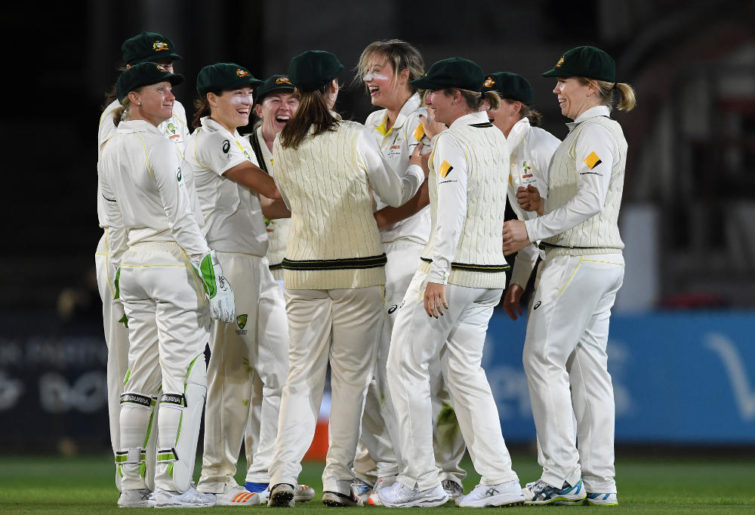 For England, left-arm orthodox spinner Kirstie Gordon has been selected into the squad after her performance against Australia as part of the England Academy side in their three-day tour game in Marlborough.

Gordon took eight wickets across two innings (including Alyssa Healy and Nicole Bolton in the first innings and Ellyse Perry, Ashleigh Gardner and Jess Jonassen in the second innings). It will be a special moment for Scottish-born Gordon, who at age 21 has played five T20I caps, but has never had the opportunity to play in a Test.

She will also be joined by Sophie Ecclestone who is also a left arm spinner. There have been suggestions that the conditions at Taunton will suit spin, so England are fortunate to have these two women at their disposal.

Danni Wyatt and Jenny Gunn have both missed selection and Fran Wilson and Alex Hartley have remained with the squad to cover for any injuries or challenges which arise.

The last time Australia played in a Test was during the 2017 Ashes series. There were plenty of stand out moments including Amanda Jade-Wellington delivering what was dubbed the ball of the century and Ellyse Perry scoring her double hundred.

Based on that, I know where I’ll be for the next four days; glued to my couch hoping to see Australia win this Test and bring that Ashes trophy home with them.

The next step for international women’s cricket is to ensure the development of cricket in other nations including India, New Zealand and the West Indies so that women have more opportunity to play.

While this is something that the players want, at the moment there is a recognition that apart from England and Australia, the rest of the world lacks the talent to compete in Test matches.

My hope is that Australia will continue to push the agenda for professionalisation of the women’s games and push other countries to do the same so that the quality across the board continues to grow.

If this doesn’t happen, my fear is that the gap between Australia and the rest of the world will continue to widen and such dominance does very little to grow women’s cricket across the globe. 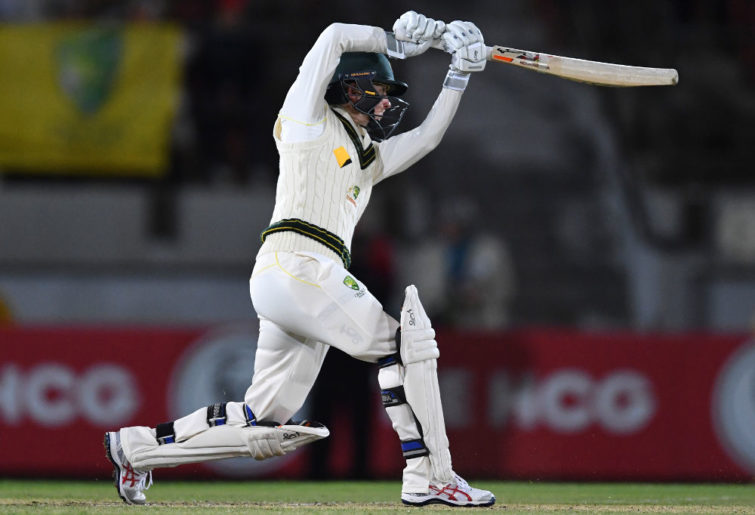 For those who want to tune in, the Test begins at 8pm AEST tonight and you can tune in via Channel Nine or ABC Radio. Keep a special eye out for the Australian shirts, which will feature a piece of Indigenous artwork on the collar to symbolise the growth of Indigenous cricket in recent years.

The artwork that will feature is called Walkabout Wickets and it was painted by an Indigenous artist named Fiona Clarke ahead of the 2016 Boxing Day Test.

It commemorated the anniversary of a match at the MCG 150 years prior which featured an Aboriginal XI. It was a beautiful touch ahead of what will be a very significant game.