Picking the Ashes squad is more straightforward than you think

There is currently a lot conjecture about the choices that await the Australian selectors for the upcoming Ashes series.

There are a thousand opinions about who should play floating around. I think when looked at, picking the squad is a little more straightforward than everyone is making out.

There should really only be a couple of spots in doubt for the squad overall.

Four of these six should be lining up with Dave Warner and Steve Smith for the first Test at Edgbaston in early August.

Warner will open with one of Burns or Harris. It should be Burns.

Harris has no doubt made a mountain of first class runs and should be our first backup opener if anything should happen to Warner or Burns. But he hasn’t taken his opportunities at Test level averaging 32 over the Aussie summer with no centuries from 11 innings.

Burns has. He has four Test centuries from 16 Tests at an average of 40 including a century in his last Test innings. Test runs trump first class run every day of the week.

If fit, Khawaja will bat 3. He wasn’t amazing over the summer but he is our best bat after Smith and Warner. Lock him in.

Smith will bat 4. He’s our best, no discussion needed. 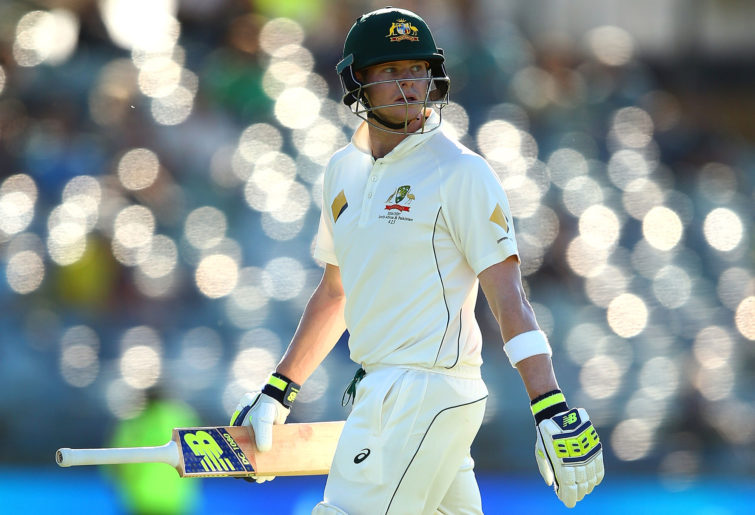 Then you have Labuschagne, Head and Patterson. As much as Labuschagne is in good form in county cricket (albeit div 2) he’s the odd man out here. He hasn’t succeeded at Test level at all and doesn’t have the most amazing first class record.

Also his bowling isn’t enough to get him in the side. He’s a great fielder and from all reports a great team man. I want him to succeed, he just hasn’t done enough yet to get in the team.

Head is our vice captain, has made a century in his last Test and has averaged 50 over his short career.

Has been our best bat while Warner and Smith were out. He bats at 5.

Patterson is two matches into his Test career, scored 100 in his last test, and deserves his opportunity. He bats at 6.

Our top six for the first Test should be Warner, Burns, Khawaja, Smith, Head, Patterson. I don’t know if it will be, but it should be.

One should be a top order spot which really comes down to Harris or Bancroft. Harris is the incumbent has been making a heap of runs in first class cricket. He’s the choice. Bancroft will need to wait and earn his way back with weight of runs.

The second spot should be for a middle order bat. M Marsh and Handscomb can’t seriously be considered. They have no current first class form and have both failed in their most recent Test opportunities.

That leaves Pucovski, Labuschagne and Wade. Pucovski is a fine young player. The only circumstances in which he’ll play a Test in this series is if Australia is struggling and needs to drop someone.

I don’t think the pressure of a struggling Australian team in an Ashes series in England is the place to debut this kid. He is 21, leave him at home. He has time on his side and if he keeps performing in Shield cricket his time will come.

I think it needs to be Wade over Labuschagne. His form with the bat can’t be ignored. Labuschagne’s bowling is overstated at times. He would be more a throw the ball to Mike Hussey/Michael Clarke to try and jag a wicket type bowler.

Keepers
Straightforward conversation. Tim Paine is our captain, has done a fine job and those arguing he shouldn’t play have lost their head.

He is our best keeper and has a Test batting averaging of 35. He’ll play until his form falls off a cliff or he wants to retire.

Alex Carey is the backup keeper who’ll one day likely take the gloves from Paine. Let’s not confuse his recent ODI form with red ball form.

He averages 29 in first class cricket. Not terrible for a keeper but not amazing either. His time will come, it’s not now.

Jon Holland is the next best option who’ll carry the drinks for the tour unless in the unlikely event of a Lyon injury he’s needed to play.

Tremain has been the best of them over the past few years, it’s whether he suits English conditions as much.

Siddle is a great option for the right pitch, Neser is a swing expert who has had a lot of success with the Duke ball and Bird is similar to Siddle. They are less likely to get a lot of game time behind the other four bowlers but lets say Siddle and Tremain.

Siddle has the experience and very good record in county cricket and will suit English pitches. Tremain has been the standout of the four at first class level over the past few season.

Of course we may not take a squad of 18. If it’s a squad of 16 or 17 the most in danger is the eighth batsmen, second keeper, second spinner or sixth quick bowler.

The upcoming Aust v Aust A game should only carry weight for the fringe positions. E.g. If Wade get’s a pair and Labuschange scores a century. Or Siddle goes wicketless and Neser takes 5 for. Or it may help decide who from the squad plays the first Test.

If Pattinson took 5 for and Hazlewood went wicketless he might play the first Test or if Harris scored 100 and Burns scratched around for a 20 ball duck he might get the nod.