Well folks, here we are again with the Super League competition well into the second half of its season operating under another new structure.

Well, really, it’s nothing new, just the Super League reverting back to its failed system of promotion and relegation. The winner of the Championship goes up, the last placed team in Super League goes down. Pretty simple.

For those who have not been up to date with the calamity that is the RFL’s administration of the sport, a quick history lesson.

Super League had a licensing system in place for several years. It was based upon a number of key indicators, mainly off-field criteria. Pressure from some of the smaller, ambitious clubs caused this model to be scrapped and promotion/relegation was returned.

Following this, a system called the Super 8s was introduced. I won’t even attempt to explain how this complicated mess of a system operated. Essentially, it was a playoff series for some Super League teams trying to avoid relegation and other teams trying to make the grand final.

So now, one up and one down has now returned. In the RFL’s wisdom, there is a real possibility that the Leeds Rhinos face relegation after a lean year on the field and join the Bradford Bulls in obscurity.

Yes, you read right: the Leeds Rhinos! Arguably the biggest and most strategically important club in the Super League, playing out of the second biggest city in northern England and a rugby league heartland. It is comparable to relegating the Brisbane Broncos from the NRL, or Collingwood from the AFL. 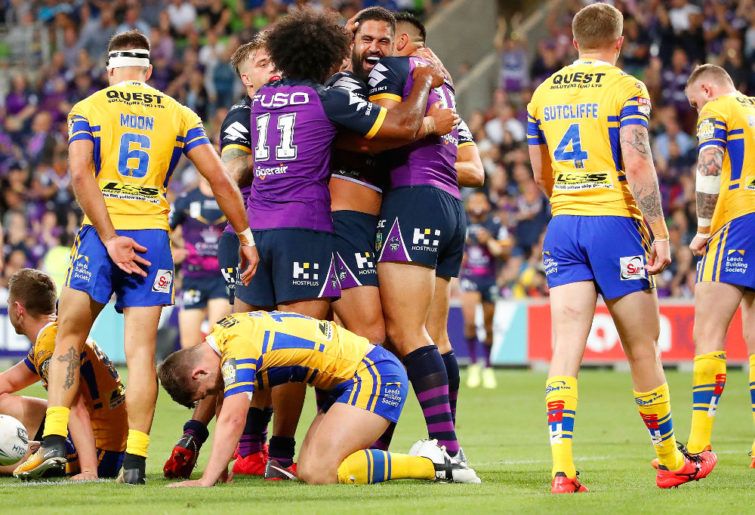 The stupidity that is the current Super League promotion and relegation system almost took out the Catalan Dragons in 2017 and, with it, the flicker of hope that the French are returning as a rugby league force.

Bradford, a city almost the size of Leeds and a rugby league stronghold, have witnessed their former powerhouse club rotting away in the minor leagues.

The London Broncos have gone up and down more times than fans care to recall.

When it comes to negotiating the upcoming new television rights deal with Sky or another broadcaster, rugby league can hardly bolster its bargaining power when the threat of relegation perennially hangs over crucial clubs like the Leeds Rhinos, Catalan Dragons or the Toronto Wolfpack, if they are indeed promoted to the top flight next year.

The RFL have again not shown leadership or vision with their competition, hence the under-performance and underachievement of rugby league in the northern hemisphere.

The RFL have allowed the British public’s obsession with romanticising promotion and relegation, as well as the vested interests of the smaller professional clubs in the north of England, to override logic and common sense for what is best for rugby league.

Promotion and relegation works in English football. It does not work in rugby league.

If, let’s say, Chelsea had a horrid season and were demoted, there are another four or five clubs in London to provide television and streaming content to broadcasters for the London market. Likewise in every other corner of England.

Rugby league does not have the same luxury, where teams being demoted are expendable. There are not 20 strong clubs across England climbing over each other to get into the Super League.

The Super League needs the likes of the Leeds Rhinos, Bradford Bulls, Wigan and St Helens in the competition. They are brands that are well known in the UK and beyond.

It also needs the Catalan Dragons to be guaranteed a spot as well as Toulouse Olympique and the Toronto Wolfpack to enter the competition if it wants to increase the bargaining power for Super League to sell TV rights in the French and North American markets. 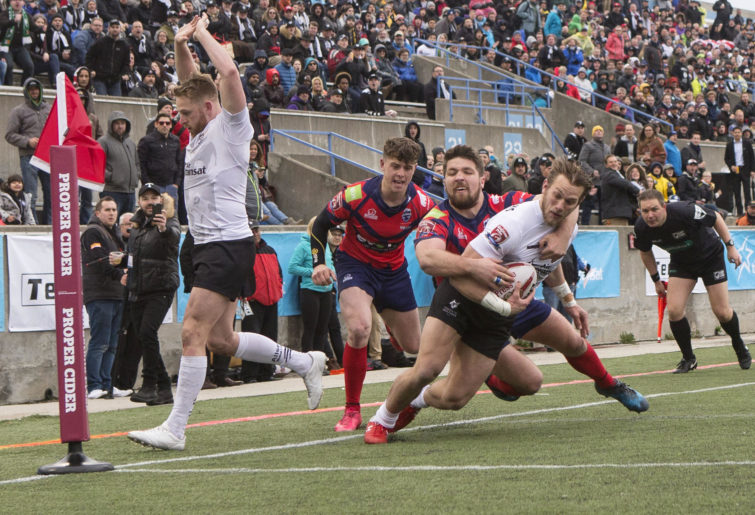 Down the track, hopefully Ottawa, Newcastle and New York can become rugby league outposts and further grow the broadcast revenue.

Sadly, I fear that either vested interests of some of the clubs in northern England or the lack of vision at the RFL will derail this outcome.

I cannot believe the RFL can’t see how flawed promotion and relegation is in its current form. It is bad for rugby league. Nothing good comes out of an axe constantly hanging over the strategically important big franchises and expansion clubs.

However, the calamity that is the RFL gets worse than their managing of Super League. In what can only be described as a gobsmacking decision, the RFL denied Toulouse and Toronto a place in this year’s Challenge Cup.

Why? Because these two clubs refused to pay a massive security deposit close to a million pounds in the unlikely case that either team would make it to the final and affect ticket sales for Wembley! Any losses from ticket sales were to be taken from this deposit.

The Challenge Cup and England internationals is the only rugby league content on free-to-air TV. Rugby league has a perception in the UK as a game played only in the north of England. For context, most British people don’t even understand that rugby union is a relatively minor sport in Australia compared to league, cricket and the AFL.

So here is an opportunity for the RFL to have broadcasted all over the United Kingdom Challenge Cup games that involve professional clubs from France and Canada playing the likes of Wigan and St Helens.

Words cannot describe how short-sighted the administrators of rugby league in England are.

Sadly, the RFL may never learn and Super League may never truly reach its full potential under the current regime.