The NPL can cure the A-League off-season boredom

This A-League off-season has been one of the most boring yet.

Wake up in the morning, check the transfer news and find out that one of the best players in the recent season has left to play in Asia – just like Roy Krishna, Craig Goodwin, Jason Davidson, David Williams, Isaias and many other top A-League players have done already.

Then, the day after, a player is released by their club and signs for the new boys, Western United, a few days later. It’s just a huge cycle.

I’ve lost interest in it. Because of this cycle, there isn’t any of the ‘will he stay, will he go’ talk. It’s hard to get into a debate about transfer news as we often just see a rumour and then they sign a few days later. Also, without transfer fees between A-League clubs,, there can’t be any debate about it.

So because of this off-season boredom, I’ve tried to get into other football leagues. The Copa America and the FIFA Women’s World Cup helped with some of that, but international football has never been my thing, apart from when my team plays.

A few friends have been following the MLS, but the time zone has got in the way with that, so I looked into the National Premier Leagues.

As I live in Perth, the obvious choice would be to follow NPL Western Australia. Even though the competition is entertaining and it’s great to cheer on Perth Glory’s reserves team, the main issue is that every game was on at 3:00pm (AWST) on a Saturday. So I started following the NPL Victoria, and I’m already loving it. 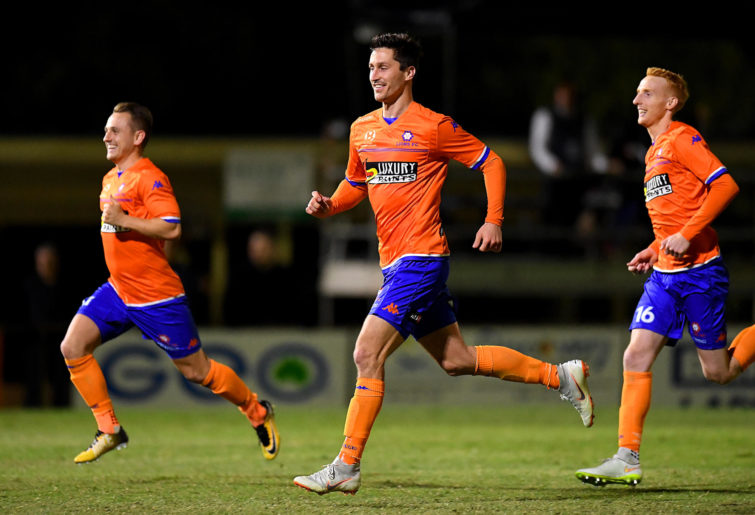 Some players who have impressed me have been Brandon Barnes of Dandenong Thunder, Matt Thurtell of Bentleigh Greens and Josh Wilkins of Heidelberg United.

As much as I love it, the competition still has a long way to go. An annoying aspect is that the cameras seem to have only one angle, so it’s hard to see every play.

Also, in some of the states many games don’t have a commentator, which makes it hard to identify players.

Another issue is scheduling. In NPL Western Australia, for example, because all games are scheduled at exactly the same time, people can watch only one match and attend one match.

I’m most looking forward to the national finals. The rules are that one team from each member federation will qualify, and it will be the team that finished on top of the table, not the finals winner.

The semi-finals were good as well. Lions FC knocked off Heidelberg United in front of 902 people on penalties after Heidelberg went down to ten men after 63 minutes.

In the other semi-final Campbelltown beat Sydney Olympic 2-1 in front of 776 people after they were awarded a penalty in the last minute, which was slotted home by captain Iain Fyfe.

The average attendance of the finals series was 806 and cracked the 1000 mark in two matches. I expect this season’s finals series to be just as entertaining and hopefully a bit more popular.

With only a bit over a month left before the federation finals, some of the competitions almost certainly have their winner.

In New South Wales the Wollongong Wolves are currently seven points clear on top with three games left. It would be nice to see Wollongong make the finals as they are probably one of the most supported NPL clubs in NSW.

In Western Australia Perth SC lead the pack by eight points with six games remaining and have lost only one game all season. They were in the finals last season too.

In South Australia Campbelltown City, last season’s national champions, are six points ahead of everyone with four games to go.
So far Wollongong, Perth and Campbelltown are almost certain to make the national finals, but it’s still very tight in the ACT, Northern New South Wales, Tasmania, Queensland and Victoria.

I highly recommend you start following a bit of your local NPL league if you’re bored by this A-League off-season, just like I am.