Why Melbourne is the only choice for the Australian Grand Prix

Understandably lost among words dedicated to the Rich Energy farce and the fading championship aspirations of Valtteri Bottas after the British Grand Prix was news that the Australian Grand Prix has had its contract extended to the end of 2025.

The two-year recommitment to Albert Park came as a surprise given we’re still several years out from the original contract’s 2023 expiry. However, the renewal does ensure the Melbourne race will celebrate its 30th anniversary once this extended deal reaches its full term, bringing Australia’s tenure as an Formula One host nation to 40 years.

“The decision to extend the current relationship for a further two years stems from the fact this event has proved to be a resounding success for the capital of Victoria, for Australia and indeed around the world, proving immensely popular with fans and those who work in Formula One,” F1 CEO Chase Carey said in a statement.

But you’d be forgiven for thinking the decision seems incongruous with the new direction being adopted by the sport when it comes to the calendar.

While Liberty Media did commit to serve Formula One’s heritage when it assumed its ownership — and Australia, having hosted 35 races to date, stands as the 11th longest-serving grand prix currently on the calendar — it has also put great emphasis on taking the sport to ‘destination cities’ around the world to boost its glamour value and take motor racing to new audiences.

Miami has become one of the highest-profile totems in this regard — both because it’s a target for a second American race and because concluding a deal with the city is proving so difficult — but street races in Las Vegas, Copenhagen, Beijing and Marrakech have also been variously rumoured and explored, and next year a semi-street race in Vietnam capital Hanoi will make its Formula One debut. 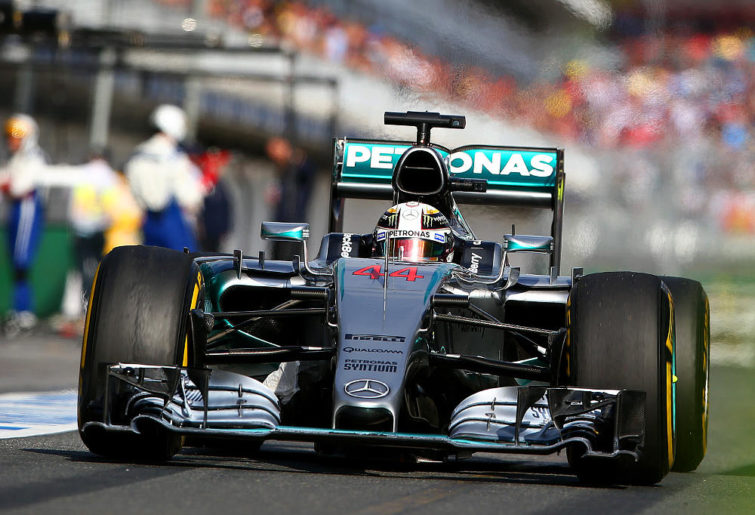 These are all fine dreams to have, but with the calendar already at 21 races and teams thus far unwilling to see it extended given the strain on personnel, new races at these destinations of global interest must come at the expense of old venues. For example, despite both willing to continue hosting duties, the Spanish and German grands prix are making way for their Dutch and Vietnamese counterparts next year.

So how does Melbourne stack up to F1’s grander ambitions?

Of course it has its scenic Albert Park location, close enough to both the city and the bay for plenty of good-for-TV helicopter camerawork. It’s also a race popular among the F1 travellers as a destination, breaking the European winter with a dose of fading Australian summer.

Then there’s the fact the Australian Grand Prix Corporation has made itself a model F1 promoter, regularly held up as one of the sport’s best.

But perhaps even more than these reasons is that there are few realistic alternatives.

F1’s credibility as the premier world championship relies on it reaching as many corners of the globe as possible, making abandoning our part of the world a difficult proposition but whittling down the list of destinations to just our handful of cities, and loveable though they all are, we all know Sydney and its iconic harbour is our biggest heaviest international hitter.

Surely a race with such a recognisable backdrop would nail F1’s definition of ‘destination city’.

But the persistent rumour of a bombshell move north is rarely treated seriously, and that’s because the dream harbourside race is exactly that — a dream.

The prospect of central Sydney being shut down for the weeks required to set up a grand prix-standard circuit along the bridge or the streets around the Opera House is unconscionable. The city’s already notorious traffic would grind to a halt — even the closure of the comparatively unimportant Albert Park thoroughfare slows Melbourne’s trundling commute — and that’s without considering the cost of ensuring the selected roads are modified to ensure safe racing.

And if you couldn’t hold a Sydney race with the Sydney backdrop, then why move it there at all? A race in the outskirts does little for the city or the sport, and even the Supercars got sick of racing at Homebush.

There’s an interesting comparison in Britain, albeit on a far grander scale, where negotiations for the extension of Silverstone’s tenure as host of the British Grand Prix hinged on how hard F1 is likely to push for a race in London, another of those long-rumoured destination-city dreams.

No-one doubts the attractiveness of a race through the world’s best-known streets, but the reality of the proposition is decidedly less exciting, with the race nigh impossible to be run in the historic centre and sure to be pushed among the new developments along the river in the east.

“You would need to see [Admiral Horatio] Nelson’s Column and go past Buckingham Palace pretty much,” Red Bull Racing boss Christian Horner neatly summarised as part of the groundswell of support for Silverstone last weekend, as per Autosport. “A London Grand Prix only works if it’s proper London.”

Whether a race in the farther reaches of London comes to pass remains to be seen — F1 appears committed, though it can’t be realised for at least three years as per the terms of the new contract — but just as Silverstone is the only real destination for the British Grand Prix, so too is Melbourne the only viable home for Formula One in Australia.