On a green pitch, which reportedly offered generous seam movement, the Graeme Hick XII bowlers made merry en route to rolling the Brad Haddin XII for a paltry 105.

The manner in which many of the batsmen were flummoxed by the moist surface and swinging Dukes ball was reminiscent of Australia’s all-too-frequent batting collapses in recent Ashes series in the UK. 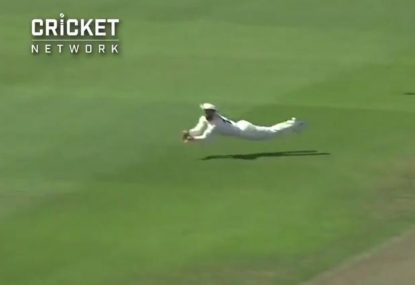 The only batsman who prospered, to a degree, in the first dig was Marnus Labuschagne, with 41. Batting at first drop he benefited from his heavy exposure to UK conditions of late, having played ten county matches in the past three months and churning out five tons in the process.

In-form strike bowler James Pattinson took the new ball and shaped as the bowler most likely to run amok in the opening session. Instead, his opening partner Neser kickstarted the collapse.

First he had Warner through a drive early, chipping the shot to a diving Matt Wade at cover to be out for 4. Then Neser took aim at Marcus Harris, the favourite to open with Warner in the Ashes, and had the left-hander LBW to make the score 2-15. 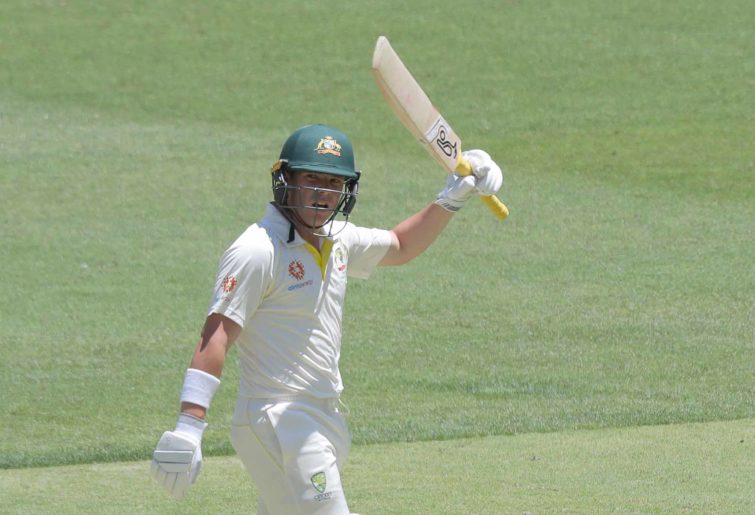 The Queensland quick has become known as a specialist with the English ball after exploiting its swing when it was used in the second half of the past three Sheffield Shield seasons. Across those seasons Neser took 54 wickets at 21 with the Dukes.

He was also solid in Australia A’s last four-day match, against the England Lions, taking 3-57 for the match with all of his wickets top-order batsmen.

The Tasmanian struck in his first over when Head, indulging a bad habit, tried to slice a length delivery behind point and fed a catch to second slip. When Bird then pinned Test incumbent Patterson LBW the score was grim at 4-29.

Batting prodigy Pucovski hung around with Labuschagne for about 35 minutes before he nicked off to Chris Tremain, leaving Haddin’s men at 5-64 at lunch.

That brought to the crease Carey who has, rather prematurely, been touted as a specialist batsman for the Ashes. He, too, was trapped in front by Bird.

Then Pattinson returned and quickly had Labuschagne caught behind. While he grafted as others fell around him, the young Queenslander must have felt it was a lost opportunity – had he kicked on and doubled his score that may well have vaulted him into the XI for the series opener against England.

What Labuschagne’s innings did underline was how valuable it is to be familiar with the local conditions.

Pat Cummins (14) and Mitchell Starc (14) then held on for a while before Neser came back to finish what he started. On a day when few players enhanced their Ashes claims, Neser reminded the selectors of his potency with the Dukes ball.