Should England be favourites for the Ashes?

Having won the World Cup, the bookies have England as clear favourites to win the upcoming Ashes series. But are the Aussies really so far off the pace?

First of all, the focus should be on the current squad of 25 Australian players, battling it out for a spot in the final touring party.

Justin Langer has managed something of a conjuring trick, putting together a really exciting group – one that is fit, brimfull of talent, and in very good form – right under the hosts’ noses.

This group has also had time to become acclimatised to local conditions, either through playing County cricket, being a member of the World Cup squad, or simply being part of the group who went into camp in Brisbane, then came to England and have spent weeks training and playing.

The practice games have largely been ignored by the English press, but they’ve been the perfect lead-in to this series, especially for the batsmen who needed time in the middle against the Dukes ball.

Australia can put together two teams that are of genuine Test quality, especially in the bowling department. It would be well over a decade since we had so many talented cricketers fit and ready to go, yet this point seems to have escaped people’s attention.

It’s also questionable whether England are in a World Cup hangover. Mark Wood seemed to indicate as much when he said he was still trying to come to terms with the result.

The likely home side are in disarray through poor form at Test level and injuries. Their top three batsmen have not been settled for more than two years and no one can be sure who will be playing right now.

These batsmen will likely be up against four bowlers who are in the top 20 in world cricket. If not, they might have to face James Pattinson or Peter Siddle – both of whom have had outstanding seasons in County cricket – or even Jhye Richardson, who has made such an impact in his short Test career to date.

England’s likely middle order is strong on paper but only Joe Root has genuine Test-quality numbers with the bat. Ben Stokes averages 33.9 after more than 50 Tests, while Jos Butler averages 35.9, but has made only one century in 54 innings.

Little has been said about England’s bowling stocks, probably because there’s an expectation James Anderson will take all before him. 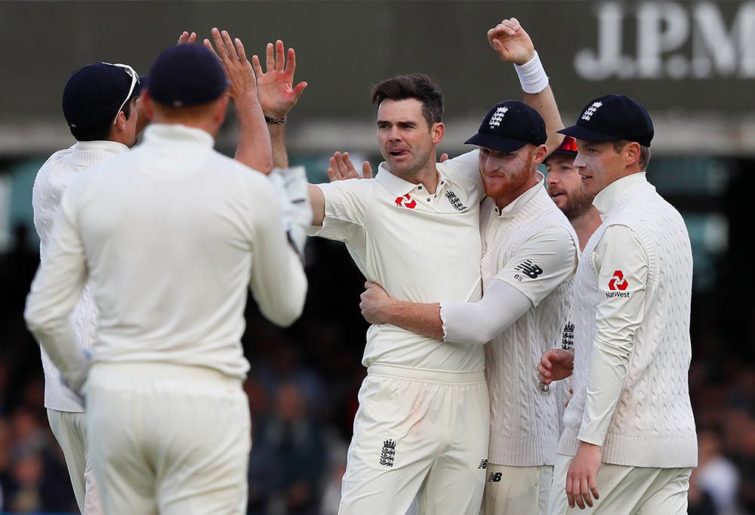 The reality is, England have few fit or in-form bowlers to choose from.

Mark Wood is not likely to play until the fourth Test and Jofra Archer is also battling to be fit.

Sam Curran and Chris Woakes will likely come in, but are not in the same class as Anderson.

Stuart Broad, so often the destroyer for England, is badly out of form and would be a surprising choice for this series, which is one less headache for the tourists.

Moeen Ali and Adil Rashid have proven ineffective in recent series with both ball and bat. Jack Leach, the other spin option, had a good series in Sri Lanka last year, but then didn’t make the squad for the Tests against the West Indies – a series which was lost by poor batting in the first two Tests.

The English fans, press and bookies consider their side favourites and hopefully their players do as well. But Australia have quietly assembled a talented squad that should give a good account of themselves.

The likely toursits’ team has at least three and perhaps as many as five or six world-class players and plenty of quality backup.

England, on the other hand, are likely struggling to move on from the World Cup, and have issues with their best batsmen and bowling options to support Anderson.

The side will have plenty of vocal encouragement, but they need to win games to keep their fickle public interested.

Should England be favourites for the Ashes? If that helps bring the urn back to Australia, by all means, leave England as top dogs.