We’re approaching the business end of the 2019 NRL season and it’s all to play for on Thursday when the Sharks host the Cowboys.

It’s a critical game that will all but eliminate the losing side from this year’s finals equation, and neither team is really running with form that fills the supporter’s hearts with hope.

Cronulla have lost their last five games, and four of them by two points or less. This shocking run includes a somewhat remarkable feat – in those four close losses, Cronulla have scored more tries than their opponents, but still got beaten.

If they’d been able to kick for goal accurately, things could be so different for the men from the shire. They’ve certainly got the talent to contend for the title, but sloppy execution at fundamental parts of the game has cost them a real shot at the premiership. 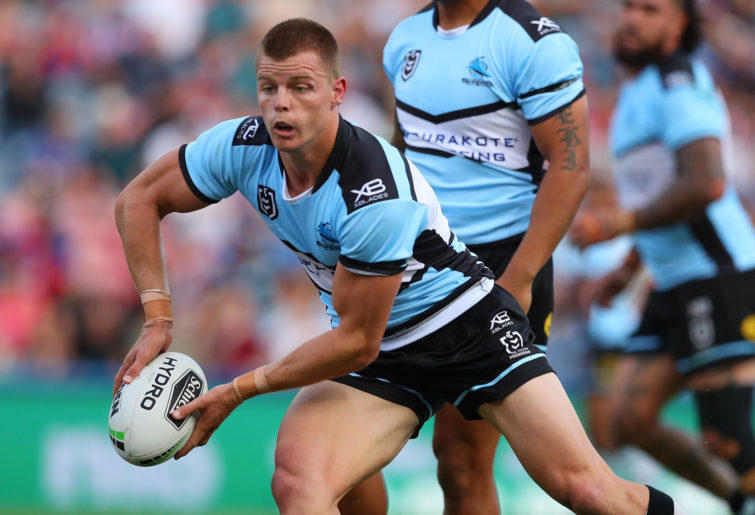 North Queensland aren’t in shiny nick themselves, losing four of their last five games. The one win wasn’t bad, a surprise 15-12 result over the Roosters, but this was bookended by pretty ordinary performances against the Rabbitohs and St George Illawarra.

The Cowboys put up a good fight against South Sydney last week but couldn’t close the deal, copping three tries in the last ten minutes to go down by 12 points.

Cowboys coach Paul Green is starting to feel the heat of an underwhelming couple of seasons and his squad is fast running out of time to make anything of 2019.

It’s 6-4 Cronulla’s way in the last ten match-ups between these two and the last time they played up in Townsville the Sharks cleaned up the home side to the tune of 42-16.

Cronulla will be missing regular fullback Matt Moylan (injured again) and the forward Andrew Fifita (suspended again). To cover them, Josh Dugan will move to fullback and young monster dynamo Braden Hamlin-Uele will start in the front row.

Hamlin-Uele is a great young forward who makes things happen and it’ll be good for the Sharks to have him throwing himself around early.

North Queensland’s captain Michael Morgan is still out after being concussed in State of Origin three almost three weeks ago. That length of time out for concussion is not a good sign, but the Cowboys are taking every precaution as they should.

One positive for the Cowboys has been the recruiting of Scott Drinkwater from Melbourne, pushed out by a fullback oversupply down south. Drinkwater is a great young talent and has already scored twice in just three games with North Queensland.

Both sides need to win this game if they have any plans of grabbing onto the lower part of the top eight. If carrying a 7-10 record wasn’t bad enough, the Sharks and Cowboys both have incredibly difficult schedules to round out the season and every win against teams in the finals push will be worth its weight in gold.

Jason Taumalolo was in terrifying form to start the season – can he pick it up again? (Photo by Ian Hitchcock/Getty Images)

North Queensland have tough trips to Newcastle (eighth), Melbourne (first) and also take on the Broncos, Tigers and Panthers.

It’s not easy route to the finals, and a loss tonight could mean there’s too much ground to make up.

Prediction
There’s a lot on the line for this one. The winner of this match keeps their season on life support for seven more days, the loser can start planning early surgeries for key players and giving the kids a run in first grade for the last six weeks.

North Queensland are under the most pressure to win with a horrible for and against of -69. Facing up to a good Sharks team may be a bridge too far.

It’ll be a tough game, but I’ve got the Sharks in a squeaker.