Modern cricket is increasingly a data-driven domain. Right now, England and Australia’s analysts are pouring over dossiers that will help it exploit the other ahead of the upcoming Ashes.

Stats, pitch maps, beehives and interception points are being picked apart to best open up cracks in the opposition.

But the freshest and perhaps the most damning piece of evidence against Australia – one that adds to an already large sample size – again fell into English laps in the last couple of days. In losing 17 wickets on the opening day of an intra-squad match in Hampshire, Australia showed their swing-induced deficiencies are still very apparent (England, as it turns out, showed theirs too against Ireland last night).

Conditions appeared tough for batting at The Rose Bowl, and several players were having their first competitive innings against the Dukes ball after an extended period against the white Kookaburra. But this provides little solace given the first Test starts in a week.

Much as it would like to, Australia’s years-long struggle against the moving ball means it isn’t in the position to dismiss the day one in Hampshire as a mere anomaly.

The events of Tuesday afternoon quite rightly shouldn’t be dwelled on given the impending series, but for those on the outside it shines a light on the biggest flaw in either side this Ashes series.

While England’s top order issues against the moving ball were also exposed against Ireland overnight, for Australia it has been a far longer battle.

Certain performances in the last few years suggest the Aussies have improved on its ability to play spin in foreign conditions, but little suggests they have improved against seam and swing.

The last two Ashes series in England the Aussies have feebly fallen to the moving Dukes, and a big question remains whether enough has changed since 2015.

Don’t let the revisionists tell you that that series, where Australia lost 3-2, was close. The Aussies bullied England on a flat Lord’s surface and saved further blushes at The Oval to peg a Test back when it was all over.

But at Edgbaston and especially Trent Bridge it was brutally exposed as a side who are quickly out of answers when the ball is moving in the air and off the surface. Last year’s tour of South Africa, where Vernon Philander and Kagiso Rabada combined for 39 wickets, was further proof. 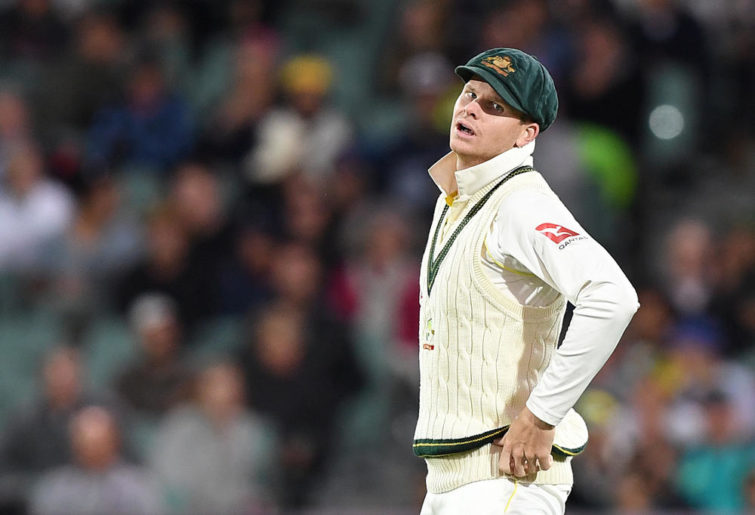 Australia were troubled by the moving ball in the last away Ashes series. (AAP Image/Dave Hunt)

For four years the memory of Trent Bridge has stuck firmly the the front of Australian cricket’s mind. Bowled out for 60 on the first morning, its Ashes campaign was essentially ended in a session thanks to Stuart Broad.

But could history repeat itself? While it might not be skittled again for 60, a sub-100 score remains a distinct possibility. Australia’s top-six in that Test match (Chris Rogers, Dave Warner, Steve Smith, Shaun Marsh, Michael Clarke and Adam Voges) was arguably better equipped than the one it will field next Thursday.

Rogers, one of Australia’s most prolific players in England, said England’s bowlers would especially target Australia’s left-handers around the wicket.

“If they don’t know now that all of the England bowlers will come around the wicket, angle it in and swing it away, then they haven’t done their research,” he said in a recent News Corp interview.

“You want to have a neutral method that can counter that. If you over-commit to a certain way, if you are committing to Jimmy Anderson’s out-swinger you are going to get your pads blown off. You make smaller movements and you try and play later. You have to accept you are going to be in trouble a lot of the time.”

Australia’s best chance of winning, quite obviously, rests on the shoulders of its bowlers. That is, relying on their accomplished quicks to make inroads even when the batting card has let them down.

Unlike the batsmen, there appears little for Justin Langer to worry about on this front with a host of players seemingly up to the task. It appears only one of Peter Siddle, Jackson Bird or Michael Neser will be selected if they stay true to their word and select five pacemen. Common wisdom suggests Pat Cummins, Mitchell Starc, James Pattinson and Josh Hazlewood will be the other four.

Siddle or Bird, 10-15km/h slower than the others, could feasibly feature as key members of the squad if selected. A low-scoring Ashes looms and if that eventuates, we’re set for a beauty.