Robbie Kruse to Melbourne Victory? For the love of God no!

I picked up the above quote from a Victory fan on social media, as rumours brewed around their potential new signing. Now, it is official.

If there was ever a more perfect match, I’m finding it difficult to recall.

Talk about swings and roundabouts.

One of the most interesting and vibrant aspects of human life is its unpredictability and opportunistic nature. Never has that been more the case than in Melbourne Victory’s decision to sign the 30-year-old Kruse on a two-year deal.

New manager Marco Kurz appears chuffed with his first signing and Kruse has spoken warmly of his pleasure at returning home.

It has been a mighty long road for the Brisbane born attacker. Beginning his A-League career at Brisbane Roar in 2007, some unsavoury off-field incidents expedited his move to Victory in 2009.

It was there under Ernie Merrick that Kruse began to flourish as a player and in turn, drew attention from international scouts.

Germany well and truly noticed his ability to sniff out a goal and use his speed and agility to create space in behind defences.

What followed was a series of clubs, both Bundesliga and below and only a short, disastrous and unpaid stint with Chinese club Liaoning Whowin interrupted near a decade of play in Germany.

All the while, Kruse became a staple in the national team. 75 international caps is an achievement for any footballer. 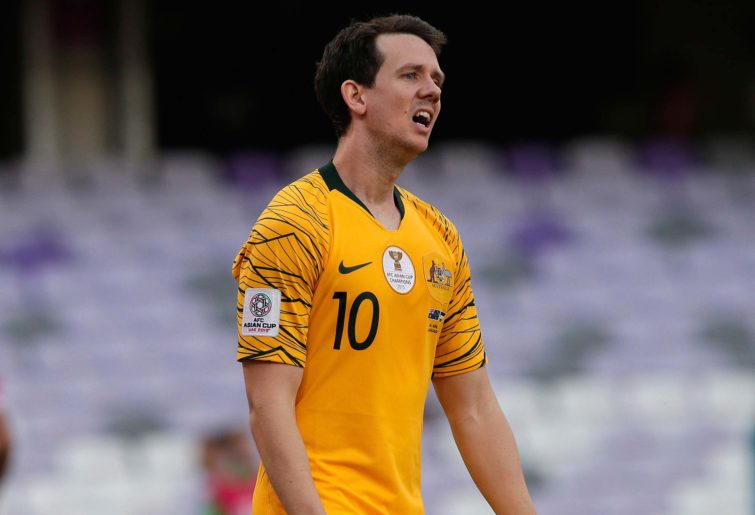 However, despite playing a key role in Australia’s qualification for both the 2014 and 2018 World Cups, earning a starting position for the 2015 Asian Cup Final and an unwavering and passionate desire to represent his nation with honour and pride, Kruse just isn’t everybody’s cup of tea.

At the core of the frustrations around such a talented yet potentially unfulfilled player is the simple and rather condemning fact that he has produced just five goals from those 75 international matches.

For most, that is simply an unacceptable return. Of the five, one came in a friendly against Wales in 2011.

Two came in Asian Cup play, one an 83rd minute goal that capped a 6-0 semi-final trouncing of Uzbekistan in 2011 and the other Australia’s second goal in a comfortable 4-0 group stage win against Oman in 2015.

Kruse’s other two goals came in World Cup Qualification campaigns. The first was against Jordan in another dominant 4-0 victory in 2014. The other is potentially his most valuable contribution to the Socceroos. 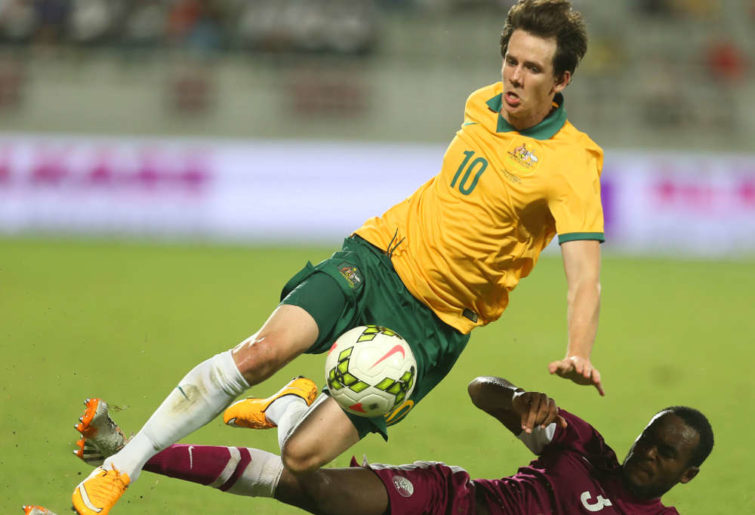 His first half goal in the 1-1 draw with Syria in Malaysia during Australia’s hair-raising qualification campaign for Russia in 2018 was vital.

But for that away goal, all Tim Cahill’s heroics in Sydney during the return leg would not have been required and the Syrians may well have made their way to a World Cup.

In big moments, against bigger nations and with much on the line, Kruse has rarely delivered.

That fact has seen him become the focus of much animosity and vitriol; so much so that the hate speech directed towards him during the 2019 World Cup forced his family to avoid social media, so upsetting was the abuse.

Teammates Mathew Leckie and Mark Milligan jumped to his defence, calling for people to back off.

Aziz Behich also offered some perspective and context to the distasteful commentary around Kruse’s performances, “What he has been through in his career with injuries and setbacks … a lot of players would have crumbled a long time ago,” Behich said.

Of course, Kruse is far from being on his ‘Pat Malone’ in the lack of goal production department with other members of the Socceroos’ attacking unit faring just as poorly when it comes to converting possession into scoreboard pressure.

James Troisi, Leckie and Kruse have managed just 19 goals from a combined 173 appearances, yet it appears Kruse becomes the whipping boy on a disproportionate number of occasions.

The simple and uncomfortable fact for many to grasp is that Robbie Kruse is an excellent footballer. It would be impossible for him to have won the Australian PFA Footballer of the Year in 2012–13 without that being the case.

However, he has played ponderously for the national team at times and struggled to poach the number and type of goals at international level that he did as a young star with the Roar and Victory.

Now Robbie Kruse comes home and I for one, cannot wait to see him slide one past a helpless goal keeper at AAMI Park in a few months and celebrate his return to the A-League.

I’ll be on my feet when he does and in respect of a gallant Socceroo, we all should be.