These sides might be positioned fourth and fifth on the ladder, but their seasons appear to be heading in drastically different directions.

After injuries threatened to derail their year, the Tigers are back close to full health and riding a four-game win streak during which they have boosted their percentage from a lousy 92 to a suddenly healthy 107.5.

For the first time this season, Richmond have named an unchanged team.

Collingwood, on the other hand, seem to be falling apart. The Pies have dropped three of their past four, albeit their one win an impressive single-point victory against the reigning premiers in Perth.

After being hammered by the undermanned Giants in a game that was decided about 15 minutes into the first term, the Pies have made four changes.

Matt Scharenberg, Jamie Elliott, Josh Thomas and Josh Daicos come into the side for injured pair Brayden Sier and James Aish, and Ben Crocker and Flynn Appleby, who have both been dropped.

Last week was the first time this season Collingwood conceded 100 points, and that could spell trouble, because the Tigers notched triple figures last week for the third time in four weeks – their lowest score in the past month was 94 points against the Giants a fortnight ago.

Scharenberg is a significant in for the Pies, who will have to contend with the daunting trio of Jack Riewoldt, Tom Lynch and Dustin Martin in the Tigers’ forward line – Josh Caddy booted 46 goals last year but can’t break into the Richmond 22 at the moment. 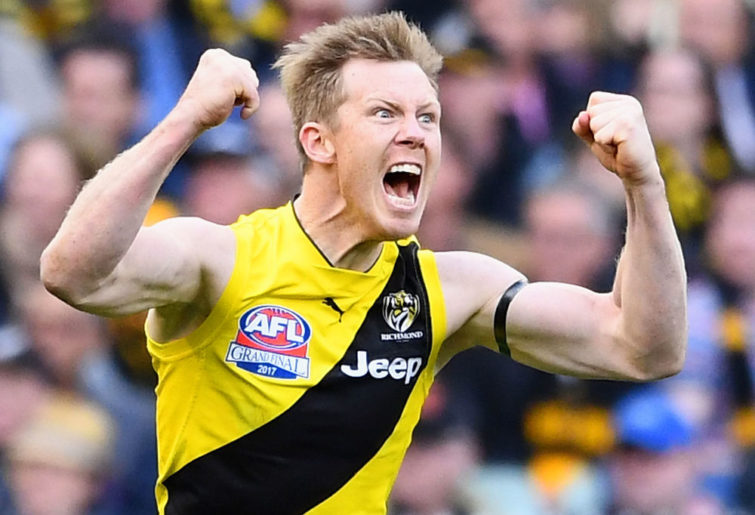 In last week’s win over Port, Lynch looked as good as he has since joining the Tigers, finishing with 19 touches, nine marks (five of those inside 50), a season-high five inside 50s, and three goals.

If not for some wayward kicking – he booted four behinds – he could have had a monster day. Despite the hand-wringing over his form this year, Lynch is No.1 in the league for contested marks and second to only Jeremy Cameron for marks inside 50.

As the only Collingwood defender who’s listed as taller than 191cm, Jordan Roughead (200cm) looks the obvious match-up for Lynch (199cm).

It’s a daunting challenge for the former Bulldog, but he’s had a solid season in his new colours.

The Pies simply have to get on top in the middle to stand a chance.

When these sides met in Round 2, Adam Treloar, Dayne Beams and Scott Pendlebury all had at least 30 touches, six inside 50s and five clearances in a 44-point win.

Beams won’t be out there tonight, but Taylor Adams will be. Adams was one of the few Collingwood players who could hold his chin up after last week’s loss to Greater Western Sydney. Adams had 32 touches, 11 clearances and seven tackles in his first game in 11 weeks.

Perhaps the only Magpie better than Adams last week was Brodie Grundy, who was monstrous with 31 disposals, 22 contested possessions, ten clearances, nine tackles and a season-high 370 metres gained. 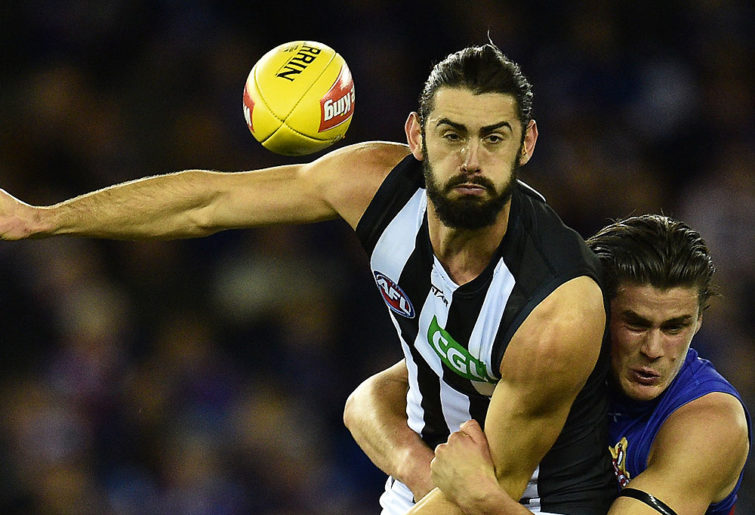 With Ivan Soldo and Mabior Chol sharing ruck duties, Grundy is likely to dominate his opponents, the question is whether Collingwood will turn that positional supremacy into a greater advantage.

Back in Round 2, the Magpies dominated possession, controlling the ball with 165 more disposals and 96 more marks.

Richmond are comfortable losing in close in order to control space and territory – they are 17th for both clearance and contested possession differentials this season.

Collingwood should be able to win those areas, but Nathan Buckley knows to beat the Tigers when they’re at or near their best, his side needs clean possession in space.

Control the ball, control the tempo and spread out the Richmond defenders and they can be beaten. Buckley knows that.

But there’s something wrong with the Magpies at the moment, and the Tigers once more look like the team to beat.

Richmond to return to the top-four with a four-goal win.