Do you remember the time when we could all agree that Israel Folau made a horrible choice?

It was in last year’s Rugby Championship Test on the Gold Coast, and with a pumped-up Argentina leading Australia 23-19, the Wallabies fullback had a golden chance to win the game after the siren.

Folau was charging towards the tryline – only five metres out – with an unmarked Bernard Foley to his right. Instead of a simple short pass to Foley, Folau tried to bash through three Pumas defenders and lost the ball in contact. Try bombed. Match over.

You’re a liar if you think he made the right decision.

You’re also a liar if you’re a Wallabies fan and think their clash against Argentina tomorrow night is the best match of the weekend.

Call it pessimistic, call it despondent, but most ways one can dice it, there’s not a heap to get excited about for supporters of the men in gold.

The team are coming off a comprehensive defeat to the Springboks at Ellis Park – spending almost two weeks in South Africa in the lead-up in Johannesburg to prepare against a Boks side missing at least six of their best and still falling well short.

Forget the yellow card to Taniela Tupou and the two bombed no tries, they were wasteful and unimaginative in attack, and sloppy in defence. 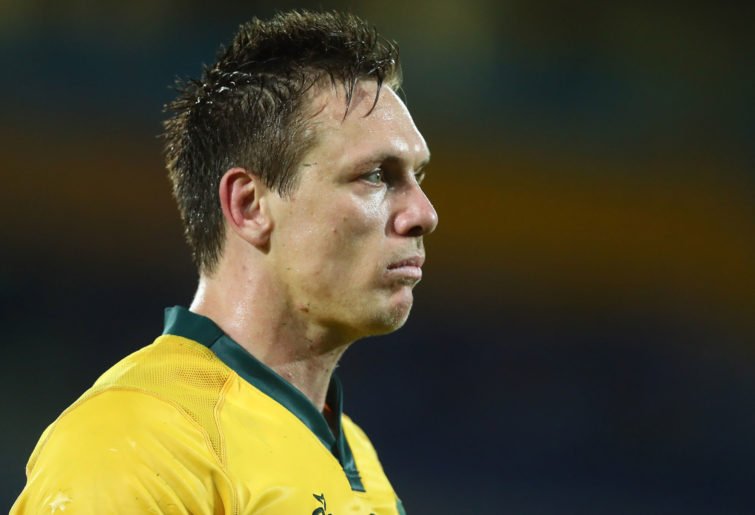 They are facing an Argentinian team that they are expected to beat at home. No doubt they’re tough opposition – the Pumas only going down to the All Blacks 20-16 in Buenos Aires last weekend – but last year’s loss was the Wallabies’ first home defeat to the Argies in 35 years.

Argentina have won only six out of the 31 Tests between the two nations. In a World Cup context, with only two Tests against the All Blacks and one against Samoa to come before the start of the tournament in Japan, a loss to the Pumas would weigh heavily.

Brush aside what Michael Cheika described as “good signs” in the loss to South Africa, the Aussies need a win for their own confidence but also to generate some positivity among fans.

For rugby purists, the battle between New Zealand and the Springboks in Wellington is mouth-watering. The Boks have made 12 changes to their team from last weekend, while the All Blacks have pulled a surprise by shifting Beauden Barrett to fullback to accommodate Richie Mo’unga at five-eighth.

It will be a cracker, especially given the nations will face each other again in Pool B at the World Cup.

The Wallabies have made their own changes – five to the starting side – although most have come in the backline, despite the forwards getting bullied in the Republic.

Christian Lealiifano returns at five-eighth, after last playing Test rugby in 2016. Only a massive performance from Lealiifano will bump Foley at No.10.

Will Genia, Marika Koroibete and Kurtley Beale are also added to the backline while Scott Sio replaces James Slipper at loosehead prop.

Lealiifano kicking for goal against the Lions (Tim Anger Photography)

The other notable inclusion is James O’Connor on the bench.

O’Connor hasn’t played a Test in six years and only became eligible after recently signing a Super Rugby deal with the Queensland Reds. Along with Lealiifano’s inclusion, O’Connor’s recall is something worth getting excited about.

The Wallabies need more points and O’Connor is the type of attacking spark that Cheika feels is worth a punt, even at the relatively late stages of World Cup preparations.

As a teenager, who made his international debut at 18, O’Connor was regarded mostly as a fullback and winger – although he played five-eighth as well. He was quick, with brilliant acceleration and footwork, and his kicking game was top-notch too.

But at his most recent club, the Sale Sharks in England, O’Connor spent much of his time at inside centre. Now 28, he’s lost a bit of pace and added some bulk. But he can still sniff out a gap.

If O’Connor is going to be given a legitimate chance to push for a spot in Australia’s best 23 for the World Cup, then one would assume he’s set to get 20-25 minutes off the bench this weekend.

Matt Toomua is riding the pine too, so he’s likely to cover No.10 and No.12. However, there’s the luxury of O’Connor featuring at inside centre and shifting Kerevi to No.13, where he’s been a fair bit recently.

But is it too risky having Lealiifano or Toomua, as well as O’Connor and Beale on at the same time? Is that too many playmakers? Does that mean you’ve got to keep Kerevi and Tevita Kuridrani on the field to have two hole runners and two big bodies defensively in the midfield?

Cheika will perhaps want to have O’Connor and Beale scheming together, as that combination has worked pretty well in the past. But then O’Connor might even get a go on the wing, with the plan to run off Kerevi and Kuridrani in the wider channels. The Wallabies didn’t make an offload against the Boks, so that’s an area that needs obvious attention.

If O’Connor impresses against, then is it too far-fetched to think he could earn a starting jersey against New Zealand? You’d think his only chance would be on the wing given the uncertainty in that position. Koroibete has probably just about locked in one berth, but the other is up in the air.

Dane Haylett-Petty has his admirers, while Reece Hodge hasn’t made a huge impression for the Rebels and Wallabies over the past six weeks. Tom Banks and Jack Maddocks are other candidates, but O’Connor shouldn’t be ruled out.