As the first Ashes Test at Edgbaston draws closer, the hype around Matthew Wade’s possible return from cricketing purgatory continues to grow.

However, one gaping hole remains: the No.6.

New South Welshman Kurtis Patterson held the role in Australia’s last Test in February, hitting an unbeaten 114 against a weakened Sri Lankan bowling attack. Before Patterson, Peter Handscomb and Mitchell Marsh both tried their hand in the six spot during India’s tour of Australia last summer.

From that trio, only Marsh has attained a place in the 17-man Ashes squad, leaving Wade to face off with Queenslander Marnus Labuschagne for the last spot in the side – a battle made extremely tough due to Labuschagne’s versatility and impressive form of late.

Known best by Australian cricket fans for his difficult-to-pronounce surname and an epic short-leg catch taken to dismiss Indian Varun Aaron in the 2014 Gabba Test, Labuschagne is the incumbent No.4 for Australia but will vacate that role to accommodate the return of Steve Smith.

In his five Tests to date, he has accumulated 210 runs at a modest average of 26.25 but has shown his real worth with the ball, picking up nine scalps at an average of 27.11. With Steve Smith providing the only other leg-spinning option in the side (17 wickets at 54.88), Labuschagne would provide a capable fifth prong for Justin Langer’s bowling attack. 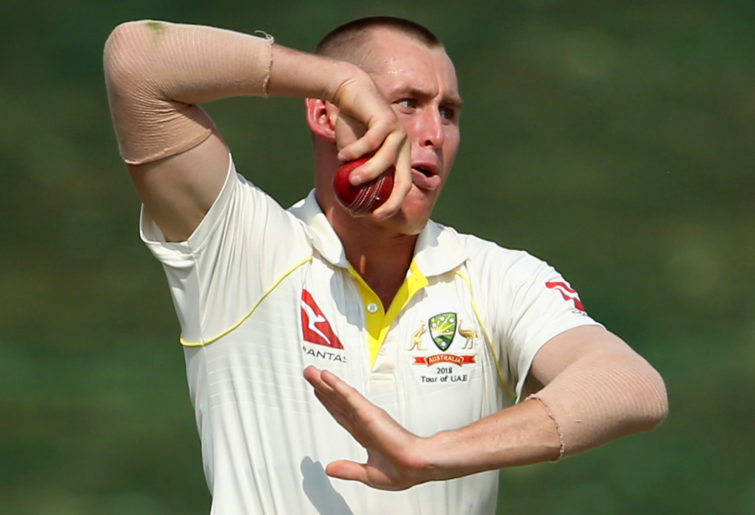 However, Labuschagne’s real value can be seen through his recent form with the bat in the English County Championship Division Two, where he has amassed 1114 runs in just ten matches this season at an average of 65.52. Playing for Glamorgan against bowling line-ups that boast the likes of James Anderson, Labuschagne has scored five centuries, including an impressive 182 off 244 against Sussex.

Wade, too, has impressed at the domestic level since being dropped from the Test arena, averaging 52.3 and scoring five hundreds in his last 37 innings for Tasmania. He also chimed in with back-to-back hundreds while playing for Australia A in June.

However, those scores were made in one-day matches and you only have to look as far as Jason Roy’s form against Ireland to realise that long-form batting is an entirely different beast to the shorter formats of the game.

Australian fans have been crying out for a No.6 to take on the Michael Hussey role: providing a steadying force to avoid batting collapses such as that of Trent Bridge in 2015. When considering his bowling capabilities and outstanding fielding, Labuschagne could provide that and more in Australia’s quest to retain the urn.

Should Usman Khawaja miss the first Test due to the hamstring injury he sustained in Australia’s World Cup loss to South Africa, the equation becomes much simpler, as we could expect both Wade and Labuschagne to be selected.

But with Khawaja appearing likely to suit up on Thursday, one man will have to miss out – and don’t be surprised if it happens to be Wade.

The Ashes has just recently concluded and it was an easy, one-sided affair for the Aussies, retaining the urn 4-0. There were many interesting moments in the five-match series. Here I look at the top five moments. 5. Mark Wood’s fiery 6-37 Mark Wood, what a man. He deserves a special round of applause for […]