The time has come for a Masters 1000 tournament on grass

With Wimbledon and the grass court season well and truly behind us, the Association of Tennis Professionals tour is moving towards the final Grand Slam of the year – the US Open.

This week also marks the final clay court tournament of the year in Austria, which is odd in itself being wedged in between the grass and hard court seasons.

From next week the remainder of the ATP tennis tour is played purely on hard court through to the end of the season in November. Following a short six to eight week break, it will all start again on hard court for the first few months of the new year.

There is so much discussion about the length of the tennis season – and the toll it takes on the players bodies – that surely seven months of the season playing on hard courts is too many. What other sport in the world is played on a surface so unforgiving on the body, and for so long?

In recent years, the players lobbied for an extension to the grass court season – and the ATP listened – with the Mercedes Cup in Stuttgart transitioning from clay to grass.

But is it enough? Surely the time has come for a Masters 1000 tournament on the grass. We have only four Grand Slam tournaments, and only one of them is played on the lawn surface.

There are nine Masters 1000 tournaments, with six of them on hard court and three on clay. Wouldn’t it make sense to have at least one of these on the grass, either before or after Wimbledon?

Grass court tennis is so unique and can throw up so many weird and wonderful results. We want some point of difference during the season, and although there doesn’t seem to be a lot of change at the very pointy end of Wimbledon, anyone watching the first week at the All England Club knows how unpredictable it can be. 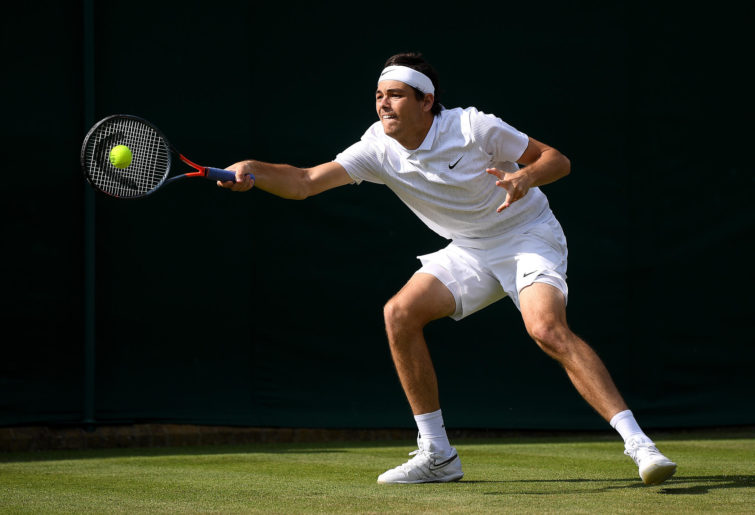 It would be even more important to create a grass court tournament that is on a traditional grass surface. Fast, slick and low bouncing so to ensure we don’t just have a baseline slug fest – which Wimbledon has started to become.

If the players know there is a Grand Slam – and a Masters 1000 – plus the seven other ATP 500 and ATP 250 tournaments on the grass, surely we would see more players put the time and effort into mastering the art of serves and volleys, and of slices and angles.

This can only be a positive for the sport, can it not?

The problem is – as it always will be – where will the tournament fit into the current calendar? Perhaps it can be played in the week after the Hall of Fame grass court tournament in Newport.

During that week, we have two clay court tournaments in Europe. It seems like there might be a little window there – although obviously there would need to be some tweaking – and it will upset certain factions of the tennis world.

Then the question would be do we have ten Masters Tournaments? Or is it kept at nine, thereby getting rid of one of the hard court Masters?

We don’t need back to back Masters Tournaments leading in to the US Open. We currently have one in both Toronto and Cincinnati. They are both great tournaments, and asking the ATP to finish one up would probably cause some uproar.

Would it be too much of a radical change to alternate the tournaments every second year? Probably. But if we want a grass court Masters 1000 tournament, the ATP might just have to think outside the box.

Some may argue that pure grass court tennis is only for big servers, and we don’t need to add more of it to the calendar. But the history of tennis is entwined on the grass, with three of the four Grand Slams played on the surface at one stage in their history.

We will never go back to that, but surely there’s enough room in the calendar for one more big title to be decided on the lawn.