Who is your favourite fast-food footballer?

I spend far too much time thinking about the on-field value of footballers, ranking and re-ranking them – be it in my head, on paper or on a spreadsheet.

So when I heard ESPN and The Ringer’s Ryen Russillo last week compare an NFL quarterback to a ham sandwich, my imagination – with plenty of help from my stomach – sprung to life and I started thinking about how footy’s best players compare to fast-food burgers.

I’ve tried to keep the burger mainstream – I know there’s a fancy burger joint near you that’s better than at least most of these – and to keep the size of the list manageable, I’ve (mostly) kept it to midfielders.

Keeping with the theme, this week’s column is unnecessary, almost certainly bad for you, and you’ll probably hate yourself a little once you’re done with it.

It can still be damn tasty, but it was much better when it was fresh.

If you asked 100 people to name their five best burgers, I’d be surprised if any of them mentioned a Whopper Junior. But it’s a great burger, sometimes even better than the standard version and certainly better than the gratuitous double; it’s just not as filling. 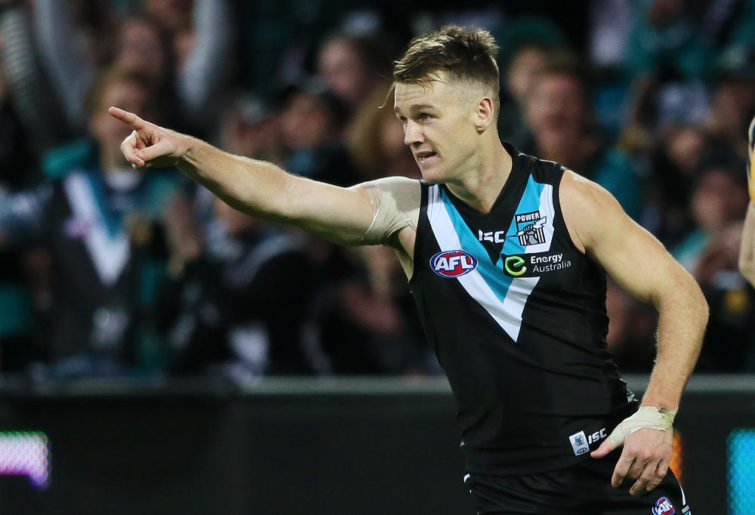 A rock-solid option – the worst McChicken is still a seven out of ten. You never regret choosing it but it will rarely knock your socks off.

Double cheeseburgers are great, but there’s that one annoying mate – usually one who eats about three different foods like a child and refuses to expand their tastes – who won’t stop banging on about how good they are and insists it belongs at the top of the list.

They tell you that the only reason you don’t rate it more highly is because you haven’t had one. Mate, I’ve had one, it’s good, there are better burgers.

It’s better than a double cheeseburger.

It’s delicious, and it’s not totally out of place among the rest of the food here, but it’s not a burger.

An underrated burger and especially good on the other side of a rough night. You’ll be so grateful to have it after the horrors of the recent past that you’ll cherish every last bite and, in the moment, believe it’s the best thing you’ve ever eaten. No one who saw how you were feeling earlier would hold this against you.

One of my favourites, but the last one I had was bad and I don’t quite know what to do with it now.

It’s a damn, damn good burger. If you haven’t had one for a while you might even forget just how good and claim it’s the best burger. You’re not crazy, and on a good day, it’s pretty much perfect, but it’s not quite the king.

The king of fast-food burgers. It’s probably cheating to consider it fast food, but it’s almost always available and rarely fails to deliver. In fact, because it’s so consistently reliable, it’s easy to take it for granted.

If all the burgers were on a platter and had your pick, you’d either choose the fish-and-chip-shop burger, or you’d be wrong and disappointed.