Southern Hemisphere rugby could face an even bigger threat to its player stocks in the near future as Japan looks at introducing a new 12-team professional league in 2021.

This will surely set the alarm bells ringing in New Zealand, Australia and South Africa, which are already locked in a struggle to keep their best players at home as lucrative contracts in Europe and elsewhere abound.

Salaries could be worth up to US$1 million in the proposed competition, which is being pushed by JRFU vice-president Katsuyuki Kiyomiya. It is intended to kick off in 2021 and run from September to February.

The Sunwolves Super Rugby franchise may also find a new home in the professional league. The 12 teams would be based in major cities around the country, making use of major stadiums involved in staging this year’s World Cup.

A preparatory tournament with six to eight teams is planned for next year. The Sunwolves will have played their final season of Super Rugby by then and may well be included. So far, eight of the Top League clubs have voted in favor of the concept, with the remainder expected to follow suit. 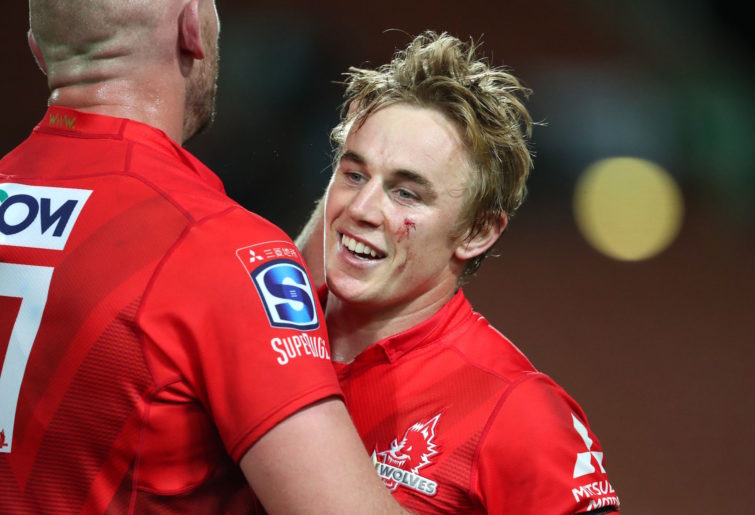 The existing Top League – a 16-team competition that began in 2003 – would become a semi-professional affair confined to Japanese players, while forging closer ties with the youth leagues. It has long been a concern for Japanese rugby that there is no straightforward pathway from the age grades to professional rugby.

The underlying objective is to make maximum use of the Top League to develop home-grown talent and provide more opportunities at professional level. Presumably the foreign players would need to be resettled at clubs in the new competition, though details remain sketchy.

Ironically, the Top League itself was created for much the same reason, absorbing the old national company competition in an attempt to improve standards. It remains an industrial league, paying high salaries, though only the foreign professionals are considered full-time rugby players.

Japanese rugby’s annual expenditure is third in the world, and there is a clear desire to create a more commercial set-up to attract the stakeholders.

Rugby’s popularity has been on the rise in Japan since the country’s stunning win over South Africa at the 2015 World Cup, where the Brave Blossoms also defeated Samoa and the US. It appears to have been no flash in the pan, as they began this year’s Pacific Nations Cup tournament with a 34-21 defeat of Fiji – a team ranked two places above them at ninth in the world.

The nation will be hosting this year’s World Cup, kicking off next month. Japan are in Pool A with Ireland, Scotland, Samoa and Russia, and on current form look to have a realistic chance of progressing to the quarter-finals.

A successful World Cup both on and off the field could only mean a further boost for rugby’s popularity in the Land of the Rising Sun. Japan is already among the leading nations in terms of player numbers, with over 100,000 registered – more than Wales and about twice as many as Scotland. 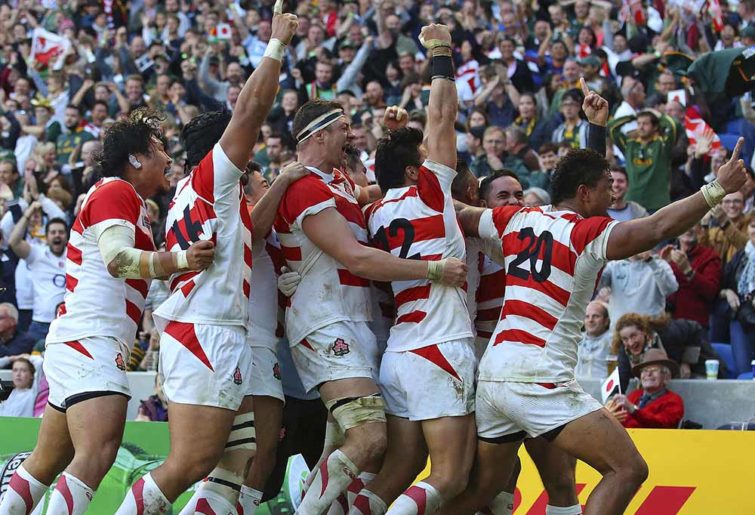 Rugby has a long history in Japan, dating back to the foundation of the Yokohama Club in 1866. Records indicate games were staged against British sailors in the mid 1870s, though few if any local players were involved.

The game was first introduced to students around the turn of the 19th Century and began to take off in the 1920s. Player numbers reached 60,000 and approximately 1500 clubs were registered. To this day, universities remain the stronghold of the game in Japan.

Japan made its first overseas tour in 1930, to British Columbia, and two years later the Canadian national team returned the favour, winning five of six games but losing 38-5 to the Japanese national team in front of 25,000 spectators.

In the post-War period, companies such as Kobe Steel began encouraging their workers to take up the sport in an effort to improve morale. Two English universities and the Junior All Blacks toured Japan during the 1950s, and in the following decade the Blossoms defeated the New Zealand Under-21s.

By the 1970s, Japan was ready to receive their first tour by a major playing nation, narrowly losing 6-3 to England, before making their own visit to the British Isles two years later. In 1989, Japan registered their first win against a top-tier nation when they prevailed 28-24 over an under-strength Scotland side.

Japan have competed at every Rugby World Cup so far, though prior to 2015 their solitary win had been a 52-8 thumping of Zimbabwe at the 1991 installment. A low point came four years later when they were defeated 145-17 by New Zealand in South Africa.

But three victories at the last World Cup have completely altered perceptions about the cherry-and-whites, and certainly none of their opponents at this year’s tournament will be taking the host nation lightly.