Time for the Wallabies abandon their generalist tendencies

American journalist David Epstein notes in his most recent book Range: Why generalists triumph in a specialised world that in life and professional circles, there are two types of individuals: generalists and specialists.

Generalists are commonly known as being jacks-of-all-trades (masters of none) who possess the tools required to succeed in a variety of fields without having a particular specialism or outstanding skill that can mark them out as leaders in their field.

Due to their variety of skills, they are capable of adapting to new situations with minimal fuss, maintaining a consistent level of performance.

That is all well and good, but generalists only get you so far when competing against a team of specialists.

Back in the 1990s and early 2000s, the Wallabies were a team of specialists. Players were world leaders in their respective positions and Australia were a consistent powerhouse.

Then something happened. New talents came along and in order to get them experience, players were shoehorned in to teams when a space became available.

Coaches, keen to show how clever and revolutionary they were, continued with this tactic with players A, B and C interchangeable as opposed to A being a fly-half, B being a winger and C being an outside centre.

Many players fell in to this way of thinking. Matt Giteau shuffled around the backline and only really found his best position after leaving Australia.

Now backs, it could be argued, are easier to move around given the fluidity of multi-phase rugby, but moving players around is not exclusive to those who could wear the 9-15 shirts.

Forwards are increasingly becoming more generalist, with almost every second row having had a stint at either 6 or 8. There are some hookers who now also operate in the backrow, and specialist opensides that have to pack down at the base of the scrum or on the other flank. 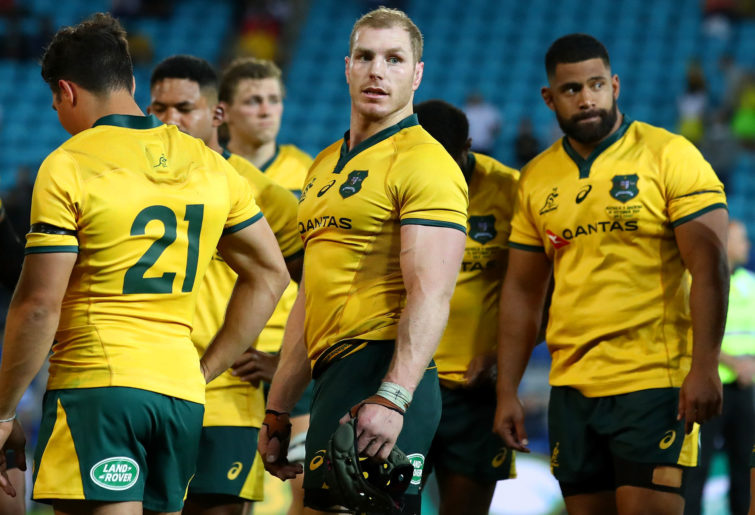 There is nothing wrong with versatility. Clearly it can help players garner gametime and increase their value within squads. But at what point did versatility become a replacement for specialty? If I go out to an Italian restaurant I don’t go to one that also does a decent or curry or Peking duck!

Rugby Australia needs to realise that at some point, most players have to specialise in a position. There will always be exceptions but these should be few and far between.

Across the Tasman, players are often earmarked for a position early on and then given time to achieve the required level. If they don’t, they are moved to a position that is more suited to their developed skillset.

Damian McKenzie is the prime example. Noted as a future 10, he has been given opportunities to prove that he can direct a team, but has come up short on too many occasions and is now content with making himself the best 15 in New Zealand.

The Wallabies have blunted many careers by shifting players around. We still don’t know Kurtley Beale’s best position, despite him being held up as one of the world’s best players. James O’Connor moved around Australia and Europe before coaches realised that he is a 12.

Reece Hodge is a recent victim of this system. Lacking the distribution game to play 10, but with a big boot, he isn’t quick enough to play in the back three internationally. I’d be tempted to start calling him ‘Poly’ as he is only ever used to fill cracks. Play him at 13, where his boot will be useful and he can crash it up as required, but this would require joined-up thinking between the Wallabies and the Rebels, so that isn’t going to happen any time soon.

Jack Maddocks is another. When he was coming through I kept hearing that he was a future 10, yet he has almost exclusively played on the wing. He could probably be a quality fullback if given a chance, as his skillset suits the role, but we will never know that until he gets a run of games.

The lad has good core skills but is not a natural finisher of a winger. He’s not a worker in the form of England’s Jack Nowell, who you will see pick and go from the base of rucks, connect the inside and outside back, and cover the backfield. He isn’t a hot-stepper, who can make space for others to utilise.

Now is the time for Michael Chieka to get his coaching team together and mark players’ cards. If someone is unavailable, then play whoever is the next best in that position. It doesn’t matter if it is a forward or a back, just pick the best players in each position.

Generalists have provided Australia with a consistent level of performance, unfortunately this has been a consistently negative trend.