England must back Jonny Bairstow at Lord's

Scores of six and eight in the drubbing by arch rivals Australia at Edgbaston, following a pair against Ireland, could see Jonny Bairstow dropped for the Lord’s Test.

Avoiding a knee-jerk reaction, England ought to show trust in Bairstow for two more Test matches at least.

The problem for Bairstow started long ago in taking over the role of opener in white-ball cricket. Since then, Bairstow has scored over 2000 ODIs runs while striking at 110, which included centuries against India and New Zealand in the World Cup when they were at risk of losing out on a semi-final spot.

It is hard to believe that in 2016, the wicketkeeper-batsman scored 1470 runs – almost double the record of 777 runs scored by an England wicketkeeper in a calendar year, set by Matt Prior in 2012.

Perhaps Bairstow’s more recent struggles in red-ball cricket could have a lot to do with England’s focus on white-ball cricket.

All that batting in white-ball cricket on flat pitches saw him hit through the line nonchalantly at any ground in England. But that mindset saw England struggle when the pitch offered more assistance to the bowlers.

In the last two years in Test matches, Bairstow has been all over the place in the batting order. He’s batted everywhere from No.3 to No.7. 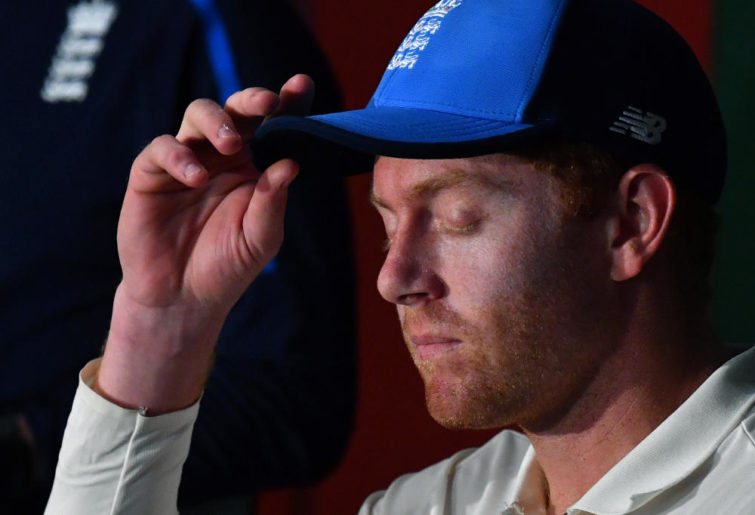 Now that the World Cup is done and dusted, England team management should focus on getting a fixed slot for Bairstow in the line-up. His numbers in 2019 have been dismal while his dismissal has been repetitive.

This has been a matter of concern. He has been bowled 14 out of 31 times, and also flashes hard outside off-stump like in the first innings at Edgbaston. This is a clear reflection of an ODI mindset.

A good two-week switch-off after the high of the World Cup final might have been beneficial, which could have included not playing against Ireland. But with a week between now and the next Test, there is a chance for Bairstow to switch on mentally and get a fixed batting spot.

At the moment, taking into account the conditions at Lord’s, the No.7 slot should be Bairstow’s best batting position.

Relieving him of the wicketkeeping duties is a call he could make to reduce the workload for this series, given the mental and physical toll of the World Cup that came before the Ashes.

The average of 22.91 since the start of last summer – which has seen his Test average drop to 35.70 – is nowhere close to a true representation of the player at his best.

Bairstow showed his appetite for the fight whenever he’s had his back to the wall, which includes his recent exploits in the World Cup, a hundred against Sri Lanka at Colombo with pressure mounting after the golden debut of Ben Foakes, and the comebacks he’s made in all three formats after being dropped in 2015.

Bairstow has the coach’s faith and hopefully the captain’s, too. Bairstow will overcome a lean patch somewhere down the line. He has been one of the pillars of English cricket and deserves the extended run.

Any change now will be detrimental for team morale and would give a mental boost to Aussies – already on a high after overcoming the curse of Edgbaston – before they step onto the ground for the next Test.

The only two changes should be Jack Leach coming in for Moeen Ali and Jofra Archer making his debut.