The news that Wayne Rooney is going to swap life at DC United to begin a player/coach role with Derby County caught a few people on the hop.

However it could be the first rung taken upon a prosperous managerial ladder for England’s all-time record goal-scorer.

Rooney has been a massive success stateside. He’s made a mockery of those who thought he’d gone for one last payday and to wind down his career.

There have been some spectacular viral moments, the latest being an audacious halfway line goal versus Orlando City, which was quickly relayed through various social channels.

In his relatively short stint in Washington DC, Wazza has certainly amassed quite a show reel.

However from January next year, Rooney will trade the MLS for the blood and thunder of the EFL Championship. 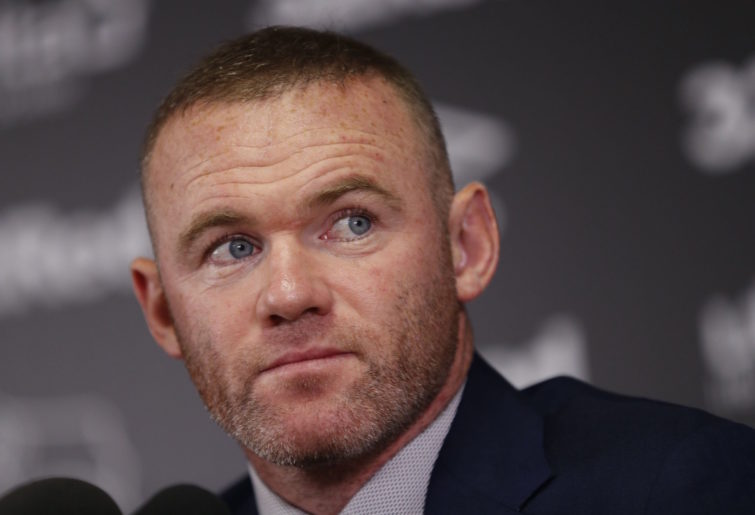 On face value, it seems a strange move. Why give up the relative anonymity in Washington DC to return once more to the glaring spotlight of the unforgiving English media?

But perhaps the move shouldn’t be viewed as being out of the ordinary. Rumours abound of Rooney’s family becoming homesick, and the man himself has spoken publicly of his desire to move into coaching and has been completing his badges.

Notably, Football Association officials have flown to America this week to help fast-track this process.

To some, Rooney may not seem the obvious choice for management, seen unfairly as only having brains in his boots.

Those who watched his appearance on Sky Sports Monday Night Football last year though saw an articulate, impressive performance. He received many plaudits for an assured display.

It would be churlish to think Rooney has nothing to offer as a coach. He’s worked with some of the best in the business. He’s already received a ringing endorsement from his former England and Manchester United colleague Rio Ferdinand.

Ferdinand told BT Sport: “He’s not afraid of sharing his opinion, which is a good thing… He’s still connected to the younger generation. He talks their language.”

Rooney will be learning on the job from Phillip Cocu, the former Barcelona midfielder who has been forging a successful management career, winning three Eredivisie titles with PSV Eindhoven.

A blip last year at Turkish side Fenerbahçe is a blemish on his CV, but his announcement at Pride Park was still rightly seen as quite a coup.

I am sceptical of how much input Cocu had with this latest addition, but publicly he has lauded Rooney’s arrival.

When Rooney does finally call time on his glittering career, he shouldn’t be short on potential suitors to land a management position.

Maybe the ultimate goal is the top job at Old Trafford? It is certainly within the realms of possibility.

He can ill afford anymore unsavoury headlines that has dogged him in the past couple of years, though.

Should he manage to behave, perhaps United may come calling.

If Rooney can replicate the same steely drive and determination synonymous with his playing days into management, then he may continue to prove the doubters wrong.