Wallabies and All Blacks gamble at Perth, are they defying the odds? Good for them

Here is the problem the selectors faced with deciding on their Wallabies squad for the Test against the All Blacks at Perth.

The Wallabies need to defeat the All Blacks to have a chance of winning back the Bledisloe Cup. The series has been reduced to two Tests to allow for the teams to prepare for the Rugby World Cup tournament in Japan.

The Wallabies have to either win both Tests or win and draw a Test, to win back the Bledisloe Cup.

The best chance for a win is at Perth, in theory and probably in actuality, for it is home game for the Wallabies.

This imperative for a win means that again, in theory, the selectors should have picked their strongest team.

The problem with this suggestion is that they don’t really know, especially in the backs, what their best line-up is.

So there is merit in taking a gamble, as they have, with starting Nic White and Christian Lealiifano as the halves and Samu Kerevi and James O’Connor as the centres.

The selection of O’Connor is especially brave.

The announced line-up has him wearing the outside centre number. This is a position he has never been selected for as a Wallaby. It is a key defensive position, as well.

They may play a left and right centre system.

But whatever they do with the alignment, there is no evidence yet that O’Connor can be effective as an outside centre. And here is a massive gamble.

O’Connor is certain, therefore, to be tested on defence by the All Blacks.

They will try to exploit his lack of experience in the position and by selecting Tom Banks and Matt To’omua, two players with no experience either with the outside centre position, the selectors are taking additional risk.

Of course, they could replace O’Connor during the Test with Samu Kerevi and bring Matt To’omua or Kurtley Beale in at inside centre.

But whatever they do, even with Kerevi at outside centre, the Wallabies will not have a defensive specialist in the position as they did with Tevita Kuridrani.

I have one other problem with using O’Connor as a starter.

We do not really know whether he is up to Test pace and standard, after his long stint overseas.

This was my complaint in 2015 about Matt Giteau.

Despite all the media hype about massive ‘improvements’ when players come back from overseas, the fact is they generally do not come back as better Test players.

For one thing, the pace of the game in Britain, Ireland and Europe is far slower than it is in the southern hemisphere. The players may become sounder players but they are invariably slower players, in action and thought. 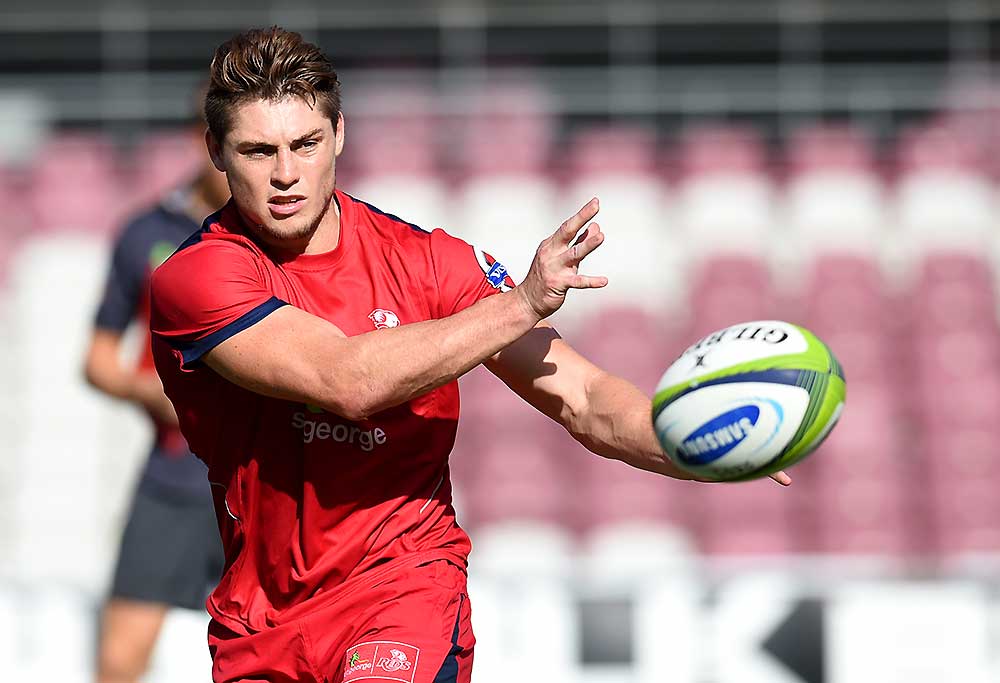 Will James O’Connor make a difference for the Wallabies? (AAP Image/Dan Peled)

We will find out about James O’Connor, I guess, one way or the other on Saturday.

We already know about Nic White, whose selection ahead of Will Genia is the other real gamble in this squad.

White showed against the Springboks that he is a solid, defensive halfback, with a strong kicking game.

I thought that his passing was too deliberate, as if by numbers. Perhaps this was due to him learning new systems and running lines from the forwards charging on to the ball.

There is, admittedly, a niggly, abrasive tone to his game that could suit the abrasive, forward-charging game that the Wallabies have developed this year.

I like the way, too, the selectors have essentially kept their basic starting pack, with the exception of replacing Folau Fainga’a (who had throwing problems in the last Test) with Tolu Latu, the turnover expert.

Taniela Tupou, too, has been kept on the reserve bench to be a scrumming and running ‘finisher’ which seems to be his best role at this stage in his career.

Essentially, then, the selectors have gone for a Wallabies starting side that has the possibility of some attacking growth in the backline and a pack with five forwards who, individually, have played fewer than 22 Tests each as individuals. So growth in the forwards, too.

The All Blacks have gambled, also, with their selection by playing their best seven backs and their best three loose forwards and playing two backs, Beauden Barrett and Ben Smith, and one loose forward, Ardie Savea, out of their best or favoured position.

This sort of policy has generally failed in the past and the All Blacks have struggled with it this season, so far.

With the loose forwards, for instance, the experiment years ago of playing Marty Holah and Richie McCaw together and more recently McCaw and Matt Todd, did not work.

Savea, though, has been the outstanding All Black forward this year. He is more favoured for the blindside or No.8 position, though, because he is not by inclination a ‘poacher’ over the ball.

He does get turnovers, often valuable ones, but his strength, literally, is with his running and his smashing tackling.

Sam Cane, on the other hand, is essentially a defensive No.7, rather like David Pocock.

The All Black hope, I guess, is that the Cane-Savea flankers selection provides a complementary set of skills for the All Blacks, rather like the Michael Hooper-David Pocock combination.

With New Zealand’s two-playmakers system, the tendency has been, so far at least, that the two players have tended to clutter up the attack.

Ben Smith, too, is moved from fullback, where he is an all-time great player, to wing, where he is good but does not get the opportunities to reveal all his attacking and defensive skills.

And the All Blacks, too, with Barrett and Richie Mo’ungua, tended to be cluttered up with playmakers against the Springboks. It will be interesting to see how the coaching staff solve this problem.

With Smith and Rieko Ioane on the wings, the All Blacks lack an out-an-out flier. Ioane, particularly, has been low on pace and energy this season.

When I am asked ‘Who will win on Saturday?,’ my invariable answer is this: ‘We are having the Test to find out.’

But I will say this, the selectors for the Wallabies and the All Blacks have taken a gamble on their selections. There is a method, or seems to be, in this.

Selectors can’t hope to find their best starting team if they do not experiment a bit, but not too much, in trying to find the right combination.

I would say, too, that the gambles of both selection panels are not over-the-odds

The match on Saturday will be the ultimate test of their wisdom, a reason perhaps why we designate it as the first Test of the 2019 Bledisloe Cup series.