Anyone but the All Blacks

May the best team win at the Rugby World Cup in Japan this year, but preferably that won’t be the All Blacks.

Now, firstly, let me point out that I am a New Zealander and wish the team itself no ill fortune. If the All Blacks are the best in Japan, as all indications suggest they are likely to be, then so be it. They will deserve their glory.

But what will a fourth title for the Kiwis – and a third in succession – say about the state of the international game more than three decades after the inaugural World Cup in 1987?

Those of sufficient vintage to recall that event will probably remember imagining at the time a future for rugby as competitive as football’s, with dozens of new teams emerging to challenge for the title.

But this has not occurred, and the reason is plain to see: elite competition in between World Cups remains a closed-shop affair confined to just ten nations.

Indeed, there is relatively little interaction between the top tier and the rest. Over the next few weeks, while the SANZAAR nations play out their Rugby Championship, we are going to see the Six Nations engaging in World Cup warm-ups mostly against each other.

The notable exception will be Scotland’s fixture with Georgia at the end of the month – the first time any tier-one nation has visited the perennial European Nations champions and World Cup regulars!

Meanwhile, the rest of the so-called second tier are battling it out in the Pacific Nations Cup. Fine, it produces some great rugby and will provide the teams with a thorough work-out ahead of the World Cup.

But it’s another closed-shop affair. No first-tier nation is involved, and basically it just looks like another means by which to keep the ‘poor relations’ occupied while the privileged few are indulging one another as usual.

New Zealand has a great rugby team and a veritable production line of sublimely talented players. An awful lot of hard work goes into that, and the All Blacks deserve all the praise and admiration they receive. 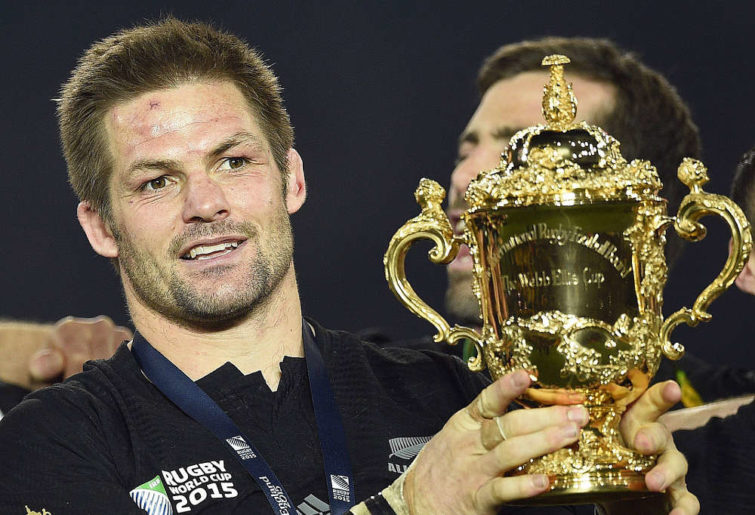 If they win another trophy in Japan this year, however, it is not going to compare remotely with Brazil or Germany’s exploits at the FIFA World Cup, which is a truly global event.

Rather, it will resemble Australia’s success in winning multiple titles at the cricket, netball and rugby league World Cups. Again, no disrespect intended, but these sports remain largely confined to Britain and its former colonies.

World Rugby has over 100 affiliated member nations and the seven-a-side version is now included at the Olympic Games. There are relatively few parts of the globe remaining without organised competition.

The opportunity is there to follow in football’s footsteps and embrace the wider international community. It is going to take a lot of hard work, of course. But, more than this, it will require a certain amount of sacrifice. The entire nature of administration needs to change, and sooner rather than later.

The main talk in the press seems to be about whether the Home Unions are closing the gap on New Zealand, South Africa and Australia. This is particularly depressing. We’ve been hearing the same old thing since long before the World Cup came along and it is probably no truer now that it was half a century ago.

Nobody is talking about Georgia’s prospects of gatecrashing the quarter-finals, for example, because the Lelos’ progress has effectively been stalled by a lack of exposure to regular top-flight rugby. So long as they are confined to a lower-tier competition, that will continue to determine their standards.

The same can be said of the Pacific Islands et al, but of course these points have been raised countless times before – with good reason – and there is no need to reiterate them here. A more useful exercise might be to look back at the evolution of football as a global sport and examine the steps taken to enable this.

A major turning point came when the Brazilian Joao Havelange took over the FIFA presidency in 1974, replacing the conservative Englishman Stanley Rous. It was Havelange who introduced a democratic voting system, with every member nation receiving an equal vote.

By the time he retired in 1998, the World Cup had doubled in size to 32 teams, African nations had come to the fore, the USA had already staged the event, and Japan and South Korea had been confirmed as co-hosts of the 2002 edition.

Practically any of the teams at the FIFA World Cup were capable of beating any of the others, which is why winning the tournament is considered one of the greatest achievements in all of international sports.