The girls of grassroots footy part two: The newbies

Since my last instalment, Suncorp released their 2019 Australian Youth Confidence Report, which revealed that nearly 50 per cent of girls are moving away from sport around the ages of 15 to 17.

With AFLW numbers continuing to increase each year – in 2018 by 14.2 per cent alone – it appears that women’s footy is bucking the trend. Kind of like Ross Lyon and his coaching position.

Cheap shots aside, this instalment shares the stories of female players who came into our beloved sport as adults. Bored with watching the action from afar, they decided to slap on the Tiger Balm, slip on the long socks and slide in the mouthguards.

Shorty
The West Perth Women’s Reserves team has a penchant for nicknames and none of them are ironic. Shorty, real name Shannia Wai, is only just taller than a Bratz doll.

Of course, this stature makes her the perfect fit for a small forward role where I’ve seen her create space and lead hard but equally pressure and tackle to lock the ball in. Come to think of it, Shorty is quite the avid tackler. Steve Hocking would be well served to embrace a similar level of enthusiasm.

Before Shannia played footy, she followed a few different AFL teams. Initially she supported the Eagles and Dockers, as any good West Australian does, but she was pretty keen on St Kilda’s colours and Nick Riewoldt, so she was a Saints fan for a few years too.

Eventually she settled on Richmond when she was 12 because she watched them win against Carlton at the MCG. Hearing the crowd sing “Oh we’re from Tigerland” sparked a new obsession.

Shorty is in her second year of footy. Her social media-savvy dad came across a post requesting female players for a new team. He gave her a little push to attend pre-season training and quicker than a Barry Hall punch she was hooked. She’s since had close to 100 per cent attendance at training and games.

Shorty began her footy at Kingsley Amateur Football Club playing on the wing and occasionally at half back. Even though her team finished second last, she wasn’t deterred and had another crack with Kingsley in the Perth Spring Competition, this time being more successful with a premiership win.

With the encouragement of Trish ‘Mumma Bear’ Medwin, who features in this instalment too, Shannia earned a spot with the Falcons Reserves for the 2019 season, and she hasn’t looked back.

The camaraderie that women’s footy encourages drives her love of the game. “The biggest thing I’ve enjoyed about amateur and WAFLW is club culture and making so many friends. The team bond is what makes footy fun and unlike any other sport I’ve played.”

“Being able to train and hone your skills together and then showcase what you’ve learned alongside your teammates on the field is incredibly enjoyable.”

The sisterhood is strong in this one.

Courtney Collard
When I first met Courtney I felt an immediate kinship. It all made sense when I discovered that she was also one of the few Dockers supporters in our team. It seems she’s a glutton for Freo punishment too.

As a child Courtney found it very hard to get her hands on the footy with eight brothers. She decided that the best way to join in the fun would be to take on the responsibility of applying tackling pressure. She remembers with amusement how wicked she thought she was trying to bring her older brothers to ground.

With a couple of those brothers going onto WAFL level it was only a matter of time before Courtney tried the sport out for herself. She did admit to me, over a ‘team bonding’ session at the pub, that she wasn’t so sure about women’s footy initially, but when she started to play she was surprised at how massive it was.

Having decided to give it a go, Courtney outsourced her team selection to Google, which directed her to the Falcons. She was completely unaware that she’d signed herself up for WALFW level rather than amateurs. Not that it mattered. She’s a gun. 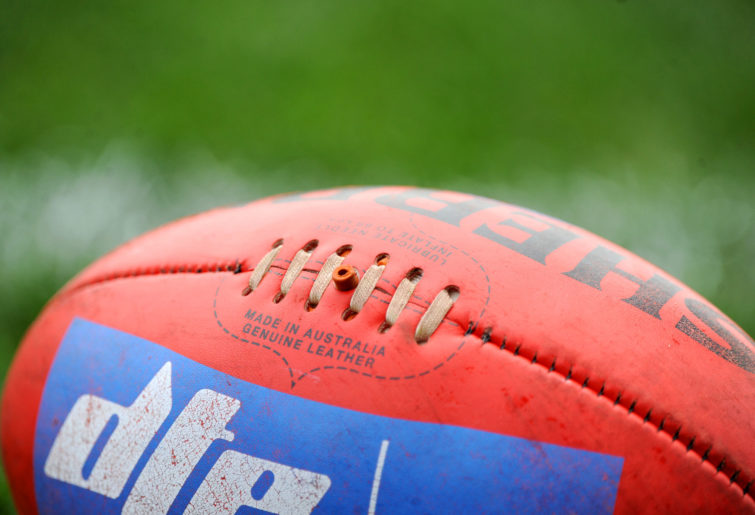 Courtney’s determination to improve her skills has been second to none. Between the Falcons’ coaches, her partner and her brothers, she’s not short on advice. Her brothers taught her how to hold the ball correctly, but she has to be careful about taking advice from them because they’re just as likely to prank her.

Whoever is most responsible for her skills growth should hit up the Dockers because Courtney is all over it. She recently moved from the ruck into the forward line and managed three goals in last week’s game. It’s nice to follow a team whose forwards are accurate on goals. I’m looking at you, Brandon Matera.

Despite a baptism by fire at WAFLW level, Courtney is even more committed to the game. “I love playing footy. I look forward to every game. I have such a passion for it and I’m sure I’ll be playing every season.”

I’m sure she will be too. The girls are here to stay.

Trish Medwin
Trish’s teammates call her by a few different names. ‘Mum’ and ‘Mumma Bear’ are the most oft heard, but there’s also the lesser known ‘Trev’. Unfortunately, the story behind Trev isn’t quite suitable for publication.

The Medwins have a rich footy history. Their connection goes so far back that you could almost say that their fanaticism is woven into their genes. Displayed proudly in the family ‘poolroom’ is a newspaper clipping of a 1933 photograph of Trish’s great uncles playing for the Rocky Cape football side in Tasmania.

As for Trish, after years of watching her five brothers play football and then her children, she finally had enough of being on the sidelines and took to the field four years ago. With near to 100 years of footy ancestry propelling her towards the Sherrin, Trish was quick to achieve success.

She was named captain of the first ever West Perth Women’s Reserves team in 2017, won her state the premiership in the 2018 over 30s national competition, and finally took out another premiership with Kingsley Amateur Football Club in the Perth Spring Competition. Amongst all of that was a devastating ACL injury, but these days, recovering from footy-related injuries is as day-to-day for female players as enduring mansplaining (shout out to the girls from work for that gag).

The honour closest to Trish’s heart though, is being the first mother and son combo at the Falcons (along with pioneer Tracy Gallagher who’ll be mentioned next time).

Trish and her son both play in the backline so there’s a fair bit of familial rivalry between them. Trish insists she’s the better defender because she’s more disciplined. She can be trusted to stick to her player while he’s more likely to run loose and dish out a few “don’t argues”.

According to her son, Trish is simply “good at talking”. Nothing like putting your whole footy boot – studs and all – in your mouth…

I do actually have video footage of him admitting that his mum is a great player and has excellent leadership skills, but it bears a disturbing resemblance to a hostage situation.

Being a mum is far from Trish’s mind when she’s on the field though. “Football is my escape. I may be a mum, but on that field I’m a footballer and I’m there to win.”

She also enthuses about the spirit of the footy sisterhood. “I love women’s football because no matter what I’m going through in my life the girls are there for me. We are sisters and support each other on and off the field. We are family at the end of the day and we’re here to protect each other.” Spoken like a true defender.

Trish is passionate about the future too. “I’m so happy to be a part of youth mentoring. Coaching the first girls’ team at Ocean Ridge Junior Football Club was a huge privilege.”

“Having a clear pathway for our girls, and my own daughter, to follow and exceed my footsteps is crucial. To be able to have what I have now at my daughter’s age is incredible and such a credit to all the hard working clubs getting behind women’s footy.”

Like the Medwins that came before her, the game is in safe hands.

And I couldn’t be happier.

Unless, of course, Ross Lyon finally gets his marching orders.