Perth’s media has an unrelenting obsession with the turmoil and tribulation of one of the state’s finest footballing products.

It seems each week there’s a new story about Ben Cousins doing the rounds. We’ve had actual journalists write articles entirely about a father kicking the football with his son in a local park. That was followed a short time later by a story about him going out to dinner.

I fail to see how this is newsworthy. Even when it’s a positive story being spun, there’s almost always a reference to his issues with substance abuse or his relationship with the mother of his children.

Then something goes wrong, Cousins finds himself in trouble and a feeding frenzy picks up again. Every single story I read last week about Cousins’s appearance at the Armadale Magistrates Court referenced the fact he was being whisked in without shoes on, and often in the headline to draw maximum attention to it. It’s an added detail sprinkled in to draw negative connotations for the reader.

There is no sympathy or compassion for a man who has been retired for a decade and has a known substance abuse problem. They are attacks on a man who I can personally attest to as having a great heart.

It was January 2018 and a friend of mine and I had gone to kick around the Sherrin at a local primary school. We’d been there maybe five minutes when a heavily bearded man – think Ned Kelly with lighter coloured hair – gestured to my mate to kick the ball to him. This went on for maybe five minutes until he waved us goodbye and went on about his day.

That man was Ben Cousins. Keep in mind, we didn’t ask him over or anything – he was just an ordinary guy who wanted to have a kick and play the sport he loves. We knew exactly who he was and he knew that we knew, but there was mutual respect, a sense of understanding that he was happy being a passing stranger and that we were happy to afford him anonymity. 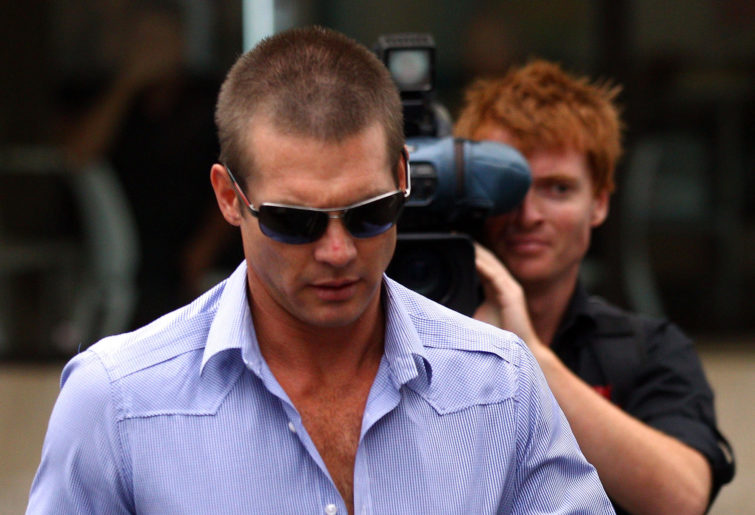 Fast forward to last month, when I’m walking into the Subway where my aforementioned friend works. To my absolute surprise, there sat Cousins, casually as you like, eating his lunch at one of the tables. As I’m being served, my mate whispers to me that he was the one to serve him, and when he asked if he remembered that kick of the footy some 18 months ago, he’d said that he did.

More importantly, when he’d finished and was getting up to leave, he turned around and said, “Thanks, mate, that was really good”. I’ve been in there more times than I’d care to admit, but not once have I heard a customer show their appreciation for their food after they’ve finished.

This man isn’t a raving lunatic like most of the Perth media portray him as. He’s genuinely one of the nicest and humblest footballers, past or present, I’ve ever had the pleasure of interacting with.

All of this highlights why the entire media industry out west needs to seriously hang its head in shame. This is a man who is being punished for being good at his sport. Had he never risen to stardom, there would probably be fewer than 50 people who’d know about his issues. He’d be an ordinary bloke you probably wouldn’t look twice at walking down the street.

Instead we have a constant circus of speculation, invasive stories and nonsense ‘journalism’ about where he ate his dinner. Imagine if we hounded everyone who’s had an addiction, whether it be substance, gambling or a cavalcade of other issues. It’s shameful, tactless reporting that taints the public discourse and devalues the profession as a whole.

I don’t care what park Ben Cousins chooses to see his children in. I care that he’s able to beat his demons, but that’s never going to happen while we have a swarm of media locusts buzzing around him 24/7.