Rugby league's culture needs a total overhaul – from the grassroots up

Season after season, month after month, rugby league finds itself in the headlines for all of the wrong reasons.

Last weekend, there was a shocking brawl at a match on Sydney’s Northern Beaches, which resulted in a ground official bleeding from the head and needing medical treatment.

The home team was locked in the dressing rooms until the other team and their supporters left the ground.

The NSWRL talked about an investigation into the incident and ten-year bans. Sorry, but that is simply not good enough. Nothing short of life bans will suffice for the instigators.

Anyone who engages in criminal assault, invades a field or walks off the field in a game to threaten spectators needs to be rubbed out of the game for good.

The same goes for any spectators who behave in an antisocial manner to provoke players or the opposition spectators.

The last time I volunteered at junior league level, I found myself breaking up a wild brawl. One player was walked 100 metres away from the fight and ran back to attack the opposition players. Spectators ran on and threw punches. When the officials called the match off I asked myself, “what am I doing here?”

The player who instigated this shocking scene only got two years. A slap on the wrist for exposing children at the ground to criminal violence and modeling an appalling standard of conduct.

If we look at what is happening in the NRL, we see players resort to grubby tactics like eye-gouging and their club bosses outrageously defending their ‘good bloke’ character.

Never mind the fact that someone could have lost their eyesight for a game of football, a few weeks’ suspension is all that’s received for an act that would get jail time.

Rugby league cannot be responsible for the behaviour of every individual in the sport. People are a product of their upbringing, education and culture.

However, in the case of culture, the game can do much, much better.

Culture starts at the grassroots, at the junior grounds in suburbia. The impressionable ten-year-old who witnesses wild brawls and thuggish behaviour thinks this is okay if a zero-tolerance approach is not applied.

For rugby league, the battle against bad behaviour will always be an uphill battle. The game has done some good things around this and there is not much the game can do about people’s upbringing and the choices they make.

Nevertheless, there is plenty the game can do to show that it will never condone these poor choices if it wants a complete change.

A starting point is changing the culture at the grassroots. 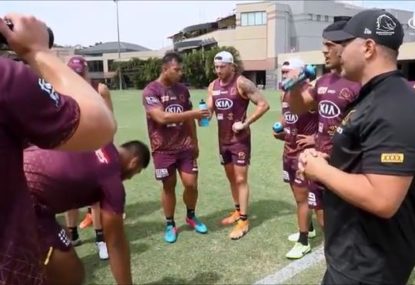 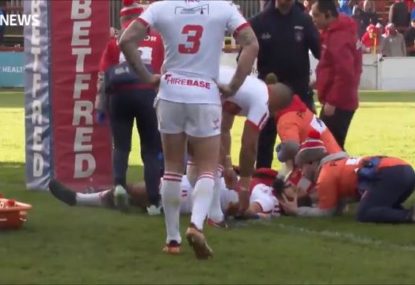