He had a fierce cut shot like Clive Rice, a timing superior to Graeme Pollock, and the ability to launch an onslaught similar to Barry Richards.

Luckily, cricket had the opportunity to witness Hashim Amla more than those esteemed South African batsmen.

The Proteas never ceased to produce magical cricketers. From combating the turbulence of the anti-apartheid movement to recovering from the match-fixing saga, they found candidates who could make South Africa great again.

Be it the hard-headedness of Graeme Smith, the unprecedented presence of Jacques Kallis, the spectacular AB de Villiers, the unrelenting combination of Makhaya Ntini and Shaun Pollock, and finally the reincarnation of both – Dale Steyn.

And then there was Hashim Amla. The wristy, appealing, ruthless batsman who would put away any delivery wide of off stump. 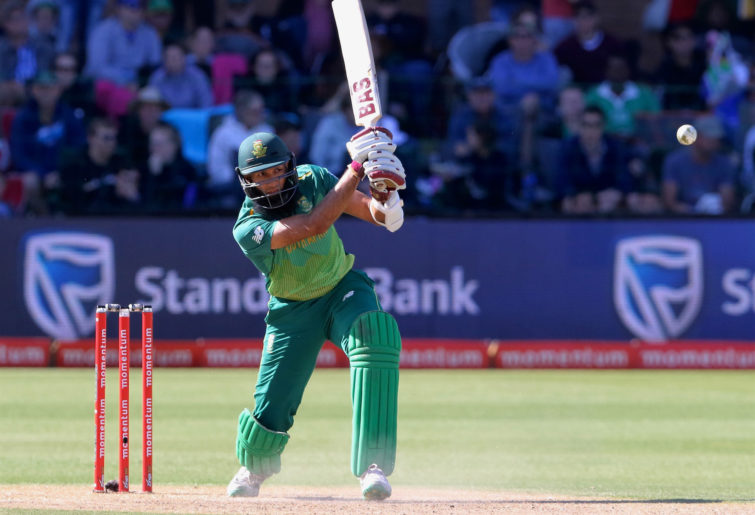 Success wasn’t immediate, for his technique came under scrutiny, especially his back lift. The run-making had deserted him for a while. It ebbed to the lowest when he could manage just 36 runs in four innings and had to make way for his successors early on.

It wasn’t until Cape Town in 2006 that Amla cemented his spot in the side. Gradually, he worked his way up by playing many innings of substance, if not prolonged ones.

But Amla’s value got realised beyond the confines of the home grounds. The South African side were excellent competitors in away series. They conquered the Asian territories more convincingly than teams like Australia and England. Against India in 2008, the right-hander stood at the epicentre and brought South Africa mighty close to another epic series win.

Post that, Amla enjoyed a dream run in 50-over cricket, translating his rich vein of form in whites to coloured clothing. He decoded the recipe to succeed in ODIs with incredible consistency, climbing to the top of the rankings in the space of 15 innings.

Amla’s crowning moment in the most extended format came at London’s iconic Oval in South Africa’s quest to acquire the Test mace for going to the top of the Test rankings at the end of the series. At the peak of his powers, Amla was installed as the Test captain. Although he had a fruitful start, Amla’s and South Africa’s fortunes dipped.

Amla remained nonchalant despite several setbacks. And while a handful of the future stars of South Africa surrendered to the Kolpak ruling, the veteran kept the Proteas afloat in the face of a potential decline. He will be remembered as the calmest of modern-day South Africa, yet the most intimidating to the best of the bowlers. His place in this year’s World Cup had rightfully come into question, but his experience outweighed all other factors.

If the present South African team needed anything, it was for Amla and Steyn to stick together for the rebuild process. But South Africa have been dealt with the body blow of retirements of two of their greatest assets in the current crop of players.

Amla carried South Africa through one of their best eras without a twitch and soared beyond expectations. Like all past South Africans, he has etched his name in history, having distinct and memorable virtues of his own.