How to fix the AFL's unfair fixture

The upcoming ‘blockbuster’ Friday night AFL match between Melbourne (17th) and Sydney (15th) is easy to mock, but is the AFL really to blame?

Forecasting Friday night blockbusters must be impossible. Take Carlton last year, for instance. They were a rabble we watched on Friday nights far too often, rolling into the weekend like a bucks show sans beer.

The problem is entrenched in inequality. What is the answer? Almost equality, undertaken by a brave, bullish and stubborn AFL House, historically known to toe the line for the outspoken minority (we’re looking at you, Collingwood).

So the answer lies in simplicity.

So lets say there are 27 Thursday and Friday night fixtures. Each club appears twice at a minimum. The remaining 18 spots go to – where possible – top six sides of previous year. This isn’t groundbreaking, but is much improved on the current fixture.

If the AFL embraced a fair draw, that would also mean having every side play 17-18 of their 22 games in their home state, which is possible given that ten of the 18 clubs come from one state.

The draw would also have one conference, not two – although that would make for fascinating final eight computations. Teams play their conference rivals twice and the other conference’s teams once for a 25-game season. The two-conference system isn’t required, but it would be if the AFL expanded to 19-plus teams, but let’s cross that wobbly bridge when we come to it. 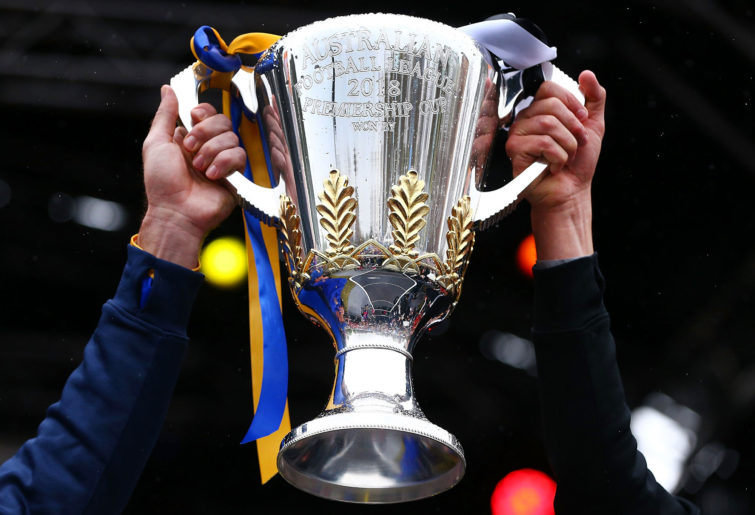 But sticking to my proposal for a fair fixture, at the end of 17 rounds (once everyone has played each other once), the final six is locked in – no side from outside the six can make the six. Those six then play each other, the results of which are added to their win-loss record.

The same process goes for seventh to 12th, with no club able to finish higher than seventh or lower than 12th – effectively a play-off for positions seven and eight.

The same process for 13th through to 18th, with clubs competing for draft lottery positions. Thirteenth gets 18 tickets, 17th gets 17 tickets and so on until even the premier gets one ticket. These tickets go into a draw for the 171 draft positions.

Why should the bottom six have a new bottom six draw and then others just build on their win-loss record? Imagine this as it stands: North Melbourne had eight wins (13th) and Gold Coast only three wins (18th), so the latter would still have nothing to play for unless the ladder was reset.

Now, let’s look at the big fixtures. Each club finishing first to 12th the previous year plays in one of the first game of the year, one of the two Anzac Day fixtures, the Anzac Day eve game, one of two Queen’s Birthday clashes or Easter Thursday. Essendon and Richmond retain the Dreamtime game until 2025.

And perhaps there could be an additional fixture rule where each club must play one game in a promotional location such as China, the Northern Territory, Hobart, Bendigo, Cairns and so on. Additional choices to play beyond this count as home games for the club behind it.

The grand final at some point needs to be looked at. Fifty-five per cent of clubs have the opportunity to play for the big prize in their home state, and while the MCG is the biggest venue, on that day in September, does it really hold the most football fanatics? Surely it simply holds the most corporates and a splattering of die-hards?

The problem isn’t just where it is, but how the tickets are allocated. When the deal with the MCC ends – and bless the MCC for locking that away recently on the sly – wholesale changes are required.

Who would envy the AFL?