How did the Wallabies pull off the Bledisloe Game 1 win?

The Roar
12th August, 2019
4
Join the conversation
1432 Reads
Advertisement
Write for The Roar

Nobody expected the Wallabies to really challenge the All Blacks in Perth. Let alone win.

Let alone put the biggest score ever conceded by New Zealand in a Test match on the board!

Last weekend’s emphatic 47-26 victory in Perth will go down fondly in the memory of Australian rugby fans forever but, after seemingly being nowhere near it for the last few years, how exactly did they pull it off?

Can they turn that upset victory into a rare win on Kiwi soil and the first Bledisloe Cup victory since 2002?

We were joined on the Game of Codes podcast by Roar rugby expert Brett McKay to analyse how Australia pulled off the Game 1 win and work out whether they’ve got what it takes to do the same in Auckland.

The result on Saturday has big implications for the upcoming World Cup too. New Zealand’s close-fought win over Argentina and draw with South Africa were both brushed off as Steve Hansen experimenting, but with a nearly full-strength side at Optus Stadium his charges were battered.

Are the All Blacks no longer the World Cup favourites?

We can all breathe a sigh of relief: the ‘Pooper’ is no more. 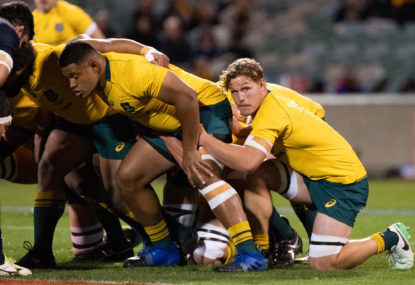 The Australian view from across the water: Scott Fardy

When I catch up with Scott Fardy, he is in a sober, reflective mood. He is worried about the welfare of friends and relatives, should the bushfires currently raging along Australia’s eastern seaboard spread to Canberra.

The Australian view from across the water: Scott Fardy

A member of the Wallabies’ “Magnificent Seven”, Barry McDonald, has died, aged 79. 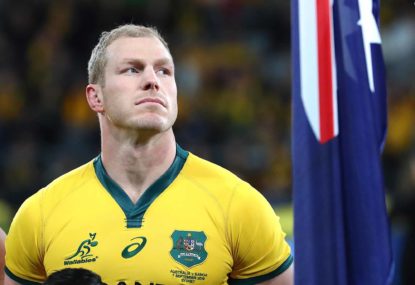