Lord's set to be a happy hunting ground again for Australia

Australia returns to one of its Elysian Fields when it takes to the hallowed turf of Lord’s for the second Test.

Since the turn of the last century Australia has lost just three times at the Home of Cricket.

A win this time around would secure a two-nil lead in the series and a virtual mortgage on retention of the Ashes.

Both sides have their concerns heading to Lord’s but clearly the majority of them lay with England, which despite leading by 90 runs on the first innings at Edgbaston recorded a humiliating 251-run loss.

At this stage, the hosts have confirmed two changes – one forced, the other by choice.

His spot will be filled by Joffra Archer.

The Barbadian-born quick brings with him hype and expectation.

He is coming off an explosive World Cup where he claimed 20 wickets at 23.0.

They have one in Archer, albeit in this series by dint of a change of policy from the ECB.

Initially, Archer was not to be eligible to wear the three lions of England until 2022 but in November last year the ECB trimmed its residency eligibility criteria from seven years to three in line with the ICC regulations. 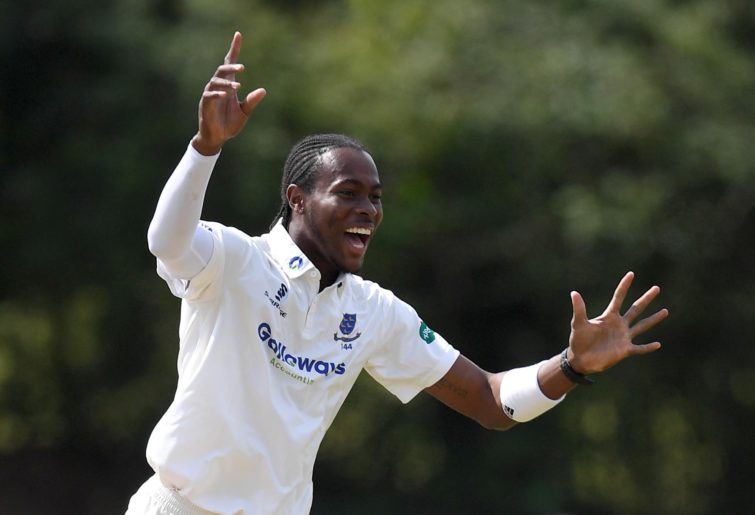 It saw Archer don England colours for the first time in May this year.

He has a fine first-class record, primarily with second division county Sussex – 131 wickets at 23.4.

He has not played a first-class match in the past 11 months.

He had to have pain-killing injections for a side injury to get through the World Cup.

Australian coach Justin Langer has made it clear how best to lessen Archer’s impact – keep in the field for long periods and play on the fact that his body of work in long-form cricket ahead of his Test debut has been non-existent.

Archer will bring pace to the table but whether he can sustain it if Australia can wear him down remains questionable.

Pace is just one part of the equation.

Out and out speed does not trouble many top-flight batsmen if it is not allied to movement.

It is something that Archer will need at Test level.

England’s change of choice was an easy one.

In recent times, Moeen Ali has been somewhat of a dead man walking.

With the bat he has been hapless since the start of the last Ashes series in 2017-18.

Leading into Edgbaston he had averaged 16.5 in his previous six series.

An aggregate of four runs at Birmingham took that number further south.

The spinning role at Lord’s will be filled by Jack Leach.

Through five Tests he has proven to be effective with 20 wickets at 26.2, including a maiden five-wicket haul against Sri Lanka at Pallekele late last year.

He also showed he can handle the willow in the one-off Test versus Ireland at Lord’s last month when he made 92 as night-watchman.

Much has been made of the fact that he is a left-arm finger spinner and that style of bowling could be an Achilles heel for Steve Smith.

He has fallen victim to slow left-arm bowlers 21 times – 19 per cent of his total dismissals.

England will no doubt be praying that the trend continues although many of those dismissals have been garnered by Ravi Jadeja and Rangana Herath, two bowlers with vastly superior credentials to Leach.

England’s potential trump card with the ball at Lord’s may well be Chris Woakes who was oddly under-utilised by Root in the first Test.

In his four Tests at the ground he has captured 24 wickets at a phenomenal 9.8.

England have to hope that his arrival at the batting crease in the second Test comes after those above him have built a solid platform.

In the batting department, Rory Burns was a shining light at Edgbaston with an innings of 133.

He rode his luck but nonetheless displayed powers of concentration and persistence.

Root scored a half-century in the first innings after bringing in modest form.

He needs to build on that start throughout the remainder of the series.

Ben Stokes made 50 in the first innings and his technique showed he may be better utilised further up the order.

Three batsmen coming off heroics at the World Cup all faltered.

He played a horrid shot against Lyon in the second innings after he was tied down and consistently beaten by Peter Siddle at the other end.

Jonny Bairstow’s poor form extended into another series with an aggregate of 14 runs in the first Test.

He came into the series on the back of averaging 27 in his previous 38 Test innings.

Like Ali, he is on thin ice with many calling for Ben Foakes, who made a century on his Test debut, to be given the gloves.

Jos Buttler is another who has kept wickets – strangely he does so in limited overs cricket while playing alongside Bairstow but the rules are reversed at Test level – and like the man currently entrusted with the job he also had a shocker at Birmingham.

Scores of five and one pulled his 32-Test career average down to 34.6.

Throw in Joe Denly, whose first eight Test innings have produced an average of 21.8, and you get the feeling for many in England’s bating line-up it is more a matter of hope than expectation when it comes to scoring runs. 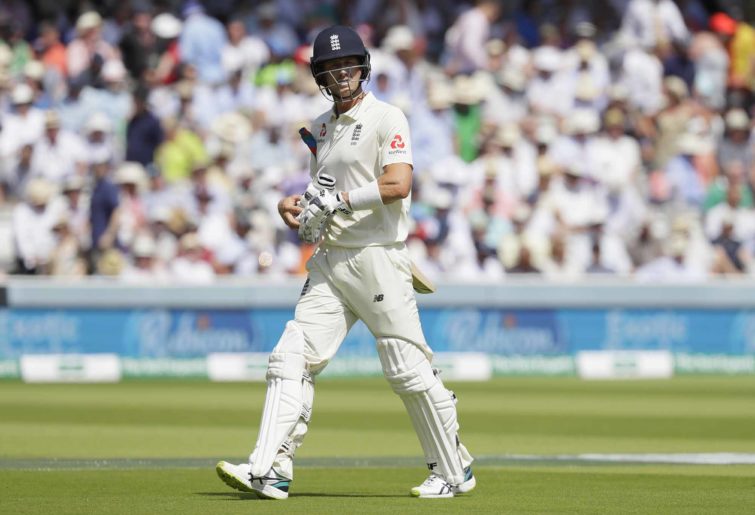 Australia is not without its own concerns on the batting front.

Had it not been for some heroics from Smith, with the support of Siddle and Lyon, Australia could have conceded a game-defining 200-run first innings deficit in the opening Test.

Again, Australia’s batting was plagued by a substantial collapse.

At 8-122 on the opening day, after electing to bat, it appeared the horrors of Edgbaston were back.

Australia cannot simply fall back on the brilliance of Smith to dig them out of the abyss.

He was well supported by both Matthew Wade (110) and Travis Head (51) in the second innings but in both innings the side was opened up early with dual failures at the top of the order.

He has scored six-half centuries on English soil but none of his 21 centuries.

At the other end, Cameron Bancroft (8 and 7) failed to grasp the opportunity accorded him by his recall.

He played at one he need not have in the first innings and fell meekly to Ali at short leg in the second.

If he does not recapture the form from his 93 in the intra-squad match on the eve of the announcement of the Test squad he is destined to relinquish his spot to Marcus Harris who made 67 in the first-class match against Worcestershire between Tests.

On the bowling front the selectors must decide whether they break up the quartet that ushered them to victory at Birmingham.

James Pattinson was the team’s best bowler in the first innings and Siddle at times unplayable in the second yet both captured just two wickets each.

Langer disclosed after the Test that the game plan for this series is to dry up England’s scoring, a task that Siddle relished.

There will be a temptation to bring back Josh Hazlewood to fulfil the strangulation role after he captured 3-34 off 15 overs against Worcestershire.

Mitchell Starc was being talked up for a recall at Lord’s but he bled runs against Worcestershire and his inability to knock over the tail – the last two stands added 91 runs – may go against him.

With a three-day turnaround between the second and third Tests the selectors may well keep their powder dry and allow the foursome of Pat Cummins, Pattinson, Siddle and Lyon to roll out at Lord’s ahead of making changes for Leeds.

Everything points to Australia reaching that Test at Headingley with a two-nil series lead.