The world's most rugby-mad nation - by players per capita

If player numbers per capita are an accurate gauge, the most rugby-mad nation in the world is not three-time World Cup winner New Zealand, double champion South Africa or Northern Hemisphere stronghold Wales.

The most rugby-mad nation by this method of evaluation is tiny Tonga in the South Pacific. This will surprise few, of course, as the nation of just 110,000 is a World Cup regular and in 2011 defeated subsequent finalist France.

According to World Rugby statistics, Tonga has over 22,000 registered players, making one in 4.85 Tongans a participant!

The minuscule nation of Niue follows with roughly one in seven citizens involved in the game, although this only translates to 225. Fiji is third on the list with more that 120,000 players – ahead of Wales, Ireland and Scotland – which equates to one in every seven-and-a-half citizens. This is all the more remarkable given the Indian third of the population is not deeply involved in rugby.

Wales follow at one in 36, or 83,000 players from a population of just over three million. But from there it’s a long drop down to the next major playing nation on the list – Ireland at one in 65. In Scotland, Australia, England, France and, yes, South Africa, less than one in a hundred citizens is registered as a rugby player. In Argentina it’s one in 428, and in Italy one in 678.

As for this year’s World Cup host Japan, the figure is roughly one in 1200, Canada’s is closer to one in 1400, and the USA’s is about half that. Indeed, while America is being touted as a future World Cup host with 120,000 registered players and pro rugby up and running, the popularity of the game there compares with Switzerland and Senegal on a players-per-capita basis!

Tonga, of course, is the ancestral home of arguably the greatest rugby player the world has ever seen, giant All Blacks winger Jonah Lomu. 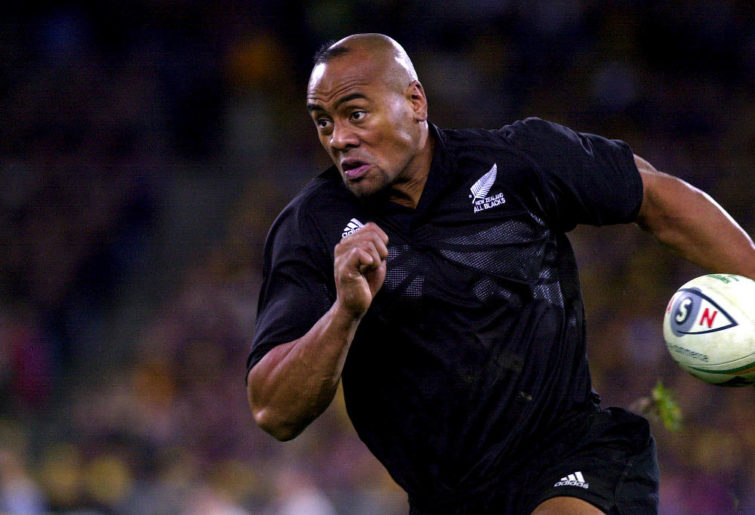 The island’s citizens have been listed as among the biggest in the world. They are not the tallest, however. That position is claimed by the Dutch and Serbs with an average male height of just over six feet (1.83 metres).

Unlike its neighbours, Tonga has never been colonised, and is believed to have established its own Pacific empire in ancient times. Its warriors were held in great esteem and even hired as police on other islands. Tonga remains the only kingdom in the Pacific, with Tupou VI ascending to the throne seven years ago.

The Ikale Tahi (Sea Eagles) won their first ever Test match in 1924, 9-6 against Fiji in Nuku’alofa. The match was played on a pitch with a tree in the middle, and apparently kicked off at 7am so that the locals would be able to go to work afterward!

A fierce rivalry developed, with honours more or less shared over the next few decades. Meanwhile, Tonga also won their first few encounters with New Zealand Maori and recorded six wins and a draw against Samoa. The biggest shock came in 1974, however, when they defeated the Wallabies 16-11 in Brisbane after dropping the first Test – scoring four tries to one in the process.

Briefly occupied by Germany prior to the First World War, Samoa were a little slower out of the blocks in rugby terms. Despite also winning their first Test with Fiji in 1924, they would go on to lose the vast majority of their encounters with both that nation and Tonga during the amateur era. Indeed, Samoa were not even invited to the inaugural World Cup.

The team burst onto the international stage with victory over Wales at the second instalment, and met with similar success in South Africa four years later. But this was due in no small part to the contribution of New Zealand-based players like Peter Fatialofa, France Bunce and Brian Lima.

There are about 144,000 New Zealanders of Samoan birth or ancestry, and around 60,000 Tongans. Many have gone on to represent the All Blacks themselves, of course, including several prominent members of the current squad. In fact, it was estimated that one fifth of the players at the 2015 World Cup were of Pacific Island origin.