The highs and lows of a long AFL season

North Melbourne lost seven of their first nine games, decided it was time to part ways with their coach after a decade, won his send-off game, reeled off four wins in five weeks under their new mentor, gave him a long-term deal, and then put up their lowest score since joining the then-VFL in 1925.

All of those things happened this season, which still has plenty to play out.

We often forget how long an AFL season is, and how much it ebbs and flows for most teams. The Kangas are just one example.

Richmond were floundering in ninth spot at the conclusion of the bye rounds. They had seven wins from 13 games, a lousy percentage of 92 and had dropped three straight games – the closest of them a 33-point defeat at the hands of the Crows.

The Tigers have since won seven straight to sit a game clear in fourth spot and with home games against the two sides directly above them to complete the home-and-away season, could yet finish top two.

Conversely, fellow contenders Collingwood and Geelong have gone off the boil since their bye. The Pies are 4-4 after a 9-3 start, while the Cats have also split their past eight games, alternating between victory and defeat each week.

It’s fashionable to write them both off – Collingwood are missing too many good players; Geelong have been figured out.

But as the Tigers have shown us, things can change dramatically in an AFL season, and with a fortnight to play, there’s still plenty of time for the Magpies and Cats to piece things together – Geelong are still on top of the table, after all, and Collingwood are all but guaranteed at least one home final, with the top four still in play. 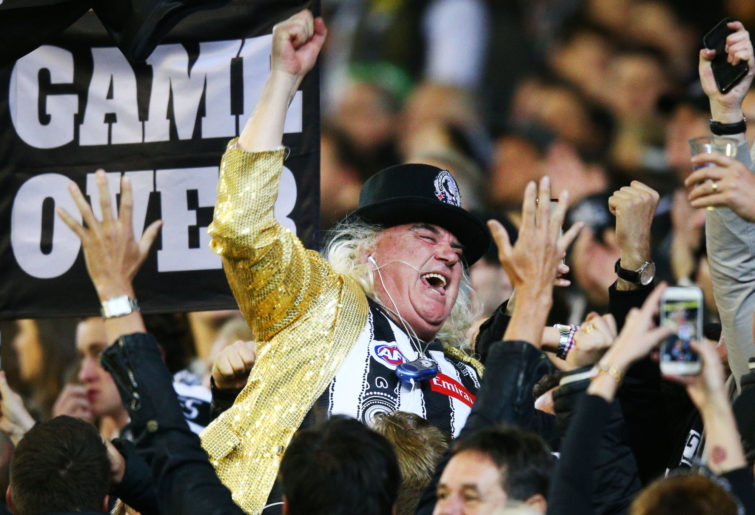 No one needs to tell the Giants how long the season is. Greater Western Sydney might not be able to field a 22 come finals time the way their players are dropping.

There was the usual cliched criticism of the AFL’s youngest club after they were iced by the Hawks on Friday night – frontrunners, mentally weak, unable to adapt, etc.

Sometimes the simplest explanation is the right one.

One more thing
Seeing Friday night’s Giants-Hawks game played in snow was fantastic. I was envious of those in the Canberra crowd who turned out in numbers well beyond expectation and seemed to love every minute of it.

Despite the great time had by so many on a rare event, the complaints came thick and fast about scheduling a game on a cold night in Canberra – heaven forbid we play a winter sport during winter.

It might be a valid complaint if it was a regular occurrence, but seeing as it’s the first time it’s happened in my 30-odd years on this Earth, we can probably just take – and enjoy – this night for the rare night that it was.

A night later, in perhaps their most significant game since the 2016 grand final, the Bulldogs steamrolled the Bombers to the tune of 104 points in a powerful display that included 21-straight goals.

Elsewhere, the Cats flexed their muscles and held North Melbourne to a single goal.

Was the narrative that followed about how cool Snow Game was, or how Alastair Clarkson has figured out GWS, or how strong the Dogs or Cats looked?

Of course not. The biggest story out of every game was the negative aspect of it. It’s a familiar theme this season and it’s bloody exhausting.