The Warriors are predicted to have a down year this season due to the loss of Kevin Durant, DeMarcus Cousins and many other of their key role players. Most people, including myself, have them ranked low in the top eight to finish the season.

However, if there is one player that should never be underestimated, it is Stephen Curry. With the loss of Kevin Durant and many of the Warriors’ components in winning a championship, the majority of the workload will lie on Curry’s back. I believe he will take this in stride and earn himself a third MVP award.

The two-time former MVP and three-time NBA champion has been instrumental to the Warriors dynasty. He was the first unanimous MVP award winner in 2016, which was his second straight MVP award where he led the Warriors team consisting of Draymond Green and Klay Thompson to a 73-9 record, the best record ever recorded by an NBA team during the regular season.

While the Warriors did not win the championship that season, falling to the Cleveland Cavaliers in a thrilling Game 7, Steph was brilliant all year round. It was also the last time the team was without Kevin Durant.

Fast-forward to 2019 and Kevin Durant’s tenure with the Warriors ends after three finals appearances and two championships, leaving people to wonder how many more the Warriors would have won if he had stuck around. And this is the first time Steph Curry has been in a position to snatch another MVP award since 2016.

The man who has reinvented the game into a three-point dominated league where players can shoot shots from almost half-court is left with a team that lacks depth, an injured star in Klay Thompson, another guard who may not fit the system in D’Angelo Russell and Draymond Green, whose offensive game can leave a lot to be desired. This will leave Steph Curry with the majority of the responsibility to make sure the team plays at a high level, with the ball being mostly in his hands.

Last season while playing alongside Kevin Durant and Klay Thompson Curry averaged 27.3 points per game, his highest since his first MVP win in 2015. With more of the scoring coming through Curry this season, I expect him to average at least 30 points a game, and he will likely rank at the top of the points per game averages next season. Curry can also be a good distributor and get his teammates involved in the game. 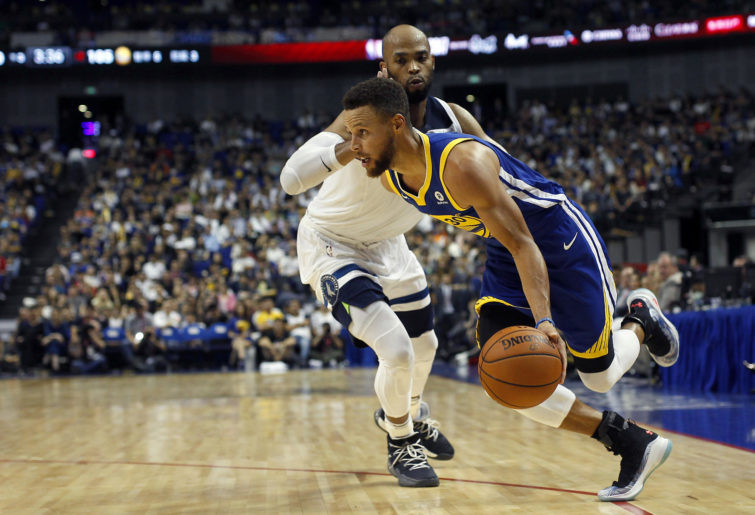 The MVP award going to Curry will not be based on averages, as Curry is in his prime and will likely average a high volume of shots and therefore points. It will depend on the Warriors standing in the conference. However, the Warriors still have four all-star calibre players on the team, and I believe they could finish anywhere between fourth to eighth, even though I placed them as seventh in my Western Conference standings.

While the Bucks and Giannis Antetokounmpo sit with the highest of expectations this season, where the Warriors and Curry sit in the unusual place of having no expectations placed upon them. Most people have already written them off due to Thompson’s injury and Durant’s departure.

With no expectations and nothing to lose, I expect Steph Curry to take advantage of this and defy the odds, putting on a show all season and snagging the MVP award away from Antetokounmpo.