We in Sydney are in the midst of a stadium crisis.

At the beginning of this year we had the SFS (or Allianz Stadium) with a capacity of 46,000. We had no stadium in Parramatta.

We now have no SFS – only a space that looks like ancient ruins in Greece – but we do have the BankWest Stadium, which is new and has a capacity of 30,000 spectators. On all reports, everyone loves this new stadium, which has great sight lines and is totally rectangular. That keeps everyone happy, except the AFL people.

The Sydney Swans have the iconic SCG and the Giants have a nearby oval stadium at Homebush, but their crowds are so small that they would pack out any suburban cricket ground.

The whole question of whether Sydney needs another SFS where the original Sydney Sports Ground originally stood was hot news before the last state election and some commentators say that the disastrous show by Labor at that election was partly caused their leader’s clumsy politicking and his vehement opposition to the rebuilding.

It is clear that we do need another rectangular stadium in Sydney and the site at Moore Park will eventually be well serviced by light rail, which should be ready to rumble before the messiah arrives. 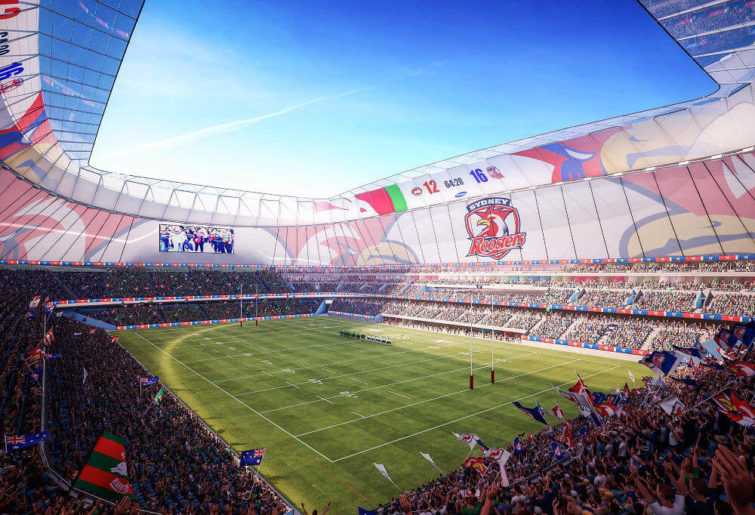 My question is why the 46,000 capacity? This figure would be reached no more than three or four times per year and a smaller leaner facility would to some extent keep the locals happier.

With the average NRL, football and Super Rugby crowds well under 30,000, nobody would suffer.

But the best reason is that it would be cheaper to build and we can spend the balance on schools, hospitals and even more importantly Vivid lights or New Year’s Eve fireworks.

The redevelopment of ANZ Stadium into rectangular mode should have a capacity of 60,000, which would make it more economic. This would be cheaper, more useful and hopefully not take an age to build.

I hope that common sense will prevail but I am fearful that the ‘bigger is better’ policy will be forced upon us.