All Blacks vs Wallabies: Bledisloe 2 preview and prediction

The Wallabies will be looking to replicate their shock 21-point win last week when they play the All Blacks in Auckland.

The All Blacks could be knocked off the top of the world rankings this weekend. Regardless of the result in this match, a win for Wales over England would put the Welsh to No.1.

A loss by 16 or more would drop New Zealand down to sixth, which would be a first for the Kiwis, who have only ever been as low as third.

Last weekend, Australia brought their A-game. They’ll need to back it up with another just-as-strong performance if they’re to beat the All Blacks at Eden Park.

If Michael Cheika’s men were to win, it’d be the first Bledisloe Cup series victory since 2002, and the first win at Eden Park for 33 years.

The All Blacks aren’t invincible on home turf. They lost last year to South Africa, and in 2017 they went down to the British and Irish Lions.

Last weekend was a diamond in the rough. The Wallabies severely underperformed in the Rugby Championship, falling short to South African ‘B’ team, and trying their hardest to lose to Argentina.

But the Perth clash was different for the men in gold. They didn’t drop the simple passes, or constantly lose the ball at lineout time.

Their forward pack ticked all the boxes, and the backline created – and finished – a number of chances in what was the biggest ever score against the ABs.

Admittedly, some luck went their way. The best lock in World Rugby, Brodie Retallick, was ruled out with a shoulder injury. And another lock, Scott Barrett, was red-carded shortly before halftime.

Beauden Barrett, who carved the Aussies up last year, scoring four tries in game two, ran out at fullback once again, instead of his normal No.10, limiting his impact.

James O’Connor impressed in his return to Wallabies colours, setting up Reece Hodge’s try, with a one-handed offload.

Refereeing wasn’t the biggest talking point from the match, but there were post-game complaints about neck-rolling and entering from the side at the breakdown.

This will only be more relevant in the return game. New Zealand played Ardie Savea and Sam Cane, who are both openside flankers, in the starting team. They’ve opted for this combination again in Auckland, and will want a bigger return on investment against a Pocock-less Australian back row.

Steve Hansen’s men are rarely rattled. But some of their selections this week suggest a few nerves.

Rieko Ioane has been dropped for Sevu Reece, who, this time last year, was playing for Waikato in the Mitre 10 Cup.

Ben Smith, on the other wing, has been dumped, as has Owen Franks, as George Bridge and Nepo Laulala take over.

Richie Mo’unga stays at 10, which accommodates Reece, who’s scored many of his tries in Super Rugby via crossfield kicks from his Crusaders teammate.

Anton Lienert-Brown moves to 13. Jack Goodhue sits out, and Sonny Bill-Williams returns to inside centre. Blues enforcer Patrick Tuipolotu slots in for the suspended Scott Barrett.

Michael Cheika has employed the “don’t change a winning formula” approach, making only one replacement, with Adam Coleman returning for Rory Arnold. 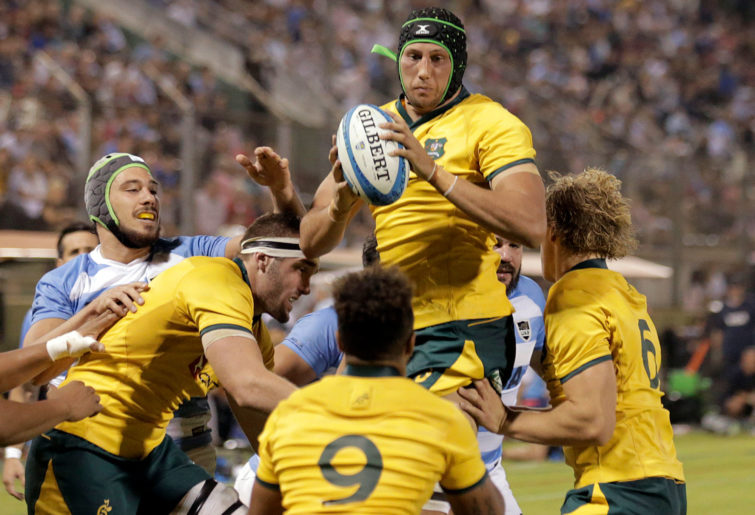 The Rebels captain is a similar player to Arnold, but he doesn’t have the same combination with Lukhan Salakaia-Loto.

David Pocock will miss this game, after coming so close to being picked. He’s expected to play against Samoa next month however.

Prediction
The Wallabies can win this game. The second half last week showed that. But it’s unlikely that they’ll beat the All Blacks for a second week in a row. The hosts will be extra motivated, after a below-par Rugby Championship.