It's now or never for Leon Cameron's Giants

Coach Leon Cameron is said to be driving the only Ferrari in Western Sydney.

A Ferrari like no other – one with speed, agility and strength across every department. And when it gets out into the open field, it leaves most in its wake.

Yet over the years this has become a metaphor that has only exacerbated the criticism that comes Cameron’s way following poor performances, like last week’s showing under the Friday night lights in the wind and snow in Canberra, where it was proved once again that when the going gets tough the engine of the orange Ferrari malfunctions.

Injuries are one excuse. The Giants have been hit hard by the unfortunate reality of the most physically demanding sport; however, their struggles go significantly deeper than that. 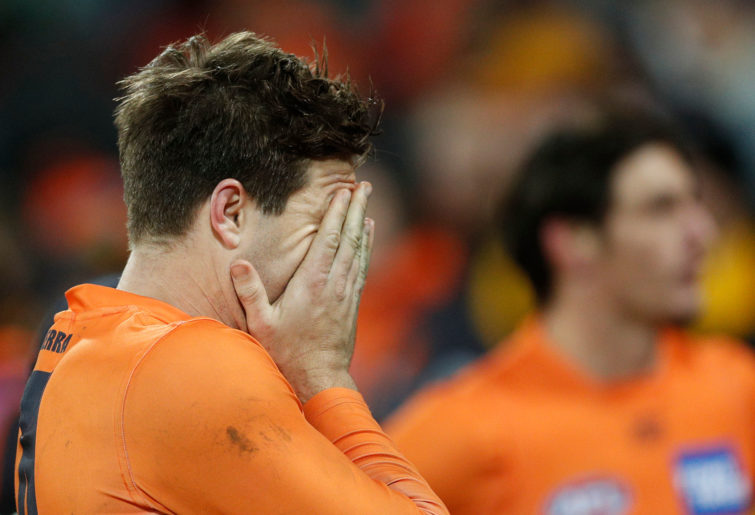 If plan A doesn’t work, the Giants rarely win. This has been the case for some time.

When Lachie Whitfield is closely monitored, Jeremy Cameron’s leading lanes are blocked and Nick Haynes is unable to incept mark across halfback, and the Ferrari struggles when it’s forced off the familiar highway.

Ferraris don’t perform in congestion either.

If the Giants’ ball movement can be negated to play slow up-the-line football, as the Hawks and equally the conditions did last Friday night, the men in orange appear to have little in terms of backup plans.

This hasn’t boded well for the young club under finals-like pressure, where you are rarely afforded the time and space.

So it begs the question: if the Giants are unable to win a premiership in this year or next, will this period be deemed a failure?

While the AFL’s desperation to insert Australian Rules football into rugby heartland meant giving the Giants more than just a double 50-metre penalty through high salary incentives to attract players from other clubs and a plethora of top draft picks, the AFL’s own measures of equalisation are slowly bringing the Giants back to the rest with each passing year.

After last season, Dylan Shiel left for the Bombers, Rory Lobb flew west to Fremantle and Tom Scully headed to Hawthorn. The year before that it was Devon Smith and Nathan Wilson who abandoned ship.

At the end of this season too it appears Steven Coniglio may be headed for greener pastures, as may Jon Patton and Adam Tomlinson. And there will be more to follow as the lure of heading home and salary cap restraints force top talent out the door.

Time is running out for the most talented list in the competition.

Off the field the Giants continue to kick plenty of goals. Membership has risen over 20 per cent this year to over 30,000 members, pointing to the success of the club’s strong community engagement programs to develop and promote the game in the region.

But what will happen when they’re back with the rest?

It’s time for Leon Cameron to show his side have more than just sixth gear. The response this week against the red-hot Western Bulldogs will go a long way to pushing away the flat-track bully tag that hovers over the club.

It’s a tag they never intended to have. But it will define this group and their coach unless they find some silverware somewhere soon along the road.

‘This hasn’t happened since he was in primary school!’ 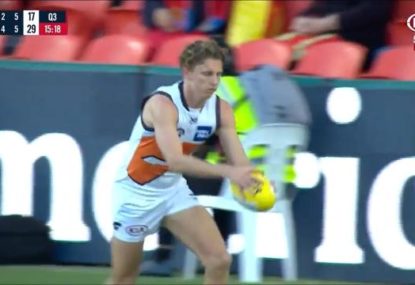